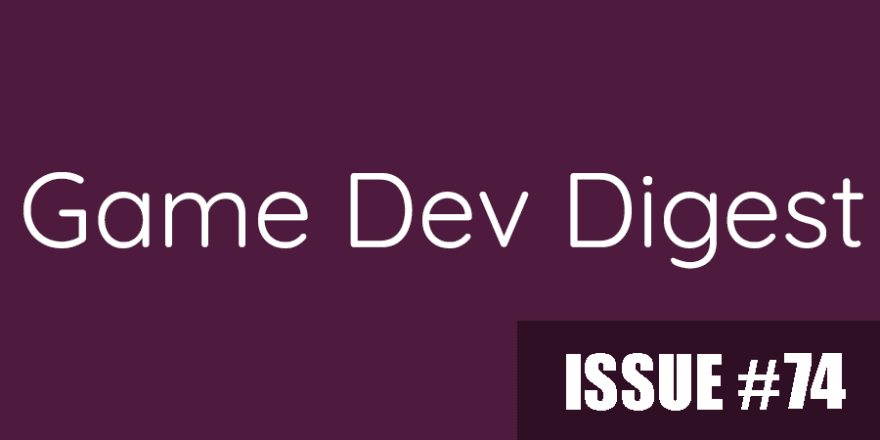 It's Friday (Friday, Friday...), gotta get down with some game dev, so here you go. Enjoy!

A Guide to Handling Huge Worlds in Unity – Part 1 - In this tutorial series you’re going to learn how to handle huge worlds in Unity. When you have a game with a huge world (potentially infinite), you may face some problems due to the limited resources of the computers.
Renan Oliveira

Grass Geometry Shader with Interactivity (Part 1, the shader) - Here is finally the interactive grass geometry shader. This part is the shader itself, it will work on meshes like planes, next part will be an editor script to paint the grass where you want it.
Minions Art

Black skin in your stylized dimly-lit video game - I'm workin' on a new tutorial right now about deferred point light attenuation tricks, and, like the last tutorial, I'm using Michelle, a free model from Mixamo, but the explanation I wrote about how to light her nicely ended up being tutorial-length in itself, so I've broken it out into its own feature for your enjoyment and edification. Lighting Michelle requires such a lengthy explanation because she is a Black character.
Team Dogpit

Building a Random Quest Generator - I wanted a low maintenance way to generate random quests for my game. So I created an awesome Factory class that did not require maintenance or upkeep as I added new quests. Keep reading to find out how I did it…
WeirdBeard's Blog

Design Patterns in Unity3D #2 - Decorator - Today let's talk another design pattern that is commonly used in game programming, Decorator pattern. This pattern, as the name stands, decorates/modifies an object, adding some more functionalities to it without changing the structure of the decorated object.
Todo Daniel Sidabalok

Unity Multiplayer: Create a Multiplayer Game Using the New Input System for Multiplayer Controls - Here are the steps to create your own multiplayer controls in Unity which we discuss in greater detail below.
www.monkeykidgc.com

unitytips: Editor internal menus - Unity Editor has a kind of an easter-egg where you can enable internal menus, like Project / Save As Template, Screenshots, etc.
diegogiacomelli.com.br 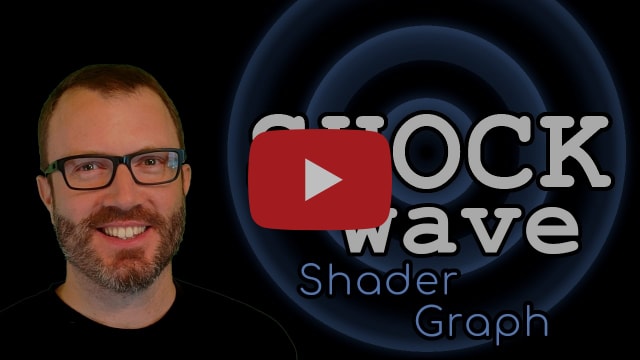 Shader Graph: Create for both URP and HDRP | Unite Now 2020 - In this video, we'll show you a demo of the new Shader Graph updates in Unity 2020.2, which makes it much easier to create graphs that work in both the Universal Render Pipeline (URP) and the High Definition Render Pipeline (HDRP). We also show you how to use the new Graph Inspector and the Master Stack output, and discuss project upgrade considerations.
Unity

MGS4 Octocamo, Terrains and Shader Graph Scripting (URP) - Metal Gear Solid 4 features many gameplay systems, one of which is called Octocamo - a camouflage suit that automatically adapts to your surroundings. In this video, learn how to make shaders and scripting work together, and get a quick look at several Unity systems including terrains, animations and Cinemachine!
Daniel Ilett

Simple Glow With Unlit! | Unity Shadergraph Tutorial - In this video, I show you how to make a simple emission/glow shader in Unity's Shadergraph, using Unlit instead of PBR Lit.
Swirlhead

Grass Fields in Unity URP! Procedurally Generated Blades using a Compute Shader | Game Dev Tutorial - Grass is a tough thing to render for any game. I've shown two ways to do it, and here's a third approach! This uses a compute shader to extrude a blade of grass from each triangle on a source mesh. The blades dynamically simplify when far from the camera, helping you to create large fields, and wave with the wind too.
Ned Makes Games

Using HDRP in an FPS project | Prototype Series - In this episode of the Unity Prototyping series, we showcase how used HDRP to enhance the wall-run prototype we've created in the first episode of the FPS Wall Run prototype!
Unity

Artist workflows with Maya and Unity | Unite Now 2020 - If you’re an animator who uses Autodesk Maya, learn how several key Unity features can help you achieve your goals, and how the Unity environment maps to your expected animation workflows.
Unity

Math for Game Programmers: Noise-Based RNG - In this 2017 GDC talk, SMU Guildhall's Squirrel Eiserloh discuss RNGs vs. noise functions, and shows how the latter can replace the former in your math library and provide many other benefits (unordered access, better reseeding, record/playback, network loss tolerance, lock-free parallelization, etc.) while being smaller, faster, and easier to use.
GDC

Adding features to native apps with Unity as a Library | Unite Now 2020 - With Unity 2019 LTS, we officially give creators the ability to insert features powered by Unity, including augmented reality (AR), directly into native apps. Attend this session hosted by Dan Miller, senior XR technical marketer, as he shares an overview of when to use Unity as a Library, how to use it, and factors to consider before getting started.
Unity

Capturing profiler stats at runtime | Unite Now 2020 - Learn how to get precise performance metrics while your project runs on your target device. In this session, we use Unity 2020.2’s new runtime ProfilerRecorder API to capture and display in-game profiling stats like draw calls.
Unity

How to Blend/Switch Between Cinemachine Cameras - Unity 2020 - How to switch or blend between cameras! This is easily applicable to other use cases where you have certain events that trigger the camera switch; you'd just switch the animator state through code when an event happens or switch the priority of the cameras through code depending on the camera you want to switch to.
samyam

Top 5 Ways to Break Unity (Fun Glitches) - My top 5 fun ways of breaking the Unity game engine. Prepare to see some crazy glitches, fractals and illusions while perhaps even learning a thing or two about how rendering in video games actually works.
Jonas Tyroller

Navigation in Unity3D (bot - click - controller) - Move your Unity Characters with the built in Unity Navmesh System. We'll deal with controller based navmesh movement, npc's using unity's built in astar pathfinding, and the navmeshagent component. You'll learn how to bake a navmesh, see some of the issues that come up, and be able to setup your own npcs that walk around the world by the end of the video (and animate).
Jason Weimann 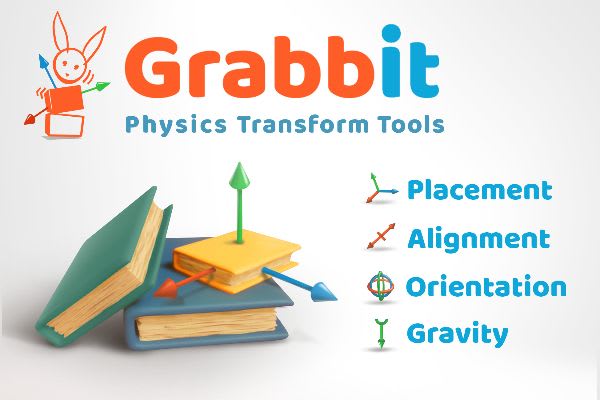 Move & organize your scenes more efficiently, and save work time with our agile Physics Rabbit.

Placing Objects only using the transform tools can be cumbersome and time-consuming. With our physics-based solution, you can create organic and natural-looking scenes much faster than with th traditional transform tools offered by Unity.

Grabbit assists you in your object placement and let you save tons of time on tasks that used to be tedious. No need for Rigidbodies or Colliders on your Objects, Grabbit takes care of everything, and keeps your scene clean.
Jungle Affiliate

MeshSync - Working together with MeshSyncDCCPlugins, MeshSync is a package for synchronizing meshes/models editing in DCC tools into Unity in real time. This allows devs to immediately see how things will look in-game while modelling.
unity3d-jp Open Source

Dialogue Graph - DialogueGraph is an open-source editor tool for the Unity game engine used to create branching conversation trees in an easy and straighforward way by connecting nodes, and setting up conditions and triggers for the different conversation branches. An obvious use case for this tool is to create conversations with NPCs, although the versatility of this tool allows for any kind of project that requires branching behaviour based on checks and triggers.
TeodorVecerdi Open Source 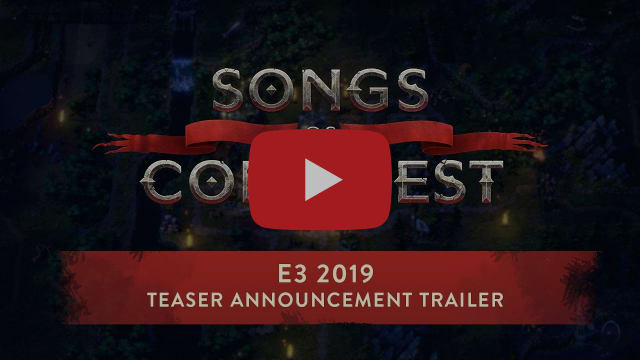 Songs of Conquest - Songs of Conquest is a turn based game where you build a kingdom, raise armies and control powerful magicians called wielders. You’ll quest around for loot, fight monsters, optimize build orders and strategies to pick off the enemy teams. We call it Classic Adventure Strategy, for short.

Combat will be a major part of the game. You’ll recruit troops and your wielders will command them on the battlefield. The wielders harness a magic called “The essence”. By combining your wielders skills with the essence of the troops you get access to powerful spells.

Heroku is removing the free tier