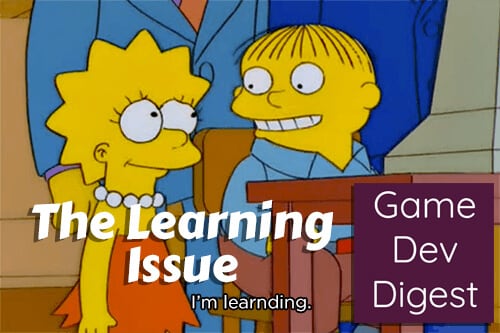 It's all about learning this week! Well, not all, but if you were in the mood to learn something there are some great resources below. On top of that there are the usual great posts about optimizing your game, improving the visuals, tutorials on how to implement some game mechanics, and a bunch of free tools.

Learn C# and Unity by Making Digital Tabletop Games - Building 2D games can be a great way to learn C# and Unity, especially when working through the basics of complex tabletop game logic. In this series, I’m going to introduce you to the basics of C# programming using Unity.
M. S. Farzan

Learn Unity Multiplayer Basics with Mirror - Unity is one of the most well-known and established engines for game development, and Mirror is a third-party, open source networking solution that allows you to add multiplayer to your games. With this new tutorial, we'll walk through the basics of Unity multiplayer development with Mirror!
M. S. Farzan

2D Game Development: From Zero to Hero - As well as being a source of knowledge this project aims to be a learning experience for everyone involved too, by gathering contributions from the community, teaching others how to make a game, teaching algorithms but also learning tips and tricks from people who are more experienced. [the book uses python, but covers a lot of general purposes CompSci topics useful in any game engine]
Daniele Penazzo

Practical Tips: Maximizing Your Unity Game's Performance [Part-1] - Here I want to share some thoughts and tips on how we can increase your game performance based on a few practical things that I learned through my mistakes over the past 5years.
Mahesh Athirala

Unity Memory Profiler: Where Are You Wasting Your Game’s Memory? (Part 2) - Today, I will show you around the neat memory map visualization mode that this experimental package brings to your table: How is your memory layout structured? What memory regions does Unity have? How fragmented is your memory?
The Gamedev Guru

Guide: Optimizing Unity's Build Size for Mobile Games - I will teach you how to get your Unity mobile game’s build size under 15 MB, so you don’t have problems building an Instant App for Google Play Store or an online WebGL version. I’ll present to you the steps I took to downscale an empty Unity project from 17 MB to 6 MB.
Busy Bytes

Swimming - This is the ninth installment of a tutorial series about controlling the movement of a character. It makes it possible to float in and move through water.
Catlike Coding

Great VR Portal Resources - I have been asked multiple times already if I can share more code from my project for the parts that handle the portals. So without further ado, here an (unsorted and continually expanded) list, broken into some broad categories.
Wetzold Studios

Go Back - Want to go back to the last asset you selected in the project view? No problem just hit ctrl + z
Josh Elden

C++ For C# Developers: Part 6 – Control Flow - Let’s continue the series with another nuts-and-bolts topic: control flow. The Venn diagram is largely overlap here, but both C# and C++ have their own unique features and some of the features in common have important differences between the two languages. Read on for the nitty-gritty!
JacksonDunstan.com

Bit Hacks in C# - Bit hacks are an incredibly powerful tool in every developer's toolbox. When used correctly, they can bring simplicity, performance, scalability, and even be used for compact data representation in probabilistic Data Structures.
LevelUp++ 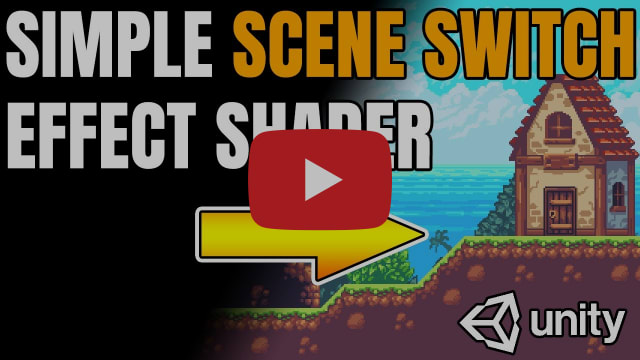 Scene Transitions Shader in Unity Tutorial - Learn how to create a simple shader to switch between scenes in interesting ways using just a gradient image!
gamesplusjames

High-fidelity visuals with HDRP - Unite Now - In this video, explore the High Definition Render Pipeline and learn how to manipulate its lighting tools to help create high-quality visuals.
Unity

Stacking up the new functionality in DOTS Physics - Unite Now - Learn what’s new with Unity Physics and Havok Physics for Unity. In this video you will get a brief recap of our Unite Copenhagen talk, then a deepdive into a cool example of how you can convert a GameObject-based simulation over to the Data-Oriented Technology Stack (DOTS).
Unity

Half-Life: Alyx - Liquid shader in Unity - A lot of good talented creators made their version of this cool liquid effect. Today we'll create our version of it on Unity.
TNTC

Wall Jumping in Unity Tutorial - Learn how to add wall jumping to your games in Unity!
gamesplusjames

How to create a Drag Indicator in Unity3d (3d mobile Game) - Today im going to show you how to make a Drag indicator for Mouse and Touch input using line renderer in unity 3d.
Vertex 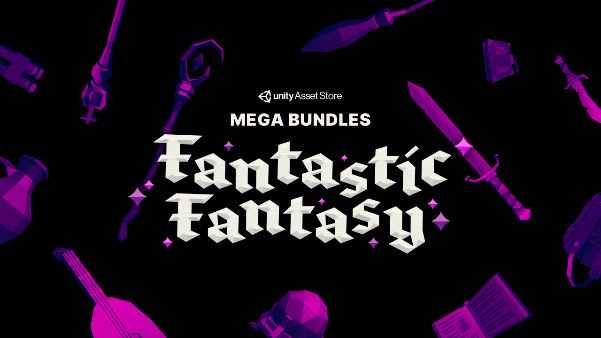 Fantasy Mega Bundles - Now through June 30th, we’re featuring up to 90% savings on a collection of high-quality fantasy tools and art in the low-poly style. Whether you’re new to creating games or a seasoned developer, these bundles boost your library of game-ready content for any future projects.
Unity Affiliate

ScriptableObject-Architecture - Makes using Scriptable Objects as a fundamental part of your architecture in Unity super easy. Based on Ryan Hipple's 2017 Unite talk. [also available on the Asset Store. Check out Thousand Ant's video review on it]
Everland Games Open Source

Prefab Asset Utility - A utility package that keeps track of the connections between prefabs and their attached assets. [Some examples, PrefabUtility.GetPrefabsWithComponent

KeyCodeDictionary - Made a KeyCode to string dictionary for displaying proper characters on binds. Might be useful for someone
Grant Oganyan Open Source

Mulligan Renamer - The Mulligan Renamer tool for Unity allows for quick and safe renaming of many assets or GameObjects all at once. It provides several ways to rename Objects including the ability to replace substrings, add prefixes and suffixes, add numbers, and delete characters from the front or back of the name of each Object.
Edward Rowe Open Source

UIPlayAudioWWise.cs - This little Unity3d MonoBehaviour connects Unity UI events to @audiokinetic WWise Events. If you're using WWise on your gamedev this code might save you some time and repetition.
Cory Trese Open Source

GroupGameObjects.cs - If you want to group items quickly (to create prefabs, duplicate or something), I wrote an extension to do it, pressing Ctrl+G. Also Undo functionality is working!
Juan Francisco Mora Palomino Open Source 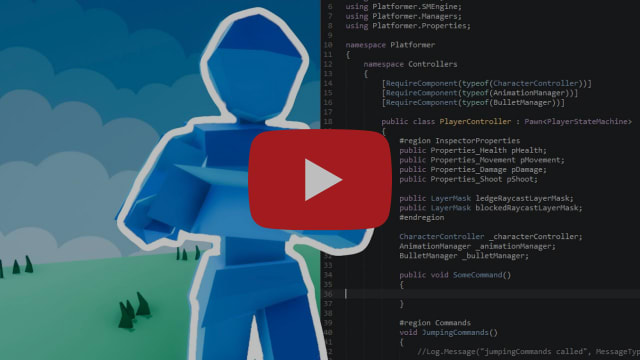 Creating Melee Combat For My Indie Game! (Unity FPS Devlog) - This devlog I create a new stage and some new melee mechanics for my split-screen FPS, Couch Combat!

How to generate absolute URLs in ASP.NET Core