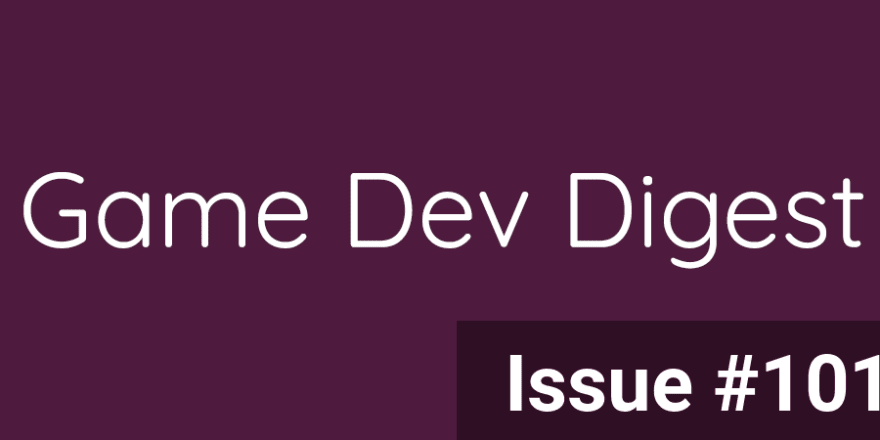 Let's give some love to UI this week, whether it's in-game or in the editor. Enjoy!

Volumetric Heat Diffusion for Automatic Mesh Skinning - I wanted to use the GPU-based mesh voxelizer we previously wrote to implement an automatic skinning algorithm. We’ll use a heat diffusion algorithm to radiate heat through the voxels to tie bones to vertices. This article focuses on the implementation of the volumetric heat diffusion algorithm. By the way, I’ll post a link to the code on Github at the end.
Bronson Zgeb

Data-Oriented Design (Or Why You Might Be Shooting Yourself in The Foot With OOP) - Picture this: Toward the end of the development cycle, your game crawls, but you don’t see any obvious hotspots in the profiler. The culprit? Random memory access patterns and constant cache misses. [more data-oriented design discussion on Hacker News]
gamesfromwithin.com

How to run jobs using BufferFromEntity in parallel: Children entities in a hash map - In my previous post, I talked about how to run jobs with ComponentDataFromEntity (CDFE) that writes to a list or a set of values in parallel. This is useful for parent-child relationships where the child entities are maintained in a list on the parent. In this post, I want to share with you a different variant of that design. What if the children are maintained in a hash map? How do we run jobs for that in parallel? Read on to find out.
Coffee Brain Games

State of Unity Distribution Portal: June 2021 - Find out below how Unity’s mobile game distribution solution is further assisting developers in mobile game store registrations and submissions; meet one of our new, uniquely rewarding partner stores; and see what else is new with UDP.
Unity 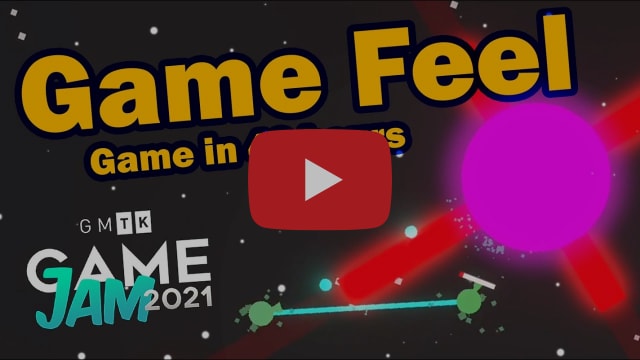 How I Made My Game Feel Awesome! - GMTK Game Jam - Unity Devlog - In this video I will be showcasing my GMTK 2021 gamejam entry called 'My Turret Friend' in which I focused on game feel. I wanted this game to feel incredibly fun to play, in which game feel takes a major role.
GoldenEvolution

Making a Snake with Snake Like Movement in Unity (Part 1/2) - In this tutorial, we use the game SNKRX as inspiration to push ourselves to make a feature found in a commercial game, namely the creation of a snake with different prefabs as bodyparts and the movement of that snake. This game is very thorough and good for people of all skill levels. I hope it helps!
Random Art Attack

FPS Shooter FADING HEALTH System in Unity - FPS Games like Battlefield and Call of Duty feature a fading health UI system, where incoming damage is received as a visual cue in the form of blood splatter effects and red indicators. I'll show you how to create the health UI, take damage from an explosive mine, use sound effects and regenerate your health over time by fading out this damaged effect.
SpeedTutor

New filmmaking tools for Unity - Mini Tutorial - A number of folks have asked me to break down how I achieved my latest short "What if Pacific Rim Was Cute?"
Little Mountain Animation

Drawing Boxes and Rectangles in URP Shader Graph with 2D SDFs! | Unity Game Dev Tutorial - Squares, boxes, and rounded rectangles are all common shapes you might want to draw in a shader. In this video, I show you how to do that using 2D signed distance fields, or SDFs. We'll derive the formula, recreate it in the shader graph, and then make some cool shaders to see it in action: including a mouse-controlled rectangle drawer, rainbow SDF visualizer, and procedural brick wall.
Ned Makes Games

Critiquing Game Visuals: Common Problems and How to Solve Them - In this 2019 GDC talk, Spry Fox's Ally Overton gives you tools to help you analyze your own game's visuals and give feedback on how to improve them.
GDC

Levelling Up Animations in Unity with IK - In this episode we take a look at how we can use tools like Final IK and the Animation Rigging Package to take our animations to the next level!
Game Dev Guide 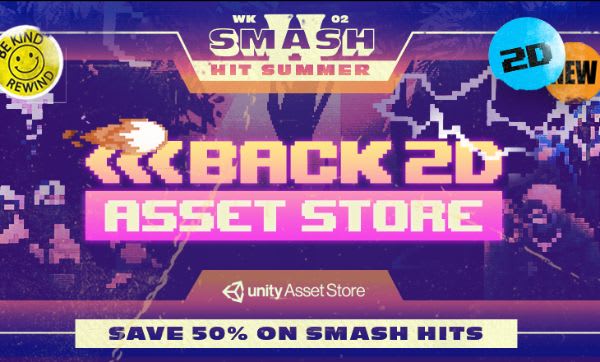 PixelGraphics - PixelGraphics is a collection of interactive foliage shaders for Unity Tested on Unity 2020.2 - PC & WebGL
[view it in action on Youtube]
aarthificial Open Source

VerticalDissolve - This shader allows you to dissolve objects in a vertical fashion, and provides several parameters to create unique transitions.
It can be edited through Amplify Shader Editor and contributions to the project are always welcome!
AdultLink Open Source

UniScript - Other C# scripts use mcs or roslyn. They're all compiler based not an interpreter however UniScript uses a SlowSharp as a backend which enables.... Sandboxing : Can prevent malicious call with Whitelist, Blacklist or your own rules.
Park June Chul Open Source

Scene View Picker - Sometimes scene hierarchies get complex and you get in a frustrating situation where you need to assign a field and you know exactly where it is in the scene, but it's hard to point out in the hierarchy. I figured: why not make something to allow you to assign fields by pointing where the object is in the scene? That's exactly what this is.
Roy Theunissen Open Source

Compilation Visualizer for Unity - This tool visualizes the assembly compilation process in Unity3D. It hooks into the Editor-provided events and nicely draws them on a timeline. That's especially helpful when trying to optimize compile times and dependencies between assemblies. Besides showing a graphical view of compilation, selecting an assembly shows both dependencies and dependents of that assembly.
needle-tools Open Source 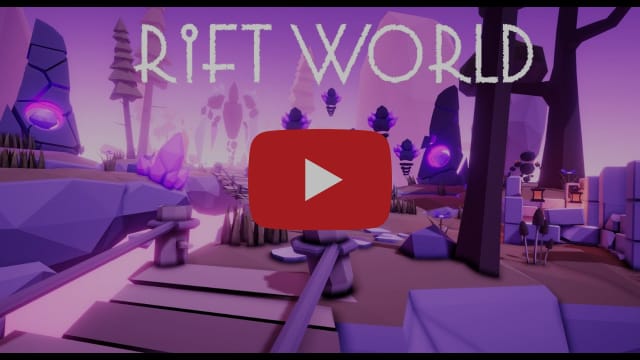 Rift World - RIFT WORLD Is a hardcore FPS game full of action-fueled magical encounters set in a surreal parallel world. You play as a young mage with a wanderlust for adventure, learning how to control raw sorcerous power and find a way through chaotic realms and hordes of fearsome enemies present within Rift World.

[You can back the game on Kickstarter, or try the demo now on Steam]
Cerulean Interactive

Announcing Appwrite 0.13 with Major Upgrades to Storage and Functions