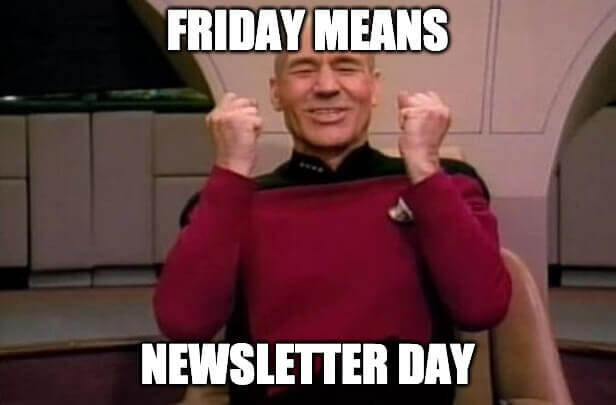 A ton of great content this week. If you want some comprehensive and simple to follow guides on improving different aspects of your game there are posts from The Game Dev Guru for you on performance, and RayWenderlich.com for accessibility.

If you love the graphics side of things, this week was heavy on the 2D shaders, shadergraph and effects. Check out the open-source assets near the bottom too.

On top of all that, there are some great courses and tutorials on everything from AI, to creating an FPS, to procedural content, and more.

Improving Accessibility in Unity Games – Part 1 - Take your games to the next level with support for a range of accessibility options. Help deal with subtitles, color blindness, audio controls and more!
raywenderlich.com

Checklist for a Top-Performing Game in 2020+ - In this post you'll get access to a Unity Performance Checklist to:
✓ Improve your CPU performance
✓ Reduce the GPU load
✓ Decrease memory usage, loading times and build sizes
The Gamedev Guru

Managing credentials at Unity - As part of our Secure Software Development Life Cycle (SSDLC) at Unity, we’d like to share our credential management strategy. Managing tokens, keys, and credentials in code, otherwise known as secrets, can be a daunting process.
Unity

Allocating Memory Within a Job: Part 2 - Last week’s article came to the conclusion that allocating Temp memory from within a job was safe. This week we’ll look into that a little deeper to find out that it might not be as safe as it looks!
JacksonDunstan.com

Digging into Terrain Paint Holes in Unity 2019.3 - Unity 2019.3 continues to bring more exciting updates to Unity’s Terrain system, including – by popular demand – the ability to create holes in your Terrain!
Unity

Behind the Lost Crypt: Art in our new 2D Sample project - We’ve recently hosted a webinar about our new 2D sample project, Lost Crypt. Huge thanks to all of you who joined and contributed to a great discussion about all things 2D! Many of your questions were about art creation and the integration between tools like Photoshop and Unity. You can watch the webinar recording and read their answers below.
Unity

Photoshop layers to Unity Sprites - Wow just learned that you can save ur image as a .psb which automatically separates your layers into sprites when you import the image into unity :-0
jenny jiao hsia

Dissolve Shader Breakdown - This shader effect uses noise and step functions to discard pixels (and for colouring edges) to create a dissolve effect. We can also have the dissolve based off other values, such as the fragment/pixel position to dissolve across the Y axis of the mesh for example. I’m also using a view space position based UVs to avoid seams in the noise.
Cyan

Shader Graph Normal Calculation - In my last tutorial, I went over the basics of manipulating vertices in both vertex and geometry shaders. If you remember, the challenge that kept arising was how to deal with normals. Especially shader graph normals. I had some solutions, but they weren’t as robust as I might like. Today we’ll explore how to fix normals, and how not fixing them can affect your lighting.
Game Dev Bill

2D Sprite Overlay Effects - The idea is to use soft sprites in a separate layer to fake lighting. There are other ways to make nicer lighting, but this is a really simple setup so I wanted to share :)
Minions Art

Baked Light Light Maps and Probes - This is the fifth part of a tutorial series about creating a custom scriptable render pipeline. It makes it possible to bake static lighting into maps and probes.
Catlike Coding

Camera Shake - You will learn to write a script to simulate camera shake. You will use Perlin noise to control the frequency and magnitude of the shake effect.
roystan.net

MeshGraphic.cs - Did you know that by extending UI.MaskableGraphic, you can draw arbitrary meshes in Unity3d UI? I've put together a simple 'MeshGraphic' implementation here.
Tobias Heinemann

PrefabDataCleaner - Made a tool for purging prefab instance data that has been left behind by field renames etc. Check your prefabs for bloat.
Fredrik Ludvigsen

InspectorName - You can use the "InspectorName" Attribute to change how an enum displays as inside the inspector! (2019.2+).
Cyan

C# Coding Standards - Here is a partial list of the C# coding standards my team uses and advocates. Most of these are industry-wide conventions and thus using them will ensure that your code is easily readable by people who are not you.
Jesse Liberty 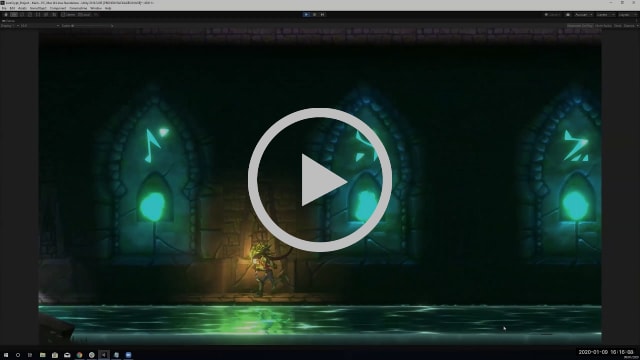 Splatters Effects in Unity - Learn how to add impact splatters to your game!
gamesplusjames

Monetize your games | Integrating Unity Ads into a Project - In this video you will learn how to integrate relevant ads natively into your game experience while maximizing revenue. Rewarded video is more engaging than any other online advertising format. With nearly 70% of users demonstrating favorable attitudes to rewarded video, Unity reaches them at scale without negatively impacting player retention.
Unity

Dissolving Logo With Particles : Unity Tutorial - In this video you will learn how to dissolve your logo using a particle system.
Binary Lunar

Endless Runner: Procedural Track Generation (Unity Tutorial) - In this video you will learn how to generate a procedurally generated random endless race track constructed from square prefab segments which connect to one another and don't overlap. The example game is a small endless runner game made with Unity.
Matt MirrorFish

Entering production in HDRP from an artist point of view - I did a little talk on Unity3d HDRP during the Global Game Jam 2020 in Koblenz, hosted by @BinaryImpactG. It'll cover some HDRP basics and some nifty tips :D
Jamie Nooten 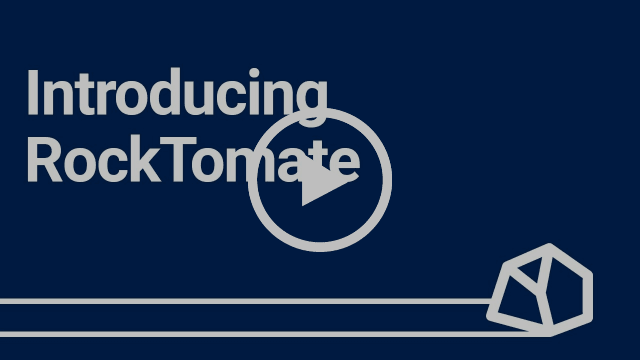 Do you want to build your game for MacOS, Linux and Windows and upload to your FTP server - all in a single click? Do you want to bake nav-meshes and lighting for all of your scenes without having to manually open them?

RockTomate can help you! It's an editor extension that lets you create automated jobs that can be executed via GUI, C# and Batch Mode!

Every action property can be resolved through formulas. Think of them like Excel formulas, but simpler. With formulas, you can get get variable values, or even run small functions!

Unity Project Window Menu Customizer - Editor extension that allows you to customize the menu that appears when you right-click on Project view.
baba_s Open Source

Introducing Ninichi’s Puzzle Pack (Royalty Free Video Game Music) - Do you need some music for your puzzle game? Do you want music that’s interesting to listen to and enhances the gameplay without overwhelming it? If so, have a listen to the video game music tracks in Puzzle Pack.
Ninichi

ProGen - Procedural Building Generator - ProGen is a custom Unity grid system that provides functionality to create procedural buildings and it uses theme(s) (or scriptable objects) which holds parameters to define how a building should be constructed. Some parameters include how many rows, columns, floors a building should have as well as styles for walls, roofs, doors, windows, windows with or without balconies, and additional parameters.

ProGen Randomizer is also included which provides many options to randomize building generation in real-time. ProGen Editor is included to allow creating a theme and including themes in the ProGen custom editor.
Dilmer Games Affiliate

kNormals - kNormals generates a world space normals texture for Unity's Universal Render Pipeline. It renders all opaque objects using a shader that outputs world space normals, writing them to a global texture shader variable. This texture can then be used for many screen space effects and on-GPU tools.
Kink3d Open Source 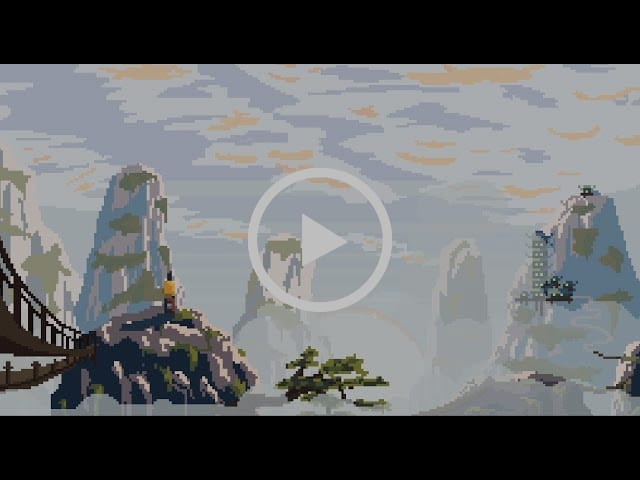 In order to keep the land from being torn apart you will need to find and master the five ancient fighting styles and defeat the different clans who want rule over the nation.

The full game will feature (at least) 5 different fighting styles based on the Kung Fu movies of old. Animal styles like Snake, Tiger and Praying Mantis but also Drunken Kung Fu and others will feature unique mechanics that fit their style. Stances can be switched on the fly for stylish combos.

Not a game for button mashers! A unique input system using the face buttons of a gamepad for inputting motion like strings. I also incorporate ideas from fighting games which you will need to practice in order to truly master them.
knifefoot