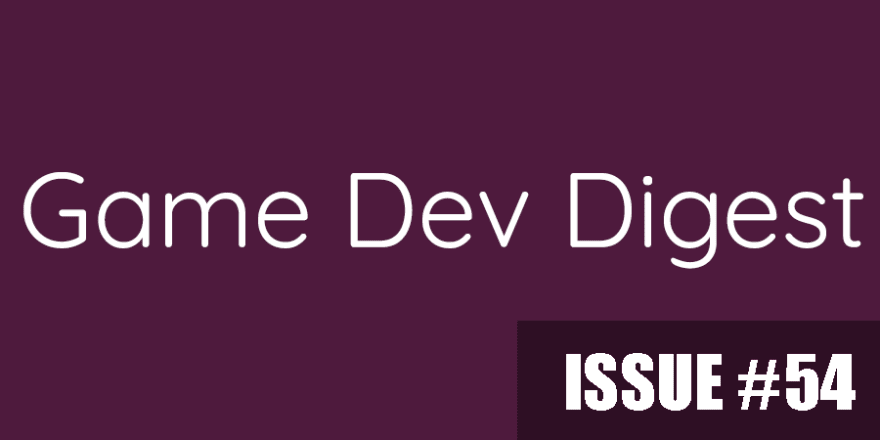 Some big releases for Unity devs this week, including editor version 2020.1 coming out of beta, and the Bolt asset for free.

Lighting was a big topic this week, as were shader and effect tutorials. That isn't all though, so dig right in!

Unity 2020.1 is now available - Our first TECH stream release of the year is available as of today. Unity 2020.1 includes a wide range of features and improvements that make Unity workflows even more intuitive and make you more productive, while Unity 2019 LTS remains the recommended version for projects in production.
Unity

Evolve your Graphics with new demo projects and sessions from Unite Now - In this blog, we rounded up Unite Now sessions, demos, projects, and other resources to help you take your graphics to the next level.
Unity

Sprite Outlines - I already talked about 2 ways of generating outlines in your programs, by analyzing the depth and normals of your scene or by rendering the model twice with a hull. Both of those assume we’re using opaque meshes that write into the depth buffer, if we’re using 2d sprites neither approach works. The approach for this tutorial uses the alpha channel of a texture to generate 2d outlines.
Ronja's Shader Tutorials

Using The Geometry Shader To Implement Model Explosion Effect - This article will show you how to use the geometry shader to turn the Stanford Armadillo model into sand.
Jiadong Chen

More Holograms in Shader Graph and URP - Last time, we took a look at holograms using a bright fresnel shell around the object and scanlines passing vertically through it. In many interpretations of holographic technology, artists often add glitches and other effects to make the effect look more believable - a perfect hologram can look too good. Today, we’re going to make a bunch of alterations to our hologram to remove shadows and add imperfections such as distortion and noise grain.
Daniel Ilett

“Entity Prefab” Management - Entity prefabs are different from the normal prefabs that we all know. For this post, I will just define them as converted prefabs which can then be instantiated/cloned using EntityManager.Instantiate() or EntityCommandBuffer.Instantiate(). They are merely represented as Entity values.
Coffee Brain Games

C++ For C# Developers: Part 10 – Struct Basics - Let’s continue the series today by starting to look at structs. These are far more powerful in C++ than in C#, so today we’ll start with basics like defining and initializing them. Read on to get started!
JacksonDunstan.com

Unity Addressables & SpriteAtlas: How to Efficiently Use Sprites - Are you using Unity UI or Sprite Renderers in your game? You might then have heard of the Unity SpriteAtlas feature... SpriteAtlas helps you reduce your game draw calls when rendering UI or sprites in Unity. However, sprite atlases are hard-to-tame beasts that can bite your hand off.
The Gamedev Guru 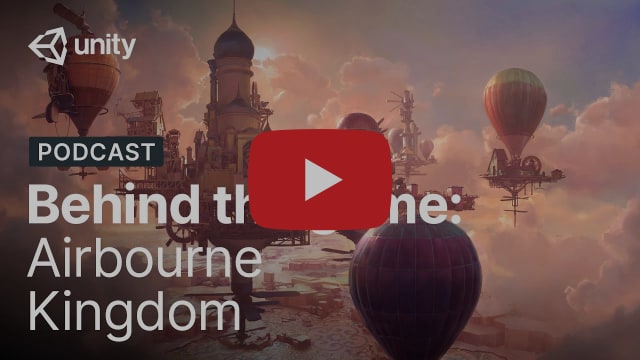 Behind the Game: Airborne Kingdom | Unite Now 2020 - Airborne Kingdom is a flying city-builder featuring a unique blend of exploration gameplay. In this video podcast learn about the creative process and Unity's tools that brought this flying world to life.
Unity

Unity 2020.1 is now available - This TECH release brings performance and workflow updates to innovative creators. If your project is beyond the prototyping phase, we recommend you use the latest Long-Term Support (LTS) version of Unity, Unity 2019 LTS.
Unity

Create your first action RPG with C# – Part 1 | Unite Now 2020 - In the first session of this three-part series, we guide you through the basics of using C# code to create an action role-playing game (ARPG).
Unity

Singletons Are Good Actually (Unity3D Devlog Tutorial) - We take a look at how Sam set up his Master Singleton in his game Zarvot, and many common problems and considerations taken, as well as the advantages and disadvantages of his “Master Singleton” structure.
Thousand Ant

Can Jobs be used for complex logic? Deep Dive into C# Job System - A dive into Unity 3D's C# Job System for longer running, complex logic. Comparing against the MonoBehaviour approach, looking at different job types, NativeArray Allocators and ways to dispose of them, Unity.Mathematics and the Burst Compiler and why these improve performance.
DesignerTech

Simulating Wind in URP (Shader Graph Tutorial) - In this video, we’re going to show you how you can use Shader Graph to simulate wind interacting with vegetation in your scene.
Unity

Making snow with VFX Graph | Unite Now 2020 - In this video, a Unity Certified Instructor walks you through a series of mini-challenges to create snow-like effects using Visual Effect Graph.
Unity

How I Light My Scenes in Unity 2020! | Tutorial (Beginner Friendly) - In this video, I'm fulfilling my promise from last week to cover Realistic Lighting in Unity 2020/2019.4 with HDRP (High Definition Render Pipeline) for environment designs, environment art, and level design!
Sykoo

Harnessing Light with URP and the GPU Lightmapper | Unite Now 2020 - In this video, you'll gain an understanding of how lights and shadows work in the Universal Render Pipeline, as well as how to set up a scenario with a mix of real-time shadows, Light Probes, and baked GI.
Unity

VR for Beginners using Unity - Hello, and welcome! Today, we're going to start our journey for exploring VR development using Unity. In this video, we will do a brief project overview and taking a look at the current VR plugin landscape.
VR with Andrew

Power Tools Mega Bundles - Users can save up to 90% with this powerful, curated set of top-quality tools and extensions through July 31.

$9.99 Bundle - save up to 85%
This bundle contains: Rainbow Folders 2, Tail Animator and Editor Console Pro.

$29.99 Bundle - save up to 88%
This bundle contains everything from the $9.99 bundle, plus Dynamic Bone, Nice Vibrations | Haptic Feedback for Mobile & Gamepads, Lean Touch+, Obi Rope, Path Painter™, and The Vegetation Engine.

Time Tracker (FREE) - Time Tracker is an editor extension that automatically keeps track of the time you spend on a project. It does this by looking at certain events e.g.: Importing Assets, Typing in the Editor, Closing the Editor...
PartTimeIndie Affiliate

Autotest - Autotest is a cross-platform unity module that execute scripts into your application in order to run automatic testing. This module is basically an embedded HTTP server that wait for a run request to execute the scripts found in its body. With all the pre-included functionalities, it is perfect for testing flows as Loading, UI or state machines. This module is also highly extensible for your custom needs.
MaxiPaille Open Source

Mobile Ads 2019 - A demo project with all supported advertisers already integrated and working. All you have to do is to import Mobile Ads from the Asset Store inside this project.
gleygames Open Source

Hand Drawn Lines - Give your shader outlines a natural wavy touch - breakdown in the comments, code below. Credit again to @alexanderameye for the awesome base shader
chrisloop Open Source 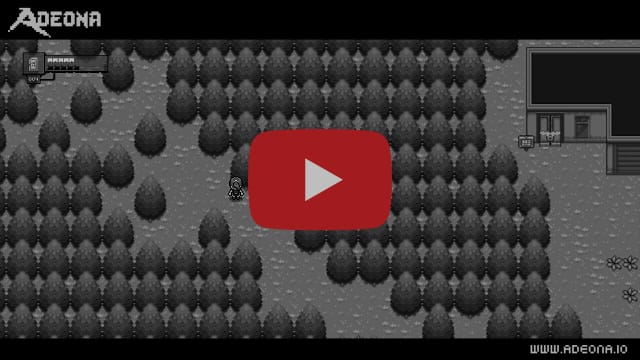 Adeona is a role-playing game developed by Box Attack Studios. Our game pays homage to the 16-bit era and tells a story of tribalism and ignorance in a post-apocalyptic world. You play as Amber, a young orphan on a quest to rescue her brother from the Gods of the Arkadia. Embark on an adventure of corruption and betrayal created by Drew Bushnell.

Fight your way to gods in a retro role-playing adventure. Can you survive a series of dungeons, hordes of minions, and blistering bosses? Amber is armed with slasher-style sword attacks, arrows, bombs, and a dash to solve the puzzles of Adeona. Explore and discover the rich history of Arkadia in classic 2D action.

[Download now on itch.io and read more on their devlog]
Box Attack Studios