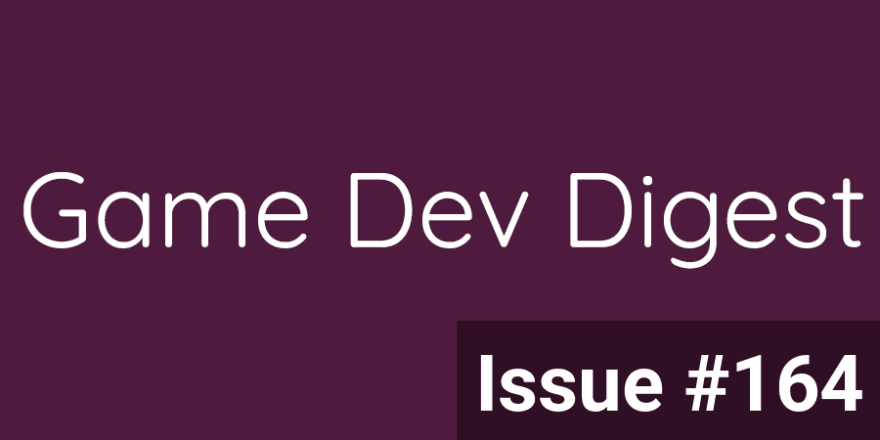 Rapid prototyping with new mobile Runner game template - At Unity, our recent focus has been to build a new template that helps developers create a shippable mobile game. Based on our experiences and feedback from other game developers and publishers, we designed this template to help speed up prototyping and iteration for a runner game.
Unity

Game UI Database: Collecting References to Inspire Designers - Creator Edd Coates shares why he started the project and talks about the plans for the database.
80.lv

Building Quality Shaders for Unity®: Using Shader Graphs and HLSL Shaders 1st ed. Edition - Understand what shaders are and what they’re used for: Shaders are often seen as mystical and difficult to develop, even by skilled programmers, artists, and developers from other game design disciplines. This book dispels that idea by building up your shader knowledge in stages, starting with fundamental shader mathematics and how shader development mindset differs from other types of art and programming, and slowly delves into topics such as vertex and fragment shaders, lighting, depth-based effects, texture mapping, and Shader Graph. This book presents each of these topics with a comprehensive breakdown, the required theory, and some practical applications for the techniques learned during each chapter. The HLSL (High Level Shading Language) code and Shader Graphs will be provided for each relevant section, as well as plenty of screenshots.
Daniel Ilett 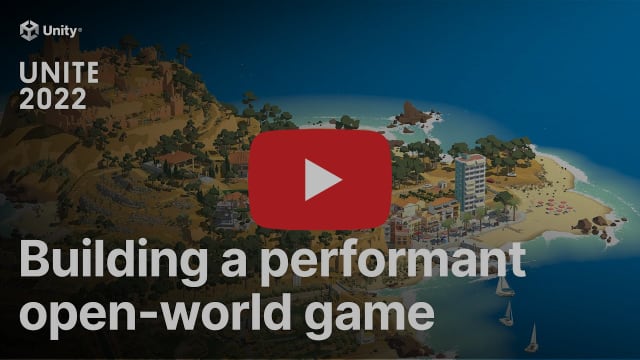 Making Alba: How to build a performant Open-World Game | Unite 2022 - Go behind the scenes with the custom tools and technology ustwo Games built to develop Alba: A Wildlife Adventure. Manesh guides you through the important dos and don’ts the studio followed in order to create this open-world game that runs on low-end mobile devices.
Unity

20 Advanced Coding Tips For Big Unity Projects - End spaghetti code! Learn the tools you need to write scalable, well-structured, clean code. So many game developers are forced to scrap their ambitious Unity games because they don't know these tips. As a young, self taught game developer, I didn’t discover these tools and techniques for years. Hopefully this video will help you to skip the learning curve and expose you to some of the more advanced programming devices that don’t get enough attention from the plethora of beginner Unity tutorials.
Tesseract

10 Things You NEED to Be Doing in Unity - A collection of vital tips and techniques I use in Unity every day. Some are Unity specific, while some are just good programming practices. Let me know if I taught you anything!
Tarodev

Customization complexity - Assets - Learn With LootLocker - Make variations of assets for your games easily. Use this to make hats, clothing, faction emblems and more. Fits all types of games such as roguelikes, RPG games, mmorpgs, but can also be useful for other games such as platformers or fighting games. Can be used together with an inventory system for your game to handle items, assets, loot box, loot crate, ability cooldown, equipping, unequipping, drop tables, loot tables, customization, soft currency and more for your game economy to increase revenue, playability, retention or an in-game store in your game.
LootLocker

Extending the Unity Editor with custom tools using UI Toolkit | Unite 2022 - Like building your own UI tools? Here we go step by step with the UI Builder to quickly create an Inspector for real-time Play mode debug data visualization. Then we’ll enhance it using USS Transitions and the Vector API, migrate it to a custom Editor window, and finally port it to the Player/Runtime.
Unity

Dev Tutorial #2: Sound Design - Creating Powerful Weapon Sounds From Scratch - This is a tutorial I've been meaning to make for a while - an in-depth and detailed breakdown of how I'm creating weapon sounds for my project from scratch.
Galaxy Grudge

Bake Your Animations to Greatly Improve Performance...For Some Use Cases | Unity Tutorial - In this Unity tutorial you will learn how to bake animations as a series of "snapshots" of meshes. These snapshots can be taken at a configurable framerate that suits your game.
LlamAcademy 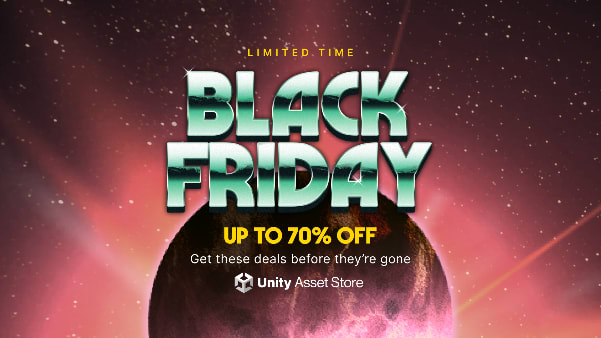 Learn To Create Game Art In Blender 2022 - Create amazing game art, assets & 3D models with these best-selling courses.
Learn 3D modeling and animation with Blender and teach yourself the digital art skills you need to make games today with this set of hands-on courses from GameDev.tv! Start with the Complete Blender Creator Course to build a foundation, and hone your technique with specialized courses in sculpting characters for games, building 3D worlds, painting textures, and much more.
Plus, your purchase will support SpecialEffect!
Humble Bundle Affiliate

Dynamic Signed Distance Fields (SDF) -- Now In Unity -- What They Are And Why You Should Care! - SDF or Signed Distance Fields are an increasingly common site in the world of game engines and computers graphics, from the dynamic lighting in the Godot game engine, to the Boolean modeling in MagicaCSG, to thousands upon thousands of shaders, SDF are everywhere.
Gamefromscratch

GoNorth - GoNorth is a web application used for planning the story and world of RPGs or other open world games. GoNorth is cross-plattform ready, provides multilanguage support and is designed as a responsive layout.
steffendx Open Source

Arch - A C# based Archetype Entity Component System (ECS).
Each Archetype stores their entities within 16KB sized chunks perfectly fitting into L1 Caches for maximum iteration performance. This technique has two main advantages, first of all it provides an great entity allocation speed and second it lowers the cache misses to the best possible minimum. Its incredible fast, especially for well architectured component structures and supports multithreading.
genaray Open Source

I've made a low poly castle for you to use in your projects for free! - [Direct download]
BlenderVoyage

Simple-optimized-A-Pathfinder - A simple pathfinder that I tried to optimize the maximum as I can, and share what I've discovered :)
brunomikoski Open Source

Polyhydra - Polyhydra is a toolkit for the procedural generation of geometric forms in Unity.
IxxyXR Open Source 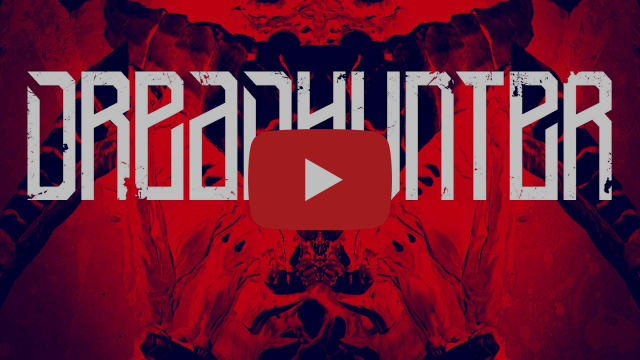 Dreadhunter - Plough through hordes of deadly monsters and defeat vicious bosses in an intense fast paced shooter RPG where all items are “legendary”, levels are ever-changing and combat is razor-sharp.

A Simple Union Between .NET Core and Python