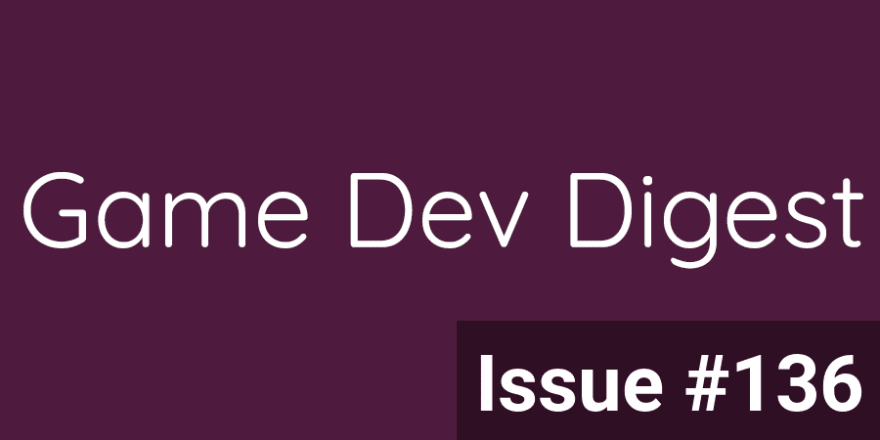 Hopefully you find something helpful from this issue for your own gamedev journey. Enjoy!

The best - and worst - ways to pitch media for game discovery? - I talk to Kate Gray - a veteran writer for sites like NintendoLife, Kotaku, and RockPaperShotgun - about what the media expects from game creators, how to attract media attention, and most importantly, the things NOT to do when approaching the press.
gamedeveloper.com

BatchRendererGroup API - The goal of this post is to look at the new BatchRendererGroup API (BRG) and implement the minimal BRG example, so it is easier to understand how to work with it. Then gradually add more complex functionality. In the end we would have this boids simulation rendered using BRG:
gamedev.center

A creator’s journey: How the founder of Kronnect pursued his publishing goals - Whether you’re a 3D artist or programmer, the Asset Store shows that your skills are desirable to other creators. That’s the case for Ramiro Oliva, the founder of popular Asset Store publisher Kronnect.
Unity

A History of Hup, the Jump Sound of Shooting Games - You can hear it in your head: the grunt your character makes when hopping a fence or leaping into battle. But no one quite remembers why it exists.
wired.com

Animator Controller as a Finite State Machine in Unity - Creating a Finite State Machine (FSM) for a game (or application) can start off with a simple diagram drawn on some scrap paper and implemented in Unity with a series of Switch conditions. However, that soon becomes difficult to visualise and therefore unmanageable. However, Unity already has a built in visualised FSM — the Animator.
pauliom.medium.com 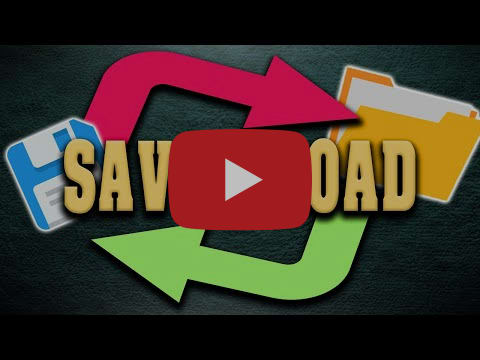 An Incredibly Powerful & Flexible SAVE LOAD System - Every single game (almost) needs some sort of Save & Load system. This is definitely my favorite.
BMo

Unity Shader Graph - Retro Effect Tutorial - Now you can easily add a Retro feeling to your game with this cool Shader Graph and Render Feature combination. With a few Post-Processing effects on top and that's it you got yourself a CRT / Old TV feeling. Enjoy!
Gabriel Aguiar Prod.

Simple & easy authentication with Guest Login - Player Authentication - Learn with LootLocker - Login, register and authenticate with the most simple and easy system for creating an account and logging in players for multiplayer and single player games in 2022.
LootLocker

Tips and Tricks For Better Level Setup in Unity - I share my personal techniques for managing Levels Setup and Creation in Unity.
Lost Relic Games

How To Make a Quest System in Unity | 2022 Tutorial - In this Unity 2022 tutorial, we will show you step by step how to create a robust quest system.
Blackthornprod

The secret to how I make games in Unity without an art team.. - Why the Asset store may not be enough.
Jason Weimann

10 Shaders in 10 Minutes - Unity Shader Graph - It's time for not just one shader, but 10! In this video, you'll learn about 10 different shader effects, what they are useful for, and how to make them in Shader Graph!
Daniel Ilett

What Elden Ring Did To Make The Eternal City Stars - In this shader case study we go over Elden Ring's eternal city star particles from theory to implementation. Discussed topics include random transformations, emission, optimized blurring, and bloom.
Acerola

There will also be a series of Flash Deals where select assets will be available in limited quantities for a deep discount. You can view the deals ahead of time to prepare.
Unity Affiliate

SPELL: The Spells Framework - SPELL is a framework for describing, composing and managing your game's spells and abilities.
emanzione Open Source

Free sound effect packs - Our professional free sound effect packs offer a convenient way to download themed selections of sounds without having to search the entire library. The collection is growing by the day and we are also adding in premium packs for our gold members too. All our packs are recorded and edited by pro sound designers and field recordists and can be downloaded as mp3 files for Basic members and mp3 or wav files for our Gold members. If you can’t find what you need here, we are certain you will in our main library.
zapsplat.com

EcsRx.Unity - EcsRx is a reactive take on the common ECS pattern with a well separated design, this library builds off that basis and adds unity specific helpers and functionality.
EcsRx Open Source

Debugging - Editor debugging utilities for Unity. All of these methods are accessed through DebugUtils.
vertxxyz Open Source

Srd - Serialization: Objects referenced from SerializeReference fields now have stable ids, which reduces risk of conflicts when multiple users collaborate on a scene file. This also improves support for undo and prefabs, especially when SerializeReference is used inside arrays and lists. There is a new format for references, with backward compatibility support for older assets.
AlexeyTaranov Open Source 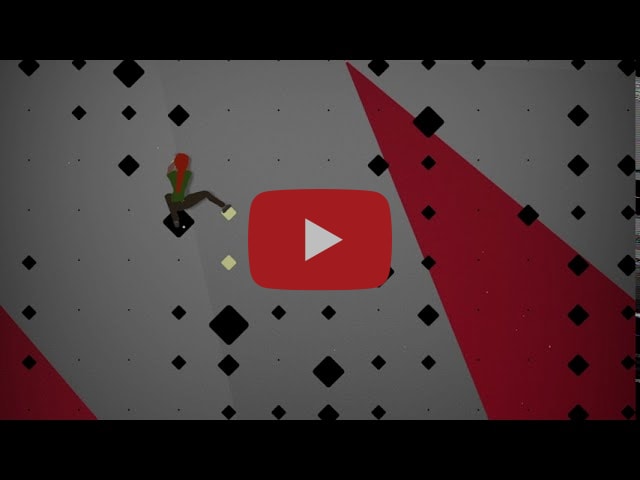 Crux: The Great Outdoors - Climbing is about carefully planning your route and flawless execution. In Crux you swipe on either side of the screen to move your hands or feet to a new hold - but each hold will only let you hang on for so long. Find the sequence of moves that get you to the top and execute them! And when you mastered all the challenges - Crux lets you design your own routes to share with other climbers!