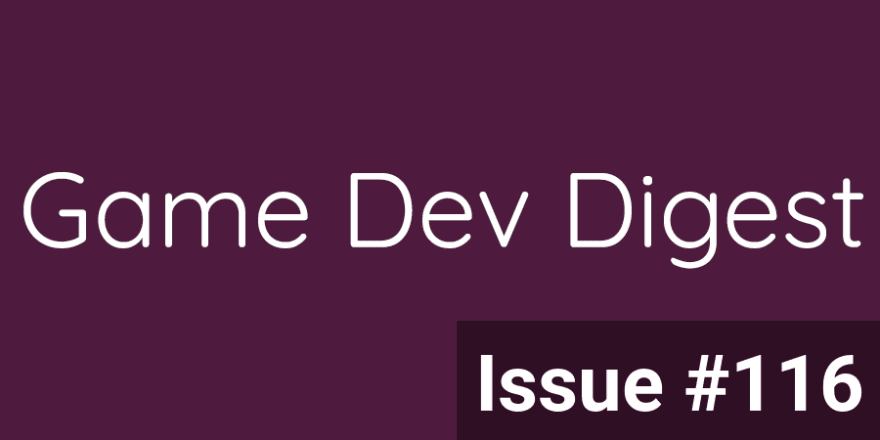 How to get more done. Hope you enjoy the reads this week!

How to make AI sentient in Unity, Part II - In the second, and final, part of the miniseries about AI senses, I'm going to guide you through an implementation of reactive AI behavior for patrolling between selected points, chasing a player when it's seen, and investigating a location player has been heard on.
blog.gamedev.tv

Playtesting and Puzzledorf: Reflections - Playtesting is fundamental to Game Design. The aim is to observe people playing your game to so that you can identify areas of weakness in your design, or bugs, and methodically improve it. There are 3 keys I’ve found to help you playtest your games which I used extensively in playtesting Puzzledorf.
stuartspixelgames.com

Get acquainted with HDRP settings for enhanced performance - Learn how to leverage High Definition Render Pipeline (HDRP) settings to maximize performance and achieve powerful graphics all at once.
Unity

Tales from the optimization trenches: Better managed code stripping with Unity 2020 LTS - Managed code stripping is a critical step in the build process that helps decrease the size of an application’s binary files. This occurs through the removal of unused code.
Unity

Unity: 5 coding tips to deliver NEW FEATURES FASTER - As coders, as much as we want to create perfect systems that would impress even Linus Torvalds, they might not bring value to our players. If players don’t get value out of our product, they won’t use it.
Leonardo Tagliaro

C#: Pass by value vs ref vs in vs out... - The scope of this article is not to advocate for, or against the different programming styles. None are perfect and they all have their uses. The scope of this article is just to explain these features of the C# language and to briefly explain where they might be useful. In the end, they are just tools in your programmer's toolbox.
paulsebastian.codes 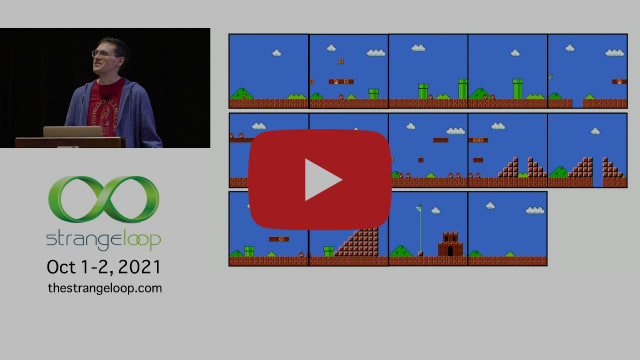 "Game Development in Eight Bits" by Kevin Zurawel - The "8-Bit" era of the late '80s brought video games into the home with systems like the Nintendo Entertainment System (NES). Game developers of the time produced iconic games and introduced genres that are still with us to this day, while working with hardware that had serious limitations. This talk will explore how NES developers created more with less, looking at techniques used in professionally-developed NES games to handle physics, collision detection, randomness, data compression, and more.
[Entertaining, and a reminder how good we have it these days!]
Strange Loop Conference

The most overused game graphic you never noticed | Texture Archaeology - The exact same brick texture is in dozens of Nintendo 64 and PlayStation games. From Super Mario 64, Banjo-Kazooie, and Final Fantasy 7, to Turok, Conker, and Mortal Kombat 3.
Kid Leaves Stoop

Isometric Character Controller in Unity - Isometric movement may seem easy at first, until you realize your character does not move according to your input... I show you how to skew your navigation input to allocate for the rotation of the camera.
Tarodev

LOD Explained (Unity Tutorial) - In this Unity tutorial we're going to look at how we can use LOD, or ‘Level of Detail’, to help improve the performance of our games.
Ketra Games

A Practical Use for Unity's C# Job System - Ever needed to a render a whole bunch of objects on screen but couldn't do it without taking a hit to performance? Indirect Rendering is a way to repeatedly draw the same mesh with minimal draw calls. In this video, we'll walk you through how to use Unity's C# Job System to perform faster indirect rendering in Unity.
Infallible Code

How Do You Make Fun Unlockables? ~ Design Doc - Unlocks aren't complicated systems, but what they can bring to a game is complex. Unlocks can serve a number of game design goals to help make a game more fun and keep it interesting to a player over the long term. Today we're talking about how to make fun game unlockables, how to pair criteria and prizes to get the effect you want, and take a tour through one of my favorites, Smash Bros' unlockables.
Design Doc

Unity Creator Spotlight: Lost in Random by Zoink - Join the team from Zoink Games as we discuss their freshly released EA Originals title, Lost In Random. Creative director Olov Redmalm and technical artist Leon Brynielsson talk about the creative process that goes into creating a title with a handcrafted look and a AAA feel, how to bring your concepts to life in full URP across multiple platforms, and provide lots of great graphics tips that can be applied to any project.
Unity 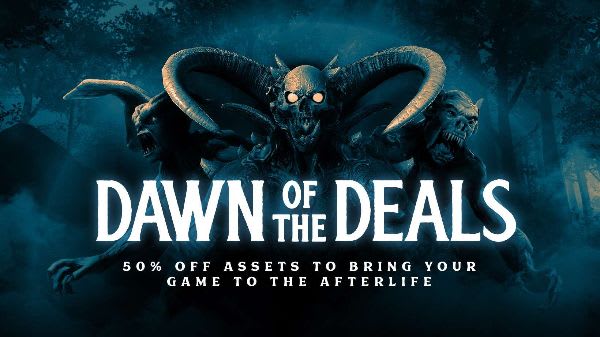 Dawn Of The Deals Sale - Find an amazing Halloween treat on Unity's Asset Store! From October 27 through November 5, select scary and spooky assets will be available for 50% off. Customers can also save an additional 10% off on-sale orders of $100 or more with the code SPOOKY.
Unity Affiliate

Unity Mega Bundle - Fill Your Toolbox - Up to 95% Off Tools! (FINALS DAYS!)
Powerful tools make users more productive, saving valuable time and effort, so it's not a surprise that the tool category is one of the most popular categories on the Unity Asset Store. From October 13 through October 31, users can save up to 95% off three curated Mega Bundle sets of must-have tools.

$25 Bundle - save up to 80%
This bundle contains: EnhancedScroller, Better UI, and Vault Inventory.

$35 Bundle - save up to 88%
This bundle contains everything from the $25 bundle, plus Forever - Endless Runner Engine for Unity, Easy Decal, Terrain Grid System, and MonKey - Productivity Commands.

I have released my 2000+ instrumental pieces free under creative commons 3.0 by - Free to use in your videos, podcasts, movies, games or what ever. Just credit me Antti Luode
Antti Luode

Simple Spin Blur (FREE) - Simple Spin Blur is a Visual Effect based on the Video/Optical Feedback Motion Blur Technique. Highlight the main spinning/swinging object with a simple lightweight motion effect to increase the visual quality of your game.
AiKodex Affiliate

Unium - A library for game automation. Unium is an library for unity that facilities automation. It exposes an HTTP API that can be used for tools or testing.
gwaredd Open Source 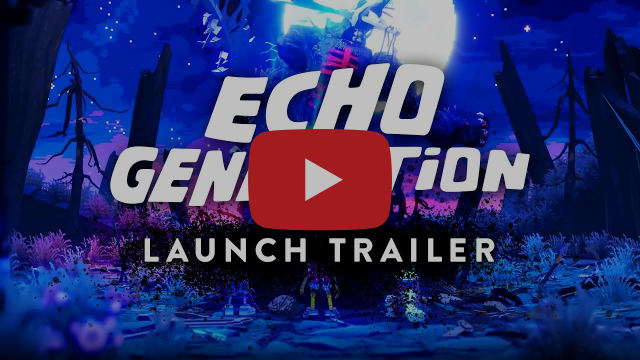 Improve your C# with YIELD

Getting Started with Pixel Vision 8