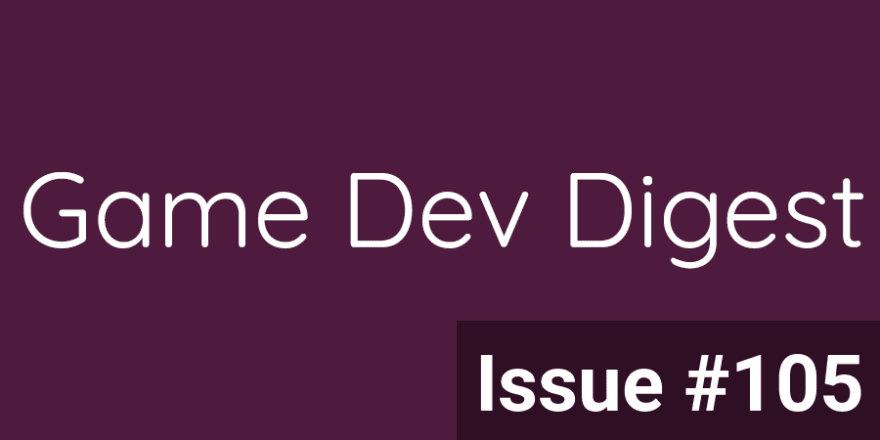 Newsletter is back this week, hope you enjoy it as usual!

Depth Of Field in Unity for 2D Games With Semi-Transparent Sprites - The Co-Founder of The Sixth Hammer Dimitar Popov has shared the company's findings on setting up DoF Blur in 2D games, discussed the problems they faced, and how they overcame the challenges of this task.
80.lv

No Bloom? No Problem: Glowing Stuff without Post Effects - In this lesson, we're going to look at ways to make the things in your game appear to glow without the use of bloom!
Team Dogpit

URP Compute Grass Shader + Grass Painter Update - A few months ago I made a Geometry shader for interactive grass. While this works great on Windows, Geometry Shaders aren't that well supported on other platforms. A better option for the same effect is a Compute Shader, which is supported on PS4/5, Xbox, Switch, iOs, Android, and Windows. [built-in pipeline version also available]
Minions Art

Pixelate Filter in URP using Compute Shaders - This article will use the pixelate image filter from the previous post but in URP, the Universal Render Pipeline. We’ll set up a ScriptableRendererFeature and ScriptableRenderPass to run the compute shader at the end of the rendering pipeline. I recommend you read the previous pixelate filter post before this one to understand the full context.
[Don't miss the HDRP version as well]
Bronson Zgeb

Voronoi Noise - This is the sixth tutorial in a series about pseudorandom noise. It introduces various flavors of Voronoi noise.
catlikecoding.com

Optimize your mobile game performance: Expert tips on graphics and assets - In the final installment of this optimization series, we focus on how to improve the performance of your assets, project configuration, and graphics. In case you missed them, check out our previous posts on profiling, memory, and code architecture, as well as physics, UI, and audio, for a more complete picture of how to optimize your game – or, download the free e-book for a rundown of all these topics.
Unity

2D art creation in Dragon Crashers - Talking with Eduardo from the Unity 2D team, Jarek opened up about his creative process, tips for creating sprites, 2D lighting and animations, and using Affinity Designer and Photo, his art and design software of choice.
Unity

How to sort sprites by Y axis in Unity 2D - Creating the illusion of 3D in 2D.
sunnyvalleystudio.com

Create an item management editor window with UI Toolkit - This tutorial will cover the fundamentals of creating a custom editor tool, including what scriptable objects are and how to create, delete and bind to one. You will also learn about ListView and the Object Picker.
gamedev-resources.com 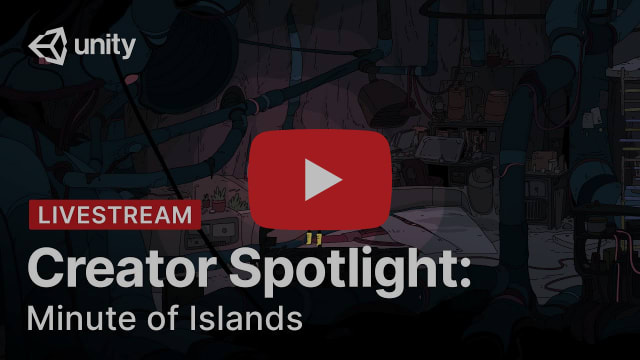 Creator Spotlight: Minute of Islands by Studio Fizbin - Studio Fizbin joins us on Twitch to explore the tech behind their gorgeous 2D narrative puzzle platformer, Minute of Islands. We answer questions from the community as we open up the engine and learn how the team built their hand-drawn environment, the challenges they faced, and what tools helped achieve their vision for this vibrant world.
[don't miss these other Creator Spotlights as well: Harold Halibut | Slow Bros. and Praey for the Gods | No Matter Studios]
Unity

LEARN UNITY AUDIO - The Ultimate Guide to Audio, Implementation & Scripting - If you're struggling to implement sound effects, audio in Unity - Need help scripting them? Then this Unity tutorial is for you! This video will have details on adding 2D and 3D audio effects, understanding the basics around these, scripting audio sources, audio clips, using triggers, unity events, UI buttons and custom events. Looking at playing and pausing audio and understanding AudioMixers and how to change that at runtime. I'll lave time stamps under here for your convenience! :)
SpeedTutor

Creating a Dynamic Modal Window in Unity - Modal windows are a crucial part of Game UI, so let's make one in Unity that's flexible and versatile!
Game Dev Guide

InGame Tilemap Editing - PART 2: Lines & Rectangles - 2D Level Editor with Unity - Tutorial - In this tutorial series you will learn how you can create an ingame UI where your players can draw on a grid. We are going to use Unitys Tilemaps and there will be a lot of coding involved. You'll learn how you can add the UI with clickable buttons, how to show a preview where an item would be placed and of course you can place it. It will then be drawn onto a tilemap.
Velvary

Best practices: Async vs. coroutines - Unite Copenhagen - Before async was introduced in Unity 2017, asynchronous routines were implemented using coroutines and/or callbacks. This video covers the benefits of async over coroutines. You'll see how one example problem – building an asynchronous prompt popup – can be solved using async vs coroutines.
Unity 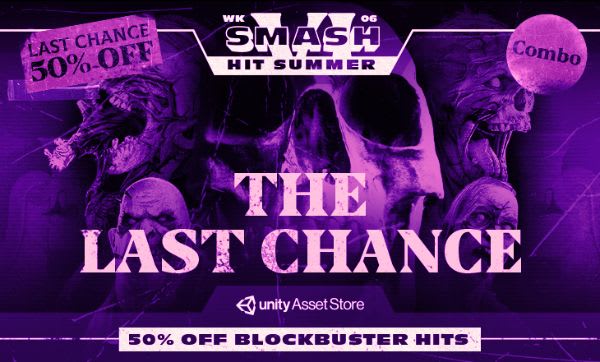 PlayRecorder - PlayRecorder lets you record Unity scene logic into binary files that work in both the editor or builds. Once a recording is made with a scene, even if that recording is created within a build, it can be played back within the editor, making it incredibly useful for recording data from user studies or analytics. Data can also be recorded within the editor, and then played back within a build.
Ultraleap Open Source

Fungus - The goal of Fungus is to provide a free, open source tool for creating interactive storytelling games in Unity 3D. Fungus is designed to be easy to learn for beginners to Unity 3D, especially for people with no coding experience. For power users, it provides an intuitive, fast workflow for visual scripting and interactive storytelling. Fungus is being used to create Visual Novels, Point and Click Adventure Games, Childrens Stories, Hidden Object Games, eLearning apps and also some frankly weird stuff which defies classification :)
snozbot Open Source

UndoPro - UndoPro is a command-based undo system integrated into Unity's default system. This allows devs to use actions for their undo/redo operations without forcing the user into a new undo-workflow!
Seneral Open Source

ECS-IAUS-sytstem - The utility system works by identifying options available to the AI and selecting the best option by scoring each option based on the circumstances. [read the blog description]
DreamersIncStudios Open Source

Edgar for Unity - This project is a Unity plugin for procedural generation of 2D dungeons (and platformers) and aims to give game designers a complete control over generated levels. It combines graph-based approach to procedural generation with handmade room templates to generate levels with a feeling of consistency.
OndrejNepozitek Open Source

voxul - voxul is a voxel system and editor tool for Unity 3D. Use it to build voxel meshes, objects and levels.
cowtrix Open Source

Unity Plane Mesh Splitter - A simple tool which lets you split any mesh into smaller submeshes. At first it was designed to work with imported Tiled2Unity terrains, but I rewrote it to work with everything you can throw at it.
artnas Open Source

InputManager - InputManager is a custom input manager for Unity that allows you to rebind keys at runtime and abstract input devices for cross platform input.
daemon3000 Open Source 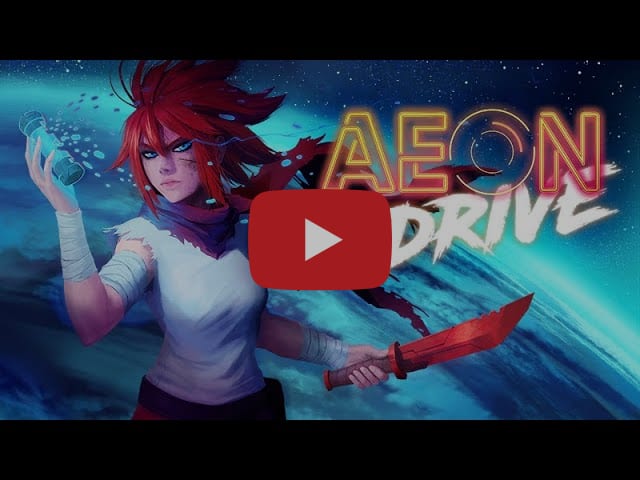 Aeon Drive - Rush through the cyberpunk landscapes of Neo Barcelona in Aeon Drive, an action-platformer with a speedrunning twist! Whether solo or in up to 4 player co-op, sprint and dash through many areas of the neon-infused city - and use your time and space-bending abilities to get ahead.