I also have some software updates to mention and a brand new Developer Of The Week. So stay with me until the end to find out all the details.

Love it or hate it, React remains one of the most widely used libraries for building apps and websites. And one reason to start using it is their excellent Developer tools extension for Chrome, Firefox, and (Chromium) Edge.

The React Developer Tools just got a major refresh, with version 4 being available now for everyone to use. This update boasts a significant boost in performance over the previous version. There is an entire article dedicated to the changes that made this possible and you can access it from the link section below.

Back to the Developer Tools, the new version also brought a number of updates to the user experience. There are new filters to allow a more refined view of the components tree, the support for hooks has been improved and the search experience was made a lot smoother, to name just a few.

The profiler functionality was also enhanced. Developers can now measure the performance of the initial load, using the reload and profile option and profiler data can now be exported and shared with other developers. More info can be found in the official release notes.

If you are already using the React Developer Tools, then it should receive the update automatically. Users of the standalone shell can install the new version from NPM. So go out there and start using the new tools.

WebKit published the policy that describes the web tracking practices that they plan to prevent by default straight from the browser. The document is inspired by Mozilla’s tracking policy and specifies the definitions used, the possible types of tracking and which of those they will block by default.

There are cases of legit functionality and practices that use techniques that can also be used for tracking, like fraud prevention, bot detection and audience measurement, to name just a few. WebKit aims to prioritize user benefits over preserving existing practices. They do reserve though the right to update the policy in the future, with the sole aim to make a better and more private user experience.

Google developers are releasing a new version of their V8 JavaScript engine together with each major iteration of the Chrome browser. The team just unveiled a preview of the changes that are coming in v7.7, which will be released together with Chrome 77 in a few weeks.

The highlights focus on performance improvements via lazy feedback allocation, scalable WebAssembly background compilation, and stack trace improvements. There will also be updates to the Intl.NumberFormat API that will add compact notation, scientific notation, engineering notation, sign display, and units of measurement.

More details are available on the official blog post.

Opening the “Software updates” section is the release of version 3.1.0 of Create React App.

Create React App is an officially supported way to create single-page React applications. It offers a modern build setup with no configuration. Update 3.1.0 adds ESLint 6 support along with other minor bug fixes and documentation updates.

Parcel is a blazingly fast, zero-configuration web application bundler. We’re getting a preview at the brand new alpha.1 build of version 2.0.0. which is a complete rewrite of the application, with a focus on extensibility, scalability, and reliability.

All the details can be found in the blog post announcement linked below.

The developer of the Week

This episode, the Developer of the Week title goes to the one and only Wes Bos. He is a veritable unicorn as he is passionate about design, development, business, and teaching and he does all of them without breaking a sweat. He writes, makes videos on YouTube, tweets and speaks at events, conferences and training workshops all around the world.

Above all his other qualities Wes is a master educator — he is a lead instructor at HackerYou and he has a load of great courses for web technologies. Flexbox, CSS Grid, ES6, Node, React, Redux… Wes has a course for all these and more. And his paid courses are affordable for everyone in the world, as he a firm supporter of Parity Purchasing Power and he offers big discounts for users coming from countries where the full price would be on the expensive side.

I wanted to take his CSS Grid course from the moment it was announced and I never got to… Three cheers for procrastination. 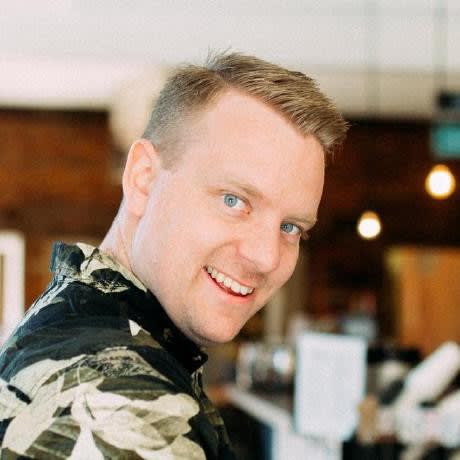 Wes lives in Hamilton, Canada with his wife and two daughters. He is passionate about cooking, his pulled pork is to die for and he can probably make a very believable Wash cosplay at any Firefly convention.

Have you completed any of Wes Bos’ course yet? If you did, which one was it? Please leave your answers in the comment section or on https://twitter.com/frontendnexus.

GitHub is now free for teams