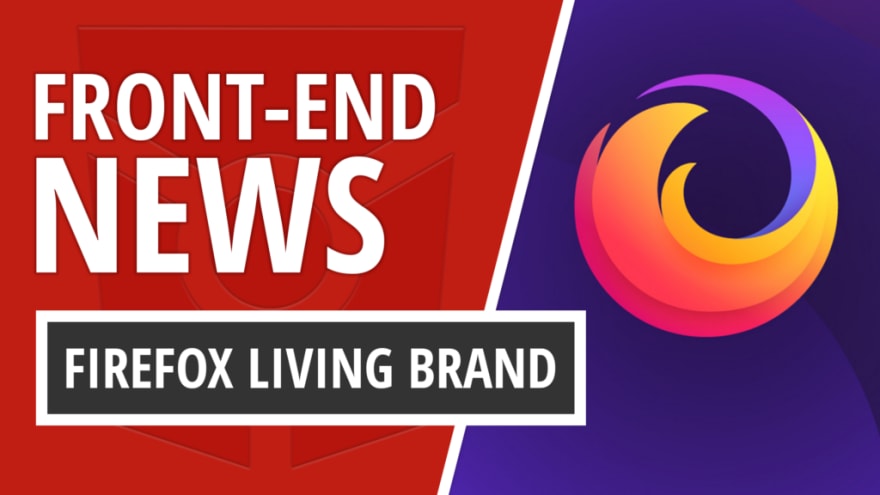 Hello everyone and welcome to another edition of Front-End News, the only show that brings you information on the latest events in the industry.

Let’s take a look at what I have prepared for you this week:

A bit less than usual, but it has been a quiet week. No major outages, no big releases, and no big scandals… Just a normal week in the office.

Just like last time, I have also prepared a video version for those that prefer listening instead of reading. If you enjoy this format, I would appreciate it if you would subscribe to the YouTube channel as well.

State of CSS 2019 results are live

You may not know who Sacha Greif is, but chances are, you completed one of the “State of JS” surveys she created over the last three years. Well, this year she decided to expand the field by creating another survey, focused on CSS. Over 11.000 developers from 135 countries answered the call. It took months to analyze the data and create a visual model of the results. And now the wait is finally over.

Sacha does a really in-depth analysis of the results on the official site and the interactive diagrams are a joy to explore. But she is also presenting a few highlights in an article published on FreeCodeCamp.org.

These highlights are as follows:

Bottom line — and I quote from the conclusion at the end of the results:

While JavaScript isn’t going anywhere, it also seems certain that CSS is not going to be replaced anytime soon. And the more powerful CSS becomes, the more valuable mastering it will be.

A new look for Firefox

I mentioned in the last episode that Mozilla has big plans for Firefox. This week brings a new announcement on the official blog of the company.

As part of their movement to expand the suite of products available under the Firefox brand, Mozilla had to rethink the image of their browser. As part of this process, Firefox was ascended to the status of a living brand. It will continue to evolve with time to cover and integrate current and future products.

Opinions are split regarding this move. Some love it. Some don’t. Some outright hate it. We will have to wait and see where things will go.

I got my eyes on you, foxy!

Paul Irish, one of the Google developers working on Lighthouse and Google Chrome, made an announcement on Twitter that Chrome 76 will bring a patch that will make incognito mode no longer detectable. 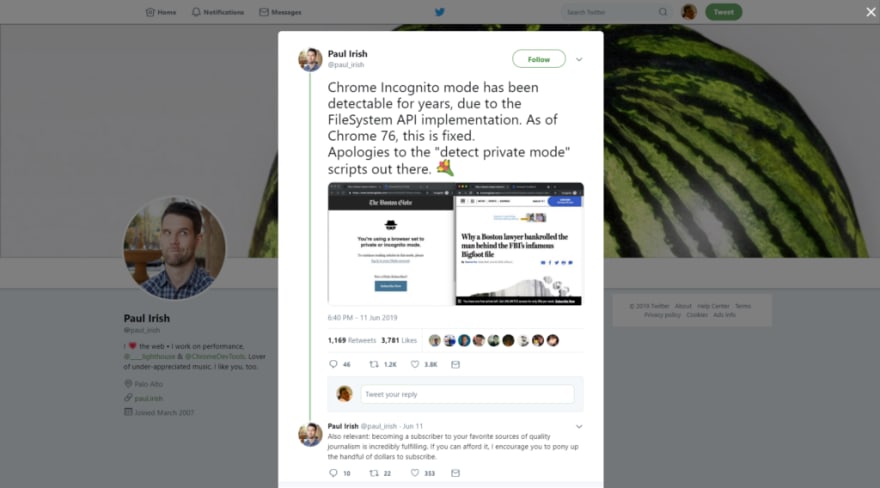 Up until now, websites could detect if a visitor used Chrome in private or incognito mode checking for support of the FileSystem API. Some major portals like The NY Times or The Boston Globe are using such scripts to prevent people from bypassing their paywall. What changes will this update cause? We’ll just have to wait and see.

Are you a Firefox user? What is your opinion on the latest brand update? Please let us all know in the comments area down below.

Simple Filters in CSS or JS