Hello everyone and welcome to another round of Front-End News. Here is what I have prepared for you today:

There are also a couple of software updates I want to mention and I’m introducing a new section for the Developer of the Week. So stay with me until the end to find out all the details.

Mozilla released version 68 of their Firefox browser. The company continues to make good on their promise to deliver a more secure and private browsing experience, as the update includes a number of security fixes, together with a list of recommended extensions that have been thoroughly reviewed for security, usability, and usefulness.

There is also a number of new features in this version. The most visible one is about Reader View, as the update extends the dark mode to the entire browser area, including sidebar, toolbars, and controls.

I mentioned WebRender becoming available in a previous episode. That update was functional only for computers using NVIDIA graphics cards. Firefox 68 extends the support to include both Intel and AMD GPUs, making WebRender functional for everyone using Windows 10.

Enterprise users now have an extended range of available policies, making it easier than before to customize the browser to the specific needs of each company. For example, IT managers can now customize or disable completely the new tab page, can turn off search suggestions, or can manage extensions by ID and by website.

Developers were not forgotten either. There is now the option to run a full page color contrast audit that identifies all elements on a page that fail color contrast checks. There is now full support for the CSS Scroll Snap module, as well as the new about:compat option, where website-specific workarounds are listed and may be toggled off. These workarounds are meant as temporary fixes for various forms of website breakage for Firefox, while the website fixes them in due time. With about:compat, it is now easy to see all of the workarounds that are active in Firefox, and easy for website developers to disable a given workaround for testing purposes.

Full details about this update can be found in the links down below:

JAMstack is the new cool kid in web development and Netlify is the most well-known platform for deploying your static generated website. 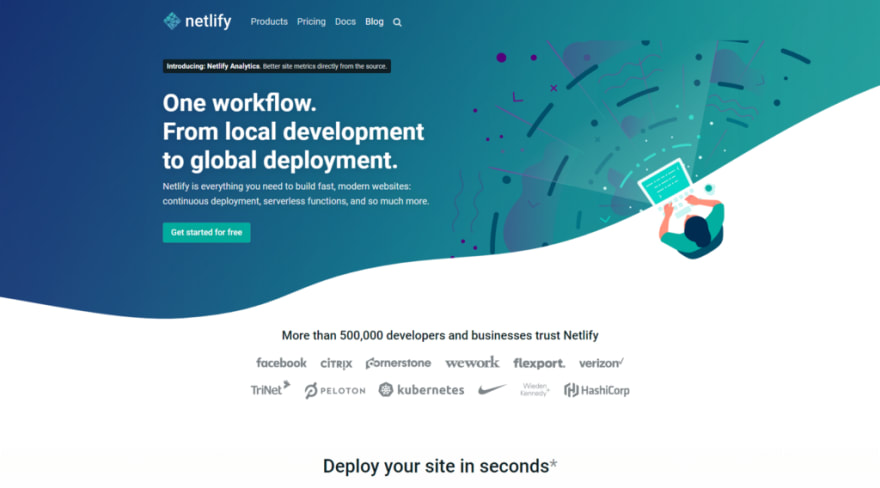 Users of this platform now have a new powerful tool at their fingertips, as Netlify announced their brand new Analytics functionality. What puts this service ahead of all its competitors is the fact that it’s server-side only, without any client-side JavaScript or any other tracking tools. The data is collected from the HTTP requests via the Application Delivery Network which serves your website traffic.

I think everyone is on the same line as Chris Coyier of CSS Tricks — “Analytics that I don’t have to install, have zero impact on the site, and accurately measure everything regardless of JavaScript running. Sign me up, please.” 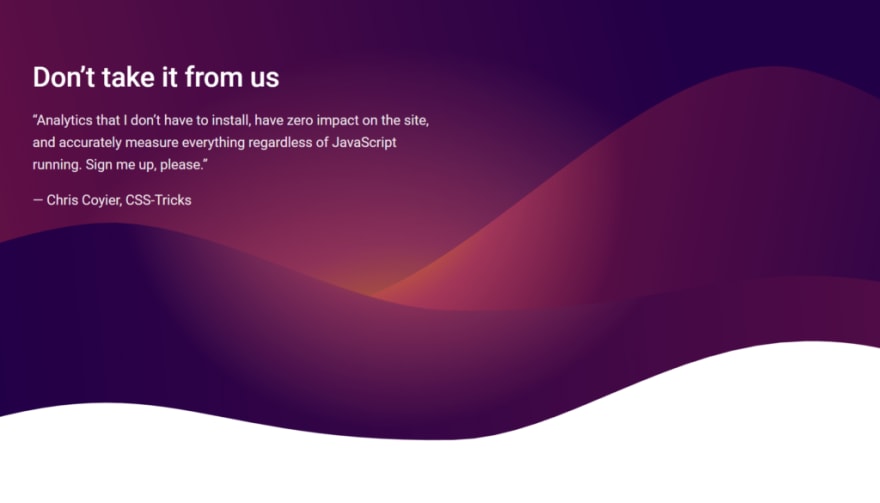 The Analytics service can be enabled straight from the dashboard for any site deployed to Netlify and it costs $9/mo for each site.

Hermes is an open-source JavaScript engine optimized for running React Native apps on Android. Starting with version 60.0.2 of React Native, developers can enable a flag to activate Hermes and use it in their applications.

Facebook claims that “for many apps, simply enabling Hermes will result in improved start-up time, decreased memory usage and smaller app size.” The official page has a benchmark done on the MatterMost React Native app running on a Google Pixel.

That’s a nice overall improvement, but the real test will come from the developer community.

I have two major software releases to tell you about.

Developer of the Week

I’m opening today another new section of the show — the Developer of the Week, where I will present people who do great work in building a better web for users and a better industry for developers.

I want to start this section with Rachel Andrew. She is an Invited Expert to the CSS Working Group, a Google Developer Expert (GDE) and one of the main forces behind the development and integration of CSS Grid. She has her name on the cover of 23 books (as of this moment) and countless articles published all over the Internet.

She is now the editor-in-chief of the well-known Smashing Magazine portal and she loves to speak and write about layout in general and especially CSS Grid, as well as all the ways you can use all the great new CSS features while supporting older browsers at the same time.

Rachel also loves running — she is planning to do three iron-man thriatlons in 2019 — and she is also studying for her Private Pilot’s Licence for small airplanes. How awesome is that?

Heading out to run up a giant hill this morning - Black Mountains Trail Half Marathon. Should be some beautiful views. trailevents.co/events/black-m…

If you want to get in touch with Rachel, to hire her services or to invite her to speak at an event, the best way to do it is via her website — https://rachelandrew.co.uk/

Who is the next person that you would like to see mentioned in our new “Developer of the Week” section? Please leave your recommendations in the comment section or on https://twitter.com/frontendnexus.

JavaScript News and Updates of March 2021

What's up with mimemagic breaking everything?