In previous episodes we created:

So now it's time to create a process-based Python language server as well.

We'll be reusing the whole frontend from the previous episode - other than changing name of the script we run from ruby_language_server to python_language_server, and replacing Ruby code examples by Python examples.

All the new code will be Python.

There's very little new. We already had all the code for executing code and capturing the output in the Flask version.

We just need to:

The flush=True is important, as communication between processes is normally buffered, so it won't actually be sent until the 4kB buffer is full. This buffering does not happen if you print to the terminal, and normally if you send things to files, you don't care about exact timing of when each line gets there. But when talking to processes, we need to do this.

We don't need to do any tricks on input, as only the sending process can potentially have such a buffer. 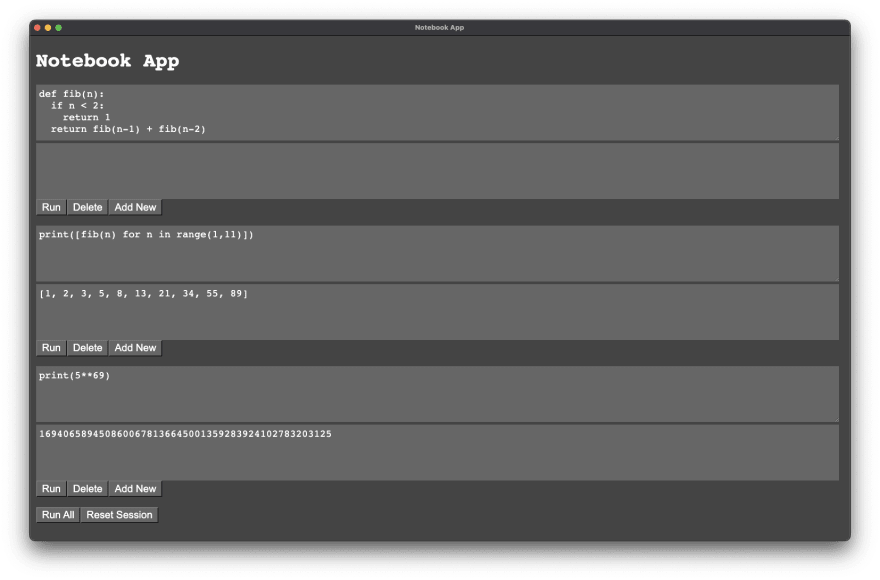 It was all very easy as we basically just merged what we did in previous two episodes.

In the next episode we'll do something a little more complicated and try to do the same for a language you might not have heard of in a while. And we'll also move session control into Electron side.

5 tips for beginners to web development