Let's try to do the same thing in Python as we did in Ruby.

We can reuse the frontend we just did. The only changes are different code examples in src/App.js:

And different proxy address in package.json, as flask default is different to sinatra default:

The server will have same API to the Ruby one, with a single POST /code endpoint.

There are two things of note here.

First, Python doesn't have blocks, but it has a few close-enough equivalents for some use cases. Capturing uses StringIO to capture the output. As Python strings are not modifiable, and with cannot be used to pass any interesting object, we need to wrap the return value in a one element list. That's why we have to extract it with output[0], not just output. It would be cleaner with blocks but it's good enough.

The rest of the code is just a few imports, getting data from JSON request, and a dictionary of sessions.

To install the requirements you'll need:

Then run these in 3 terminals:

And just a reminder, this is literally an HTTP server which by design will execute any code anyone from the same machine sends it, so it's extremely insecure. 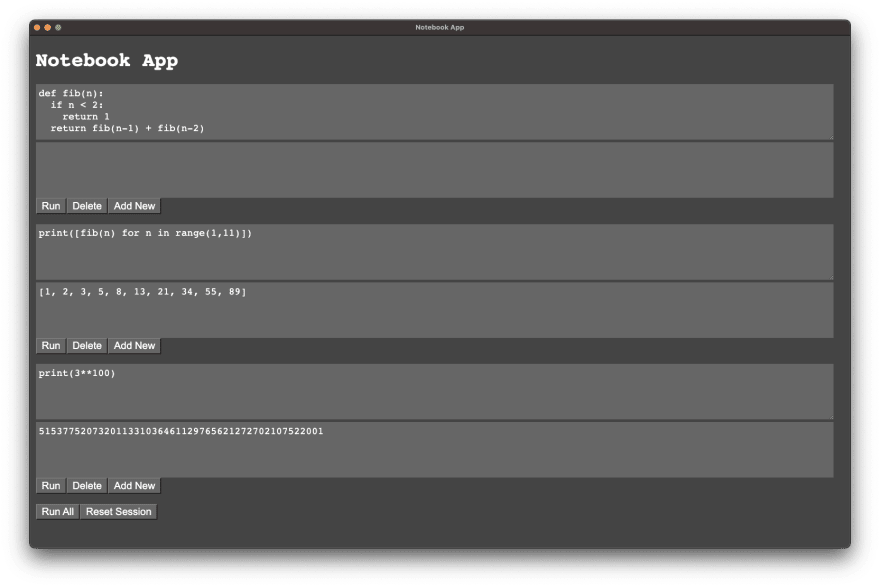 In the next episode we'll try a different approach to communicating with the external programs.

Modules and Packages in Python