Let's address the biggest limitation of our terminal app - it currently waits for command to finish before it displays the output.

We'll start with codebase from episode 15 and add a streaming feature.

Node APIs don't use promises. We were able to wrap child_process.exec in a promise, because we could just wait for it to finish, and then deliver results all at once:

Unfortunately we have to undo this. Promises are very convenient, but their whole point is that they deliver their result (or error) all at once, and then they're done.

This does the following:

We don't need to do a single change anywhere in the UI code. We just change onsubmit handler to use new interface:

As before, instead of convoluted functional style updating just the right part of history array, we'll modify the right part directly and then tell Svelte it changed with history = history. 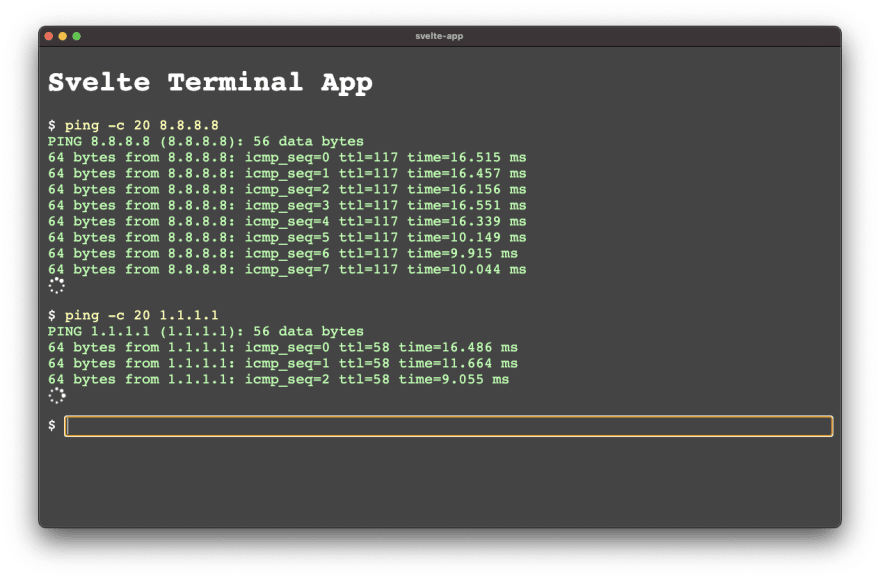 In the next episode, we'll add some ways to interact with the spawned commands.

A brief introduction to WebGL