The goal of the cloud-connected Altair project is to provide a unique blend of computing history with modern cloud computing. You'll learn about computing fundamentals, software development, and modern IoT, Data, and AI cloud services that address today's real-world IT challenges.

The Altair Everywhere project is tested and runs on the following platforms:

The Altair project can be viewed through three lenses:

Head to the Altair Everywhere repo, get started, have some fun, learn new skills, and impress your friends and family :) 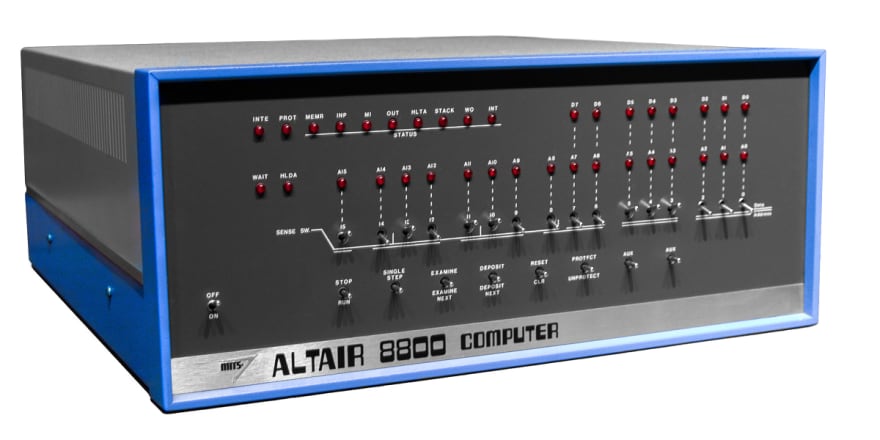 The Altair 8800 was built on the Intel 8080 CPU, the second 8-bit microprocessor manufactured by Intel in 1974. By today's standards, it's a simple CPU design, perfect for learning computing fundamentals because of its small instruction set.

The original Altair 8800 was programmed by setting switches on the front panel. It was a painstaking, error-prone process to load and run a program. The Altair 8800 had a series of LEDs and switches that you used to load apps and determine the state of the Altair.