In this series, I'm going to document my experiences with attempting to write and execute a machine learning program in Python 1.6 on a NeXT hardware emulator running NeXTSTEP.

There's a good chance that the challenge outlined may be mostly nonsensical to you, and it's not clear why it's a silly thing to do.

Let me paint the broad strokes.

To be clear, the easiest part of this challenge be the machine learning component. I'm very much of the school of thought that the term 'machine learning' covers a broad church which includes the foundational but insanely useful algorithms like linear and logistic regression. These are relatively simple algorithms to implement in any programming environment.

Call this part of the challenge an excuse to frame this whole exercise as "an exploration in the worst possible way in writing ML".

Python 1.6 - What's interesting about that? Well, Python is a wonderful, fully-featured and robust language - and it's certainly my go-to language, especially in the realm of data analysis and machine learning. Personally, I began using Python in its venerable Python 2.7 version, before making the jump to various 3.x versions full-time over the last five years.

But Python is a surprisingly old language, with its first release being in 1991, or fully 30 years ago! 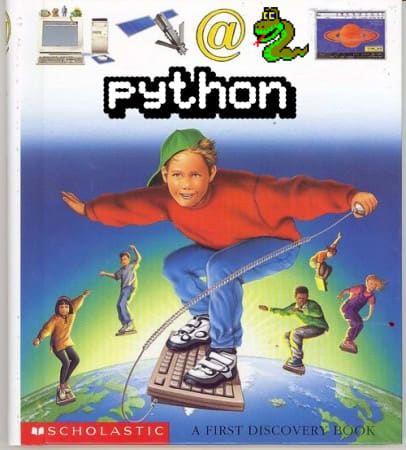 Warning: may not be an official Python document.

The language has made incredible leaps and bounds in power and functionality even the limited time I've been using it. I'm curious to rewind the clock 21 years to its 1.6 release and explore the idiosyncracies of these early releases.

Finally, perhaps the most challenging to explain: NeXT and NeXTSTEP. NeXT was a hardware and software company that existed in the mid 1980s-90s; their core software product was an operating system (OS) called NeXTSTEP. There is a lot to unpack around NeXT, but there are three main reasons why I'm intrigued: 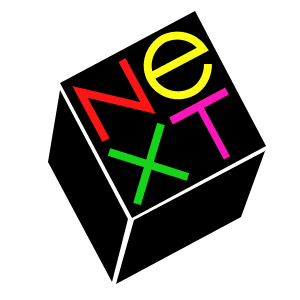 Also, NeXT had a really neat logo (which of course has an associated story).

Why would I burn my limited free time on a silly project like this? That's a very legitimate question. There are two primary reasons.

Pragmatically, technological broadening and skill development is a common and welcome outcome. I always find that carrying out a silly challenge like this introduces a bunch of unexpected technical challenges, and solving them broadens my horizons greatly. With this challenge, I expected I'm going to learn a good amount around compiling programs from scratch and manipulating disk images -- and who knows what else.

To quote Elting E. Morison, we should consider "the story of the three princes of Serendip who set out to find some interesting object on a journey through their realm. They did not find the particular object of their search, but along the way they discovered many new things simply because they were looking for something." In other words - set an arbitrary goal, accomplish other things along the way.

But my main driver is not personal development - it's curiosity. Here is an opportunity to dive backwards in time to explore and use tools and portions of "history". I want to see what was saved and what was lost.

Seeing systems and objects in their "prototypical" forms has long been a passion of mine; as a child, I spent a lot more time exploring the Sonic the Hedgehog 2 prototype community than I ever did playing the completed game! 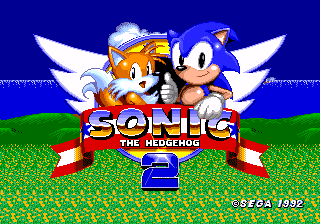 P.S., did you know they just recently found a Sonic 1 prototype after two decades of searching?

Future articles and next steps

Future articles are going to cover the numerous steps on the road to achieve the goals set out above.

Because this is going to knit together a lot of publically available resources, future articles will include some main sections:

Hopefully these will help form useful resources for any folks who want to dig around in the same sandpit as me.

I made an open source chatroulette app

This week in Python