In the last article, I managed to finally launch a copy of NeXTSTEP 3.3 on the Previous emulator - which is rad, because: 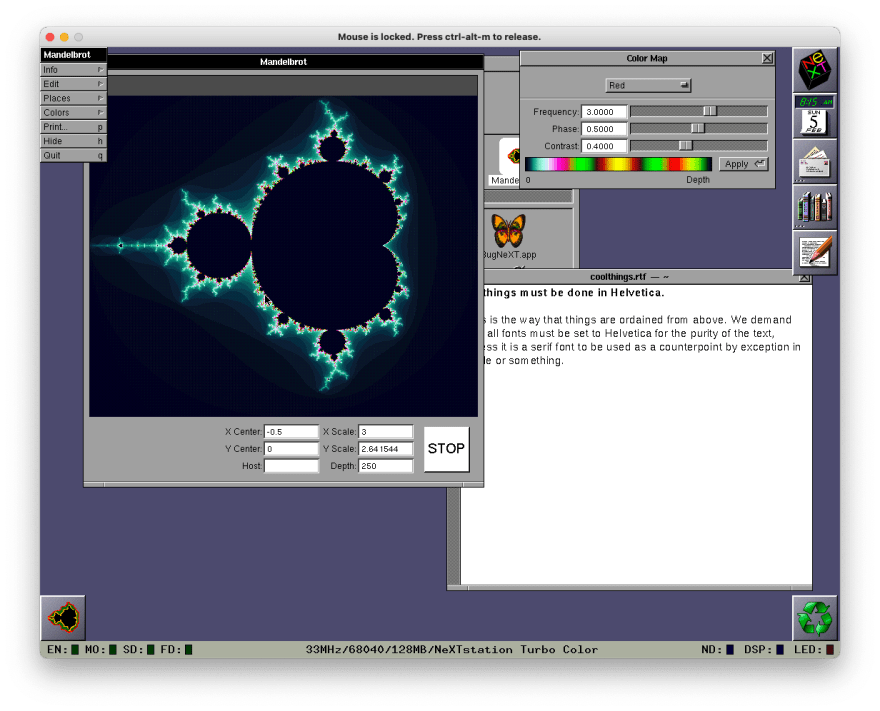 However, there is a key bit of functionality we're missing: file transfers.

Our goal for this session is simple: figure out a simple way to be able to move files from the outside world into my NeXTSTEP instance.

This is going to be required to get files from the internet into the NeXTSTEP environment (like the Python source code, for example).

Why not directly connect to the internet?

Interestingly, it might have actually been possible to find a web browser, connect Previous to the internet, and go download the files directly. However, I was wary of this approach for two reasons: 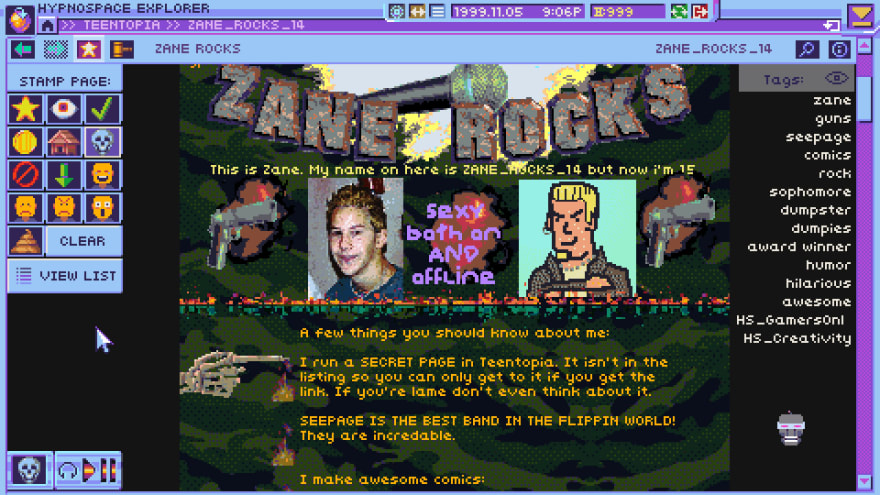 What are the options for transferring files?

Okay, so what else could I do? A few paths come to mind:

If I was working with a physical machine, the simplest way I would get files to and fro would be via some kind of removable media - CDs, floppy disks, external harddrives, for example.

Now, because I'm working with a virtual machine, I could probably do the same with virtual removable media. Previous offers all the media connection options of an actual NeXT device, mainly via emulating SCSI connections. 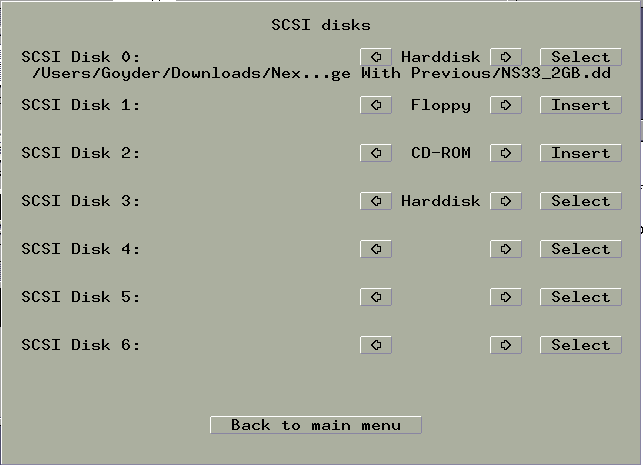 Neither are super appealing options, to be honest - both will require a lot of shuttling back and forth of imaginary "removable media"; I'd prefer to leave that in the 90s. But we could give the hard-disk option a go.

The most straightforward path I saw was to build a "fake" disk drive, mount it in Ubuntu, and write the relevant files to it; I could then mount it to the NeXTSTep instance.

The main challenge is file systems and partitioning - things have changed between 1994 and 2020!

NeXT is fully featured, and is happy to format a blank disk presented to it; but mounting the consequently formatted disk in Ubuntu is painful because its auto-file-system-detection doesn't readily recognise NeXT's own ancient file-system.

I think this approach has legs, but I decided to explore other options in the meantime.

UPDATE - I eventually cracked this! The key thing is to manually set the file system for mounting to a specific NeXTSTEP option. Unfortunately, this only allows read-only access, which means that this approach is not suitable for our needs. Regardless, example code is as follows:

Previous had two files in its core directory of promise: networking.howto.txt and filesharing.howto.txt. The former walked through how to connect NeXTSTEP to your local network; the latter how to set up a Network File System server on a Mac and connect the machine to it.

"Surely not," I thought. "No way I could spin up a file server on my local network on a 2018 Mac and have this 26 year OS connect and talk to it happily." 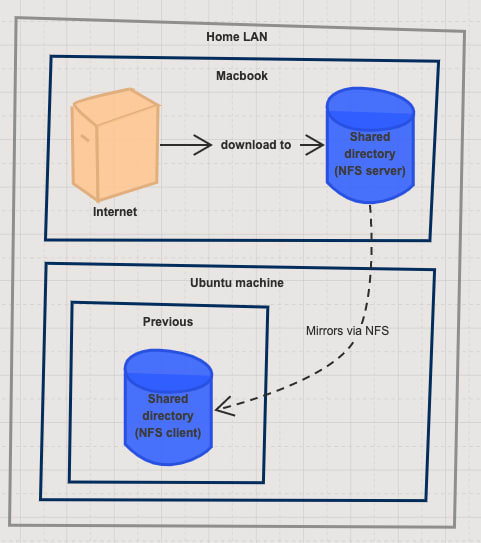 It turns out that, in fact, you can.

The instructions, filesharing.howto.txt, were a guide on how to set-up a NFS on a separate Mac OS X. I do have a Mac, but it made sense to me (and would be far more convenient) to set up the NFS on the Linux machine which Previous was running on. 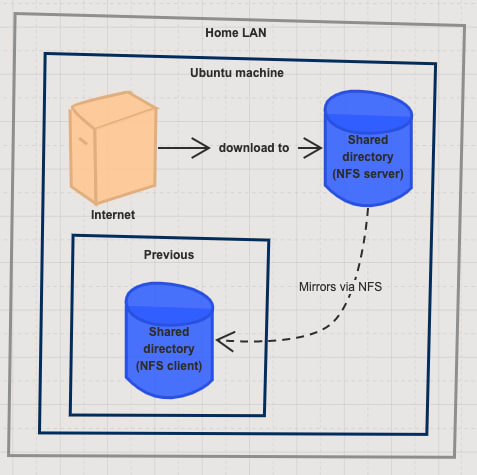 However, after a few hours of configuring NFS server options on my Linux machine and combing through the NeXTSTEP forums for guides, I was stuck, with no file transfers to show for it. NeXT simply could not see the NFS server on the same machine.

I still think this should be possible, but the problem could be in Previous, or network emulation, or in connecting a NFS client to a server running on the same machine - honestly, there were too many paths for me to go down to even identify an obvious next option, so I sighed, admitted defeat, and went back to the guide.

After following the instructions that came with Previous, I was able to connect to my Mac from Previous in under 10 minutes. Ha! This was helped along by the fact that NeXTSTEP actually has inbuilt utilities to connect to NFS servers: 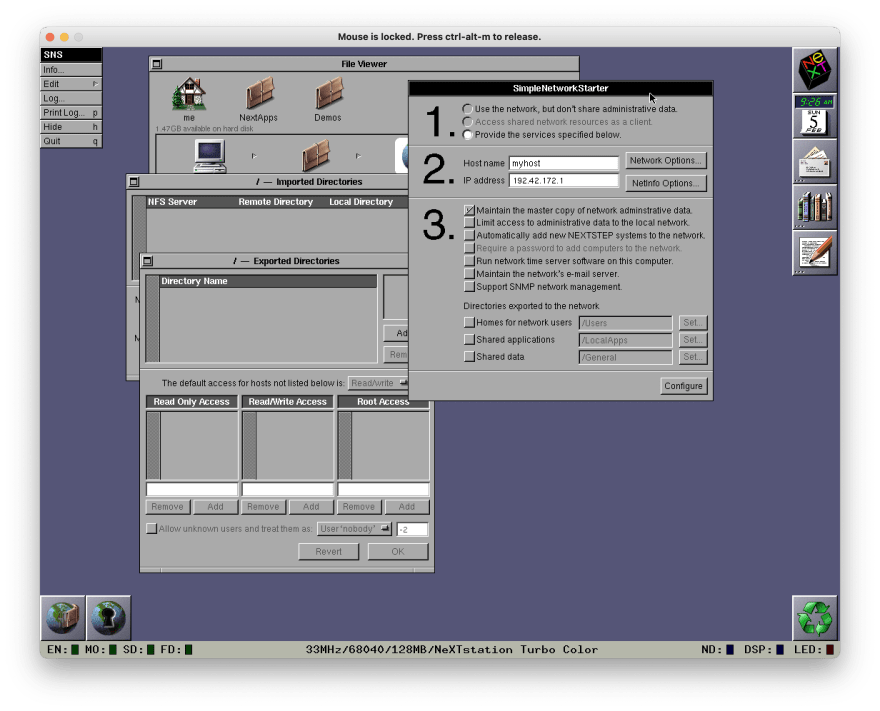 And I was able to happily create a textfile on my Mac and access it via NeXT - a process that felt very similar to inter-generational trading in Pokémon, if we're to be honest. 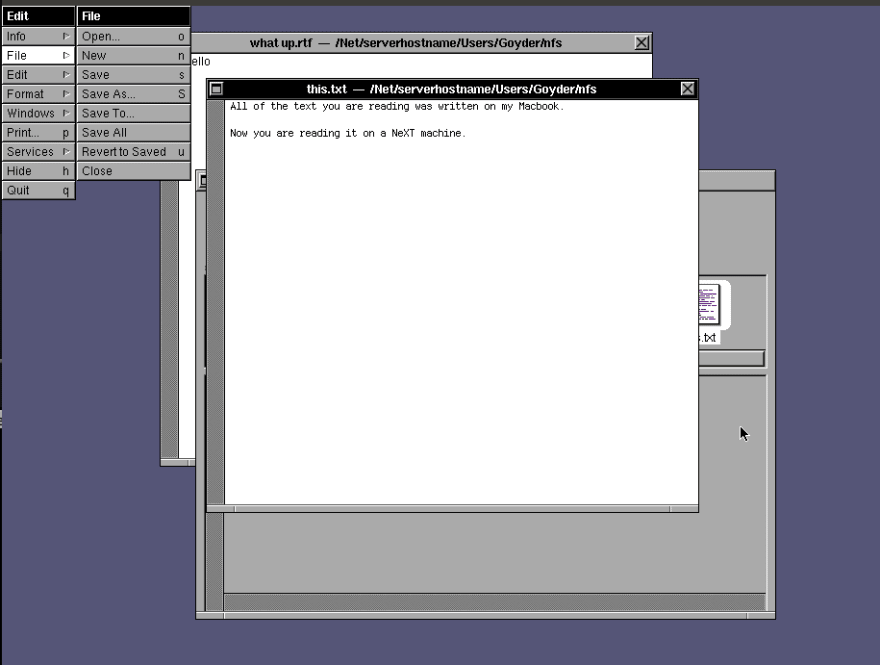 It's slow as hell, but functional.

Well, there we are: I can now get files into NeXTSTEP quickly and easily through a fileshare. In particular, this opens the door to accessing the source code we need to install Python.

3 Things To Know Before Building with PyScript

Why should businesses use NLP?