In this series, I'm documenting my experiences with attempting to write and execute a machine learning program in Python 1.6 on a NeXT hardware emulator running NeXTSTEP.

As I outlined in the first article, my motivations carrying out this project are basically:

Today's article is going to be more focused on the latter motivation, as I figure out the best way to run the 30-something-year-old NeXTSTEP operating system on my current machine (a Linux desktop with 9-ish year old hardware, for reference).

Our purpose here is relatively straightforward: let's explore our options for emulation platforms to let us run NeXTSTEP, pick one, and get it going. 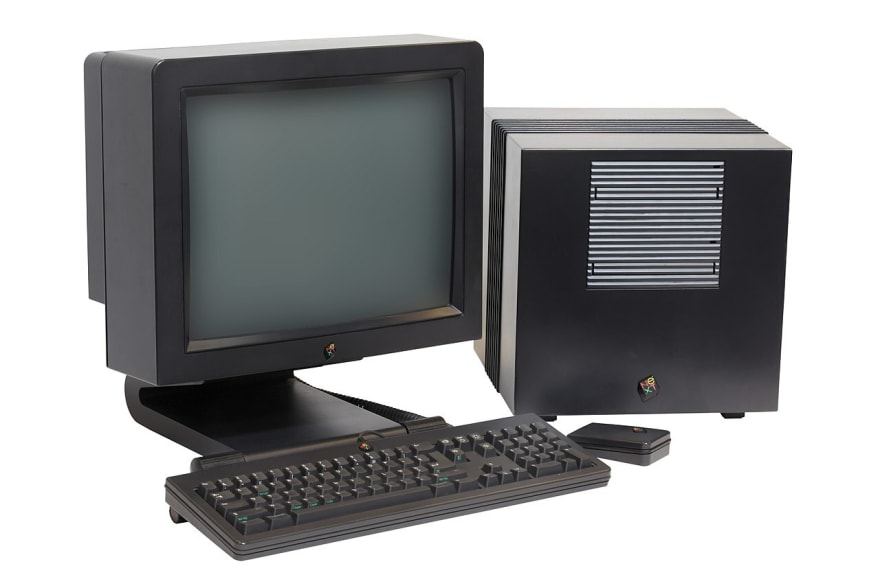 (I'd love to actually carry all of this out via an actual NeXT machine, but their age, importance, and the fact that not very many were actually built or sold means that it's very difficult to find one.)

What platform to use?

One of the key challenges I encountered straight off the bat is trying to figure out what hardware I want to emulate. Two options jump out at me:

The documentation and guides in both cases seem... dicey. I daresay there'll be interesting debugging regardless.

Reviewing both of the options, I decided to go with Previous because:

Seriously, an active and devoted forum cannot be understated for its value in troubleshooting.

Having decided on Previous, I jumped into figuring out how to get it running on my machine. Off the bat, I was a touch nervous, primarily because the latest news article on the homepage was from 2016, and that started with "very long time since last updated this homepage...". This didn't scream "strongly supported and frequently updated" to me, but at least they're at a 1.X version.

With no prebuilt builds available to download, I set about following the instructions on how to build from source. Again, these instructions are old, but they do look technically possible, so adapted them into script and give it a go. (The script is available below.)

I type ./install.sh into the shell and begin a few minutes of tense waiting while the compilation process proceeds...

And bang. The build executes flawlessly first time, to my amazement. I launch the still-warm, freshly built executable and am greeted with a blank launch menu: 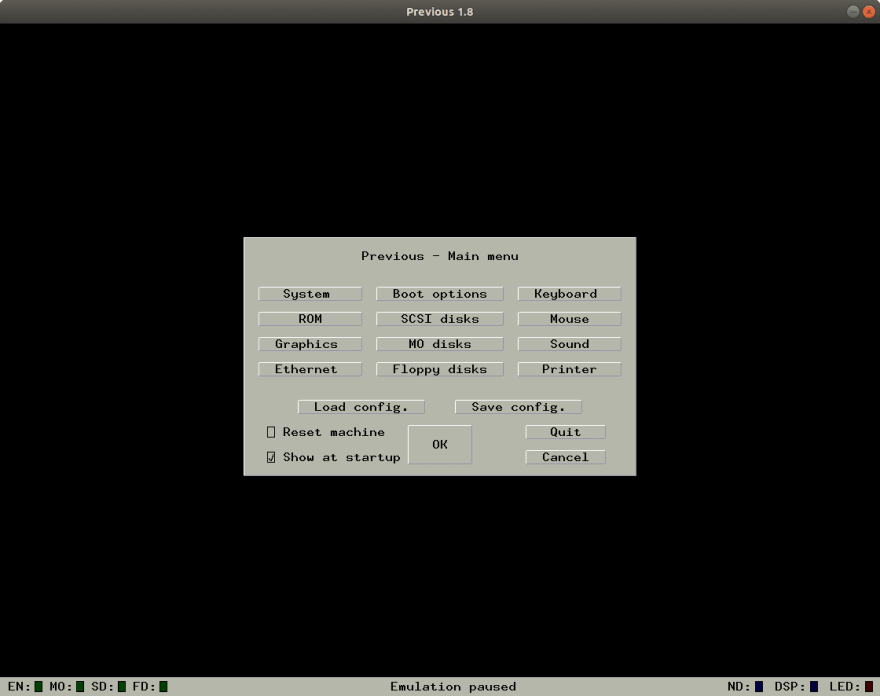 Okay, it seems like we have a hardware emulator going - now we have to get some software to run on it.

At this point, we have:

(As this project proceeds, this trail of breadcrumbs will be more useful.)

In this sesh, we: