Building from the previous blog

For anyone following along at home, here is the code at the end of the last post

What are we rendering

The first thing I did was create a mutable list of the AbstractGameObjects which will be looped through in the onDrawFrame function to draw each object to the scene.
Then I modified the AbstractGameObject class to store the position in the scene that the object is to be rendered and I modified the TriangleGameObject class to take an Int parameter in the constructor which is used to determine the colour of the rendered Triangle.
In the onSurfaceCreated function, I set the right camera to x = 1.0 y = 0.0 z = -3.0 and the left camera to x = -1.0 y = 0.0 z = -3.0 I then added two of the TriangleGameObjects to the list of objects to render, one at the same x position as each camera.

How are we rendering it

After these changes we have a simple scene being rendered twice from two different camera positions, the code for which can be found here. 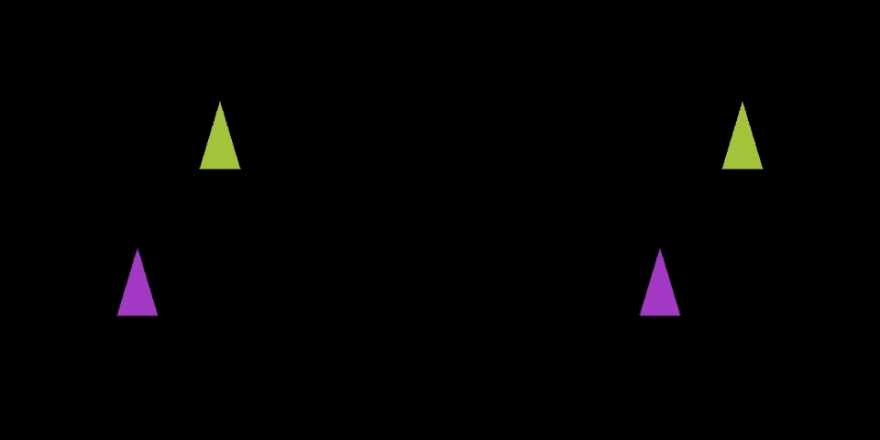 For the next post I shall be looking at using the phones sensors to rotate the camera in the direction the player is looking.