The process of making all the features or independent variables (Variable other than target variable) on almost the same scale so that each feature is equally important.

This is a dataset that contains an independent variable (Purchased) and 3 dependent variables (Country, Age, and Salary). We can easily notice that the variables are not on the same scale because the range of Age is from 27 to 50, while the range of Salary going from 48 K to 83 K. The range of Salary is much wider than the range of Age. This will cause some issues in our models since a lot of machine learning models such as k-means clustering and nearest neighbor classification are based on the Euclidean Distance.

There are different method of feature scaling.

Standardization means you're transforming your data so that fits within specific scale/range, like 0-100 or 0-1. The features are rescaled such that it's mean and standard deviation are 0 and 1, respectively.

The data distribution with mean and standard deviation 0 and 1 respectively indicates Standard Normal Distribution. This is also know as Z-Score Normalization.

Well, the idea is simple. Variables that are measured at different scales do not contribute equally to the model fitting & model learned function and might end up creating a bias. Thus, to deal with this potential problem feature-wise standardized (μ=0, σ=1) is usually used prior to model fitting.

Standardization comes into picture when features of input data set have large differences between their ranges, or simply when they are measured in different measurement units (e.g., Pounds, Meters, Miles … etc).

These differences in the ranges of initial features causes trouble to many machine learning models. For example, for the models that are based on distance computation, if one of the features has a broad range of values, the distance will be governed by this particular feature.

To illustrate this with an example : say we have a 2-dimensional data set with two features, Height in Meters and Weight in Pounds, that range respectively from [1 to 2] Meters and [10 to 200] Pounds. No matter what distance based model you perform on this data set, the Weight feature will dominate over the Height feature and will have more contribution to the distance computation, just because it has bigger values compared to the Height. So, to prevent this problem, transforming features to comparable scales using standardization is the solution.

The following formula is used to perform Standardization for each value of the feature.

It is also known as Min-Max Scaling. Also in this blog, it is also being called simply Scaling

However, in most of the places I came across it is simply known as Normalization.

I Know this is confusing. Lol! But this is how I understand this.

It is defined as

"Technique in which values are shifted and rescaled so that they end up ranging between 0 and 1."

Here, Xmax and Xmin are the maximum and the minimum values of the feature respectively.

Use the RobustScaler that will just scale the features but in this case using statistics that are robust to outliers. This scaler removes the median and scales the data according to the quantile range (defaults to IQR: Interquartile Range). The IQR is the range between the 1st quartile (25th quantile) and the 3rd quartile (75th quantile).

Scaling using median and quantiles consists of subtracting the median to all the observations and then dividing by the interquartile difference. It Scales features using statistics that are robust to outliers.

The equation to calculate scaled values:

What are the main question when it comes to feature scaling?

The thing is we need to answer two question mainly.

When should we use feature scaling?

When to perform standardization?

As seen above, for distance based models, standardization is performed to prevent features with wider ranges from dominating the distance metric. But the reason we standardize data is not the same for all machine learning models, and differs from one model to another.

So before which ML models and methods you have to standardize your data and why ?

In Principal Component Analysis, features with high variances/wide ranges, get more weight than those with low variance, and consequently, they end up illegitimately dominating the First Principal Components (Components with maximum variance). I used the word “Illegitimately” here, because the reason these features have high variances compared to the other ones is just because they were measured in different scales.

Standardization can prevent this, by giving same wheightage to all features.

Clustering models are distance based algorithms, in order to measure similarities between observations and form clusters they use a distance metric. So, features with high ranges will have a bigger influence on the clustering. Therefore, standardization is required before building a clustering model.

Support Vector Machine tries to maximize the distance between the separating plane and the support vectors. If one feature has very large values, it will dominate over other features when calculating the distance. So Standardization gives all features the same influence on the distance metric.

This one is also known as Feature importance measuring.

6- BEFORE LASSO AND RIDGE REGRESSION

When standardization is not needed?

LOGISTIC REGRESSION AND TREE BASED MODELS

Logistic Regression and Tree based algorithms such as Decision Tree, Random forest and gradient boosting, are not sensitive to the magnitude of variables. So standardization is not needed before fitting this kind of models.

When to do Normalization? 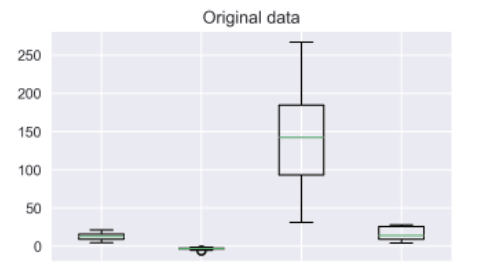 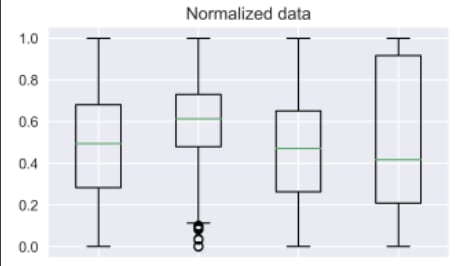 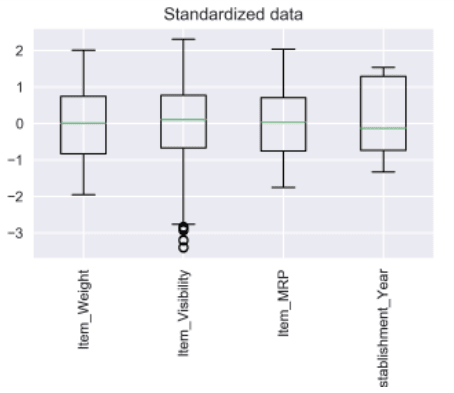 How outliers are deal in Standardization VS. Normalization?

For Standardized data outliers exist as just they exist for the Original data. In contrast to standardization, in Normalized data the cost of having this bounded range is that we will end up with smaller standard deviations, which can suppress the effect of outliers. However, Normalization is still sensitive to outlier but a little less than Standardization.

Software Engineers have this advantage in Machine Learning over everyone else

How To Start Your Next Data Engineering Project