Till our last article, we have JDK installed in our system. Now we are all set to write our first Java code. You can make a separate directory (recommended) to contain all your java codes and projects

Have a look at the java code below. This is how a very basic java code looks like. It might feel overwhelming at first to know that we have to write so much just to have Hello World!! as output, but once we discuss all the building blocks of the code everything will start making sense

We will discuss everything that we have written in the code snippet shortly, but first, let's try and apply what we have already learned. Let's try and generate a byte code from the given code and try to have some output on our console.
As you can see, we only have a .java file currently in our folder.

Let's use the javac compiler to generate a .class byte code file. 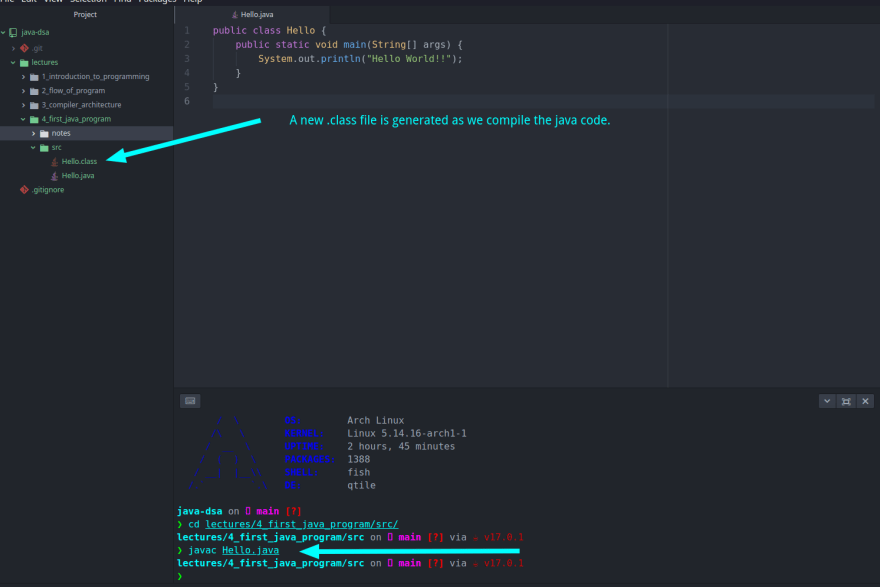 This is the file responsible for the platform independence of the Java language. That means, we can share this file with anyone irrespective of the Operating system he/she is using and they would be able to run the program just fine. Let's try and run the program now.

Voila!!! We have successfully written and run our first java program.
Now let's understand all the things that we wrote in our code and their significance. You might not understand some of these keywords which is fine because it will start making sense once we learn object-oriented programming. So if you get everything now, it's well and good, but even if you do not get some things it's OK!!

Some important things about a Java code

Tips while writing a java code. 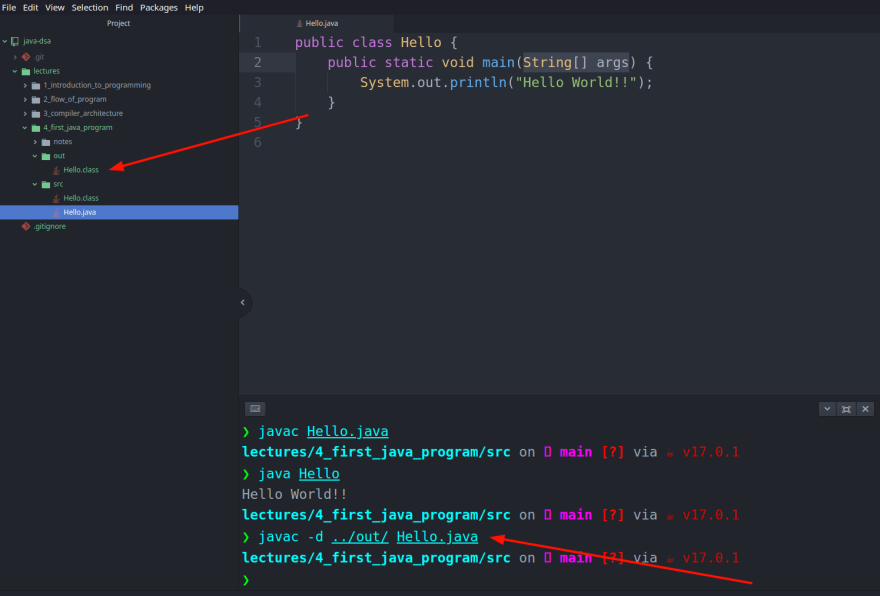 That's all for this article. In the next article, we'll explore supported data types by Java. Till then feel free to connect with me on my socials.