In previous articles, we discussed that we write all our code in a human-readable format. We also got to know that computers can only understand machine language i.e., the language of 0's & 1's. We know that there is an intermediate agent known as a compiler that translates human-readable code to machine-readable code.

In this article, we'll be exploring more about compiler (Java compiler in depth). We'll look into the basic building blocks of java, how a java code executes, the basics of java language, how everything works internally from writing a java code to its execution, what are the different components of the java compiler, and so on.

So the .java file will contain all our code in human-readable form. The code might be any set of instructions as per rules (syntax) of the Java language.

How JAVA is Platform Independent

In some programming languages such as C, C++ the compiler converts the .c or .cpp file directly into machine code giving us a .exe file that is platform dependent. If we try to execute such a .exe file on a different Operating System (OS) than what it was created on, we won't be able to do so. Once the type of OS is changed, the code needs to be re-compiled. This means a c/c++ code compiled on windows will not execute on a Linux OS or a MAC OS and vice-versa.

Unlike those programming languages, when a java compiler compiles a .java file, it converts it into something known as byte code. Some important points about byte code are:

Now one might have so many different questions such as what is byte code? Why do we have a byte code? What is JVM? What does JVM do? How does all of this relate to the platform independence of JAVA? etc. Let's answer all of them one by one.

Consider byte code as some intermediate language of java. Java Virtual Machine acts as an interpreter for byte code. That means when the byte code is run by JVM, it gets converted to machine code and hence is finally ready to be executed. 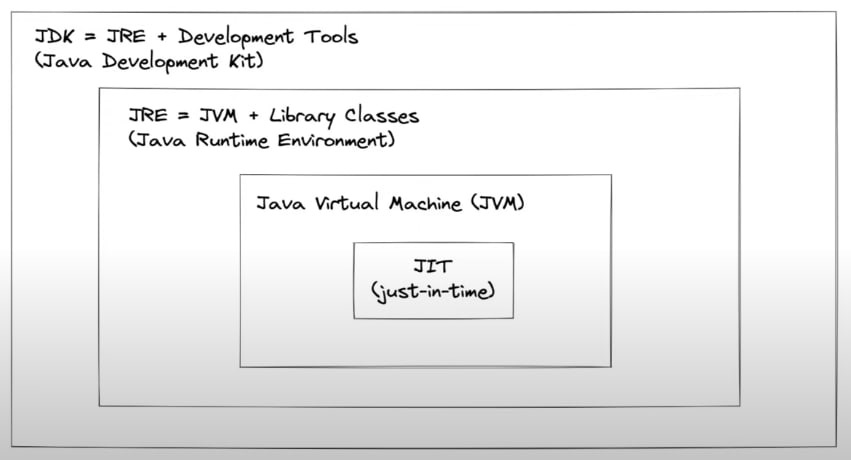 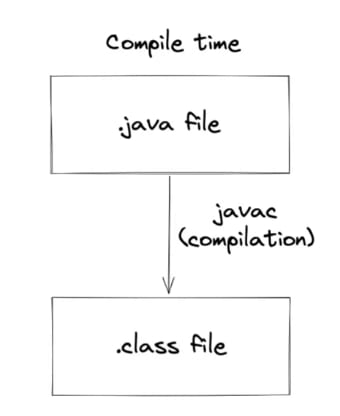 Most of the runtime period is dominated by JVM and its components.

Now that we have source code, data, and other libraries properly loaded, verified, and linked; it's time to generate machine code from that.

Think of JRE as a box and JVM as the content inside the box, the main working machine being JVM. JVM does all the necessary processing on source code but the things which JVM might require such as dependent libraries, base libraries in order to do that procession are held and provided by JRE. Whenever JVM needs any help, its main point of contact is JRE.

We can say that JRE = JVM + some other files & tools 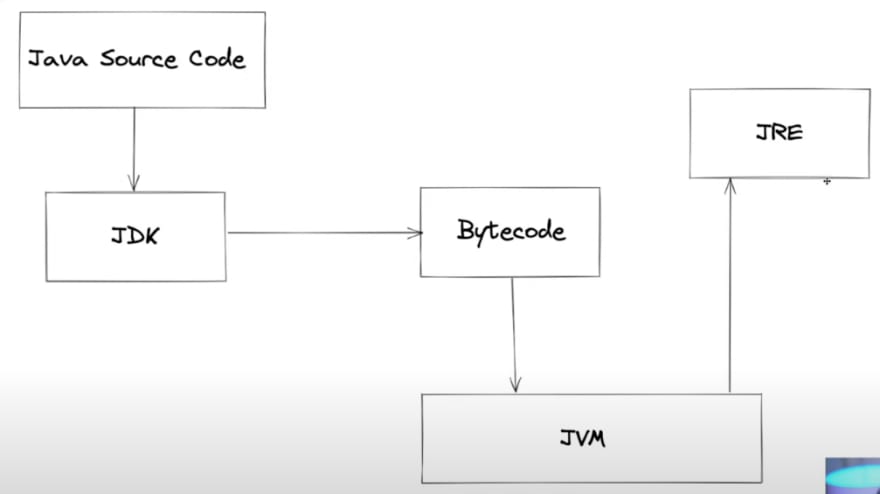 In next article, we'll start with our Hello World Java code. Till then feel free to connect with me on my socials!!!

Setup an Nginx Webserver in 5 minutes