We will be considering the following ways

How are we going to measure the performance? 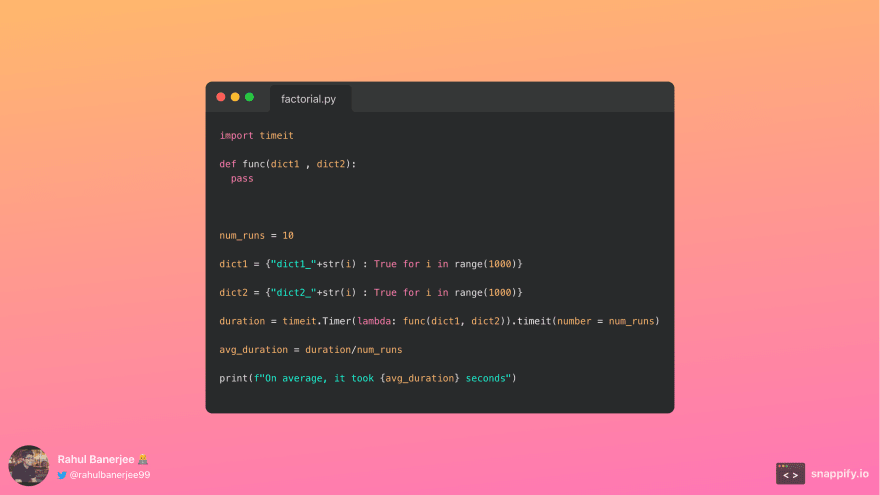 We have a couple of dictionaries with 1000 key-value pairs in each dictionary. We will update function func to perform the different combination methods. The function will be called 100 times and we will print the average run time.

Using a for loop 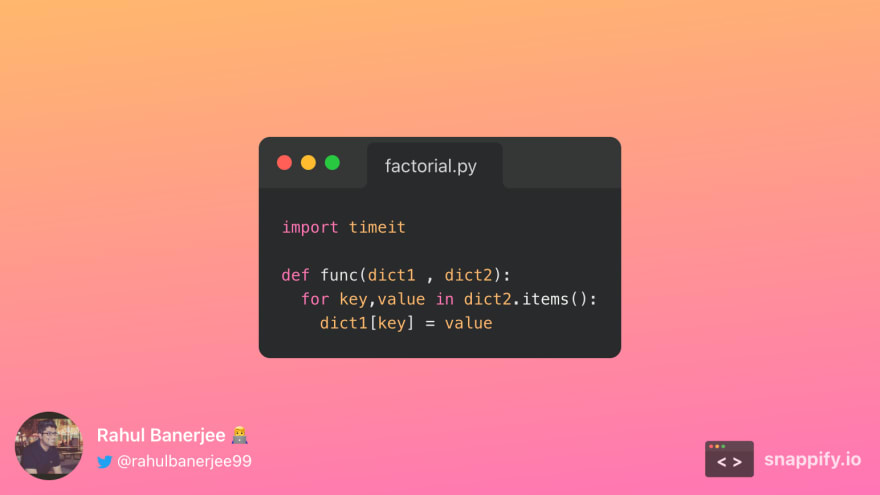 We simply iterate over the second dictionary and add its elements to the first dictionary.
Below is the output 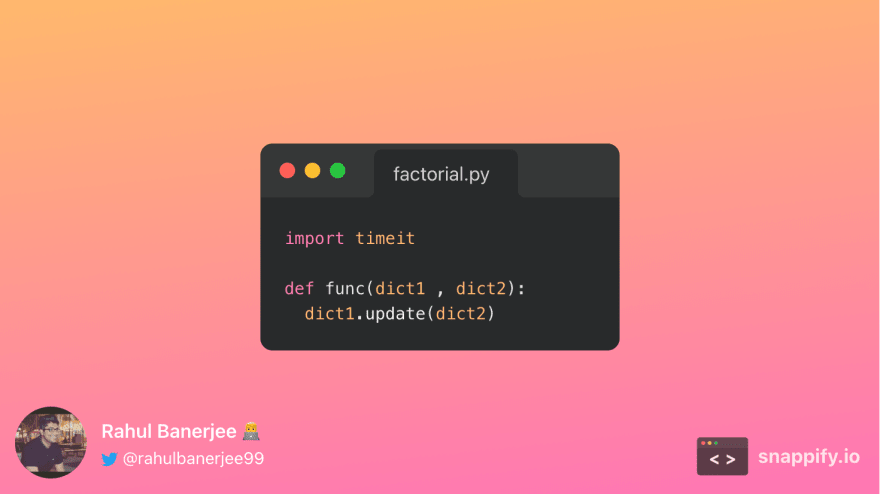 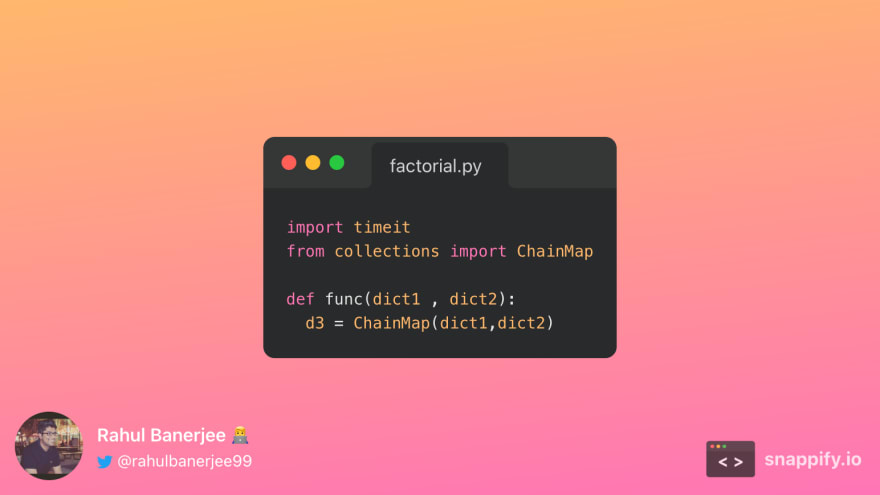 Unlike the previous two approaches, a new dictionary is created and the original dictionaries are not updated. Below is the output 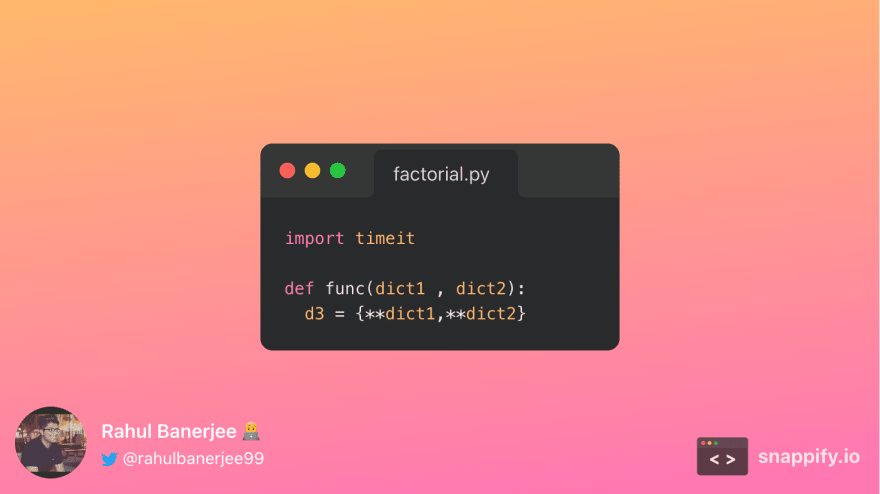 In this approach as well, we create a new dictionary. The original dictionaries are not updated.
Below is the output 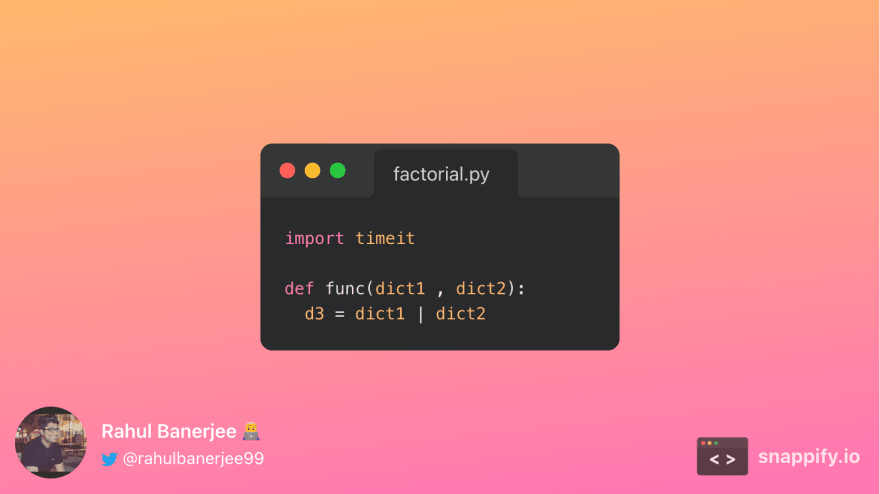 In Python 3.9, the pipe operator was introduced to combine dictionaries. Below is the output 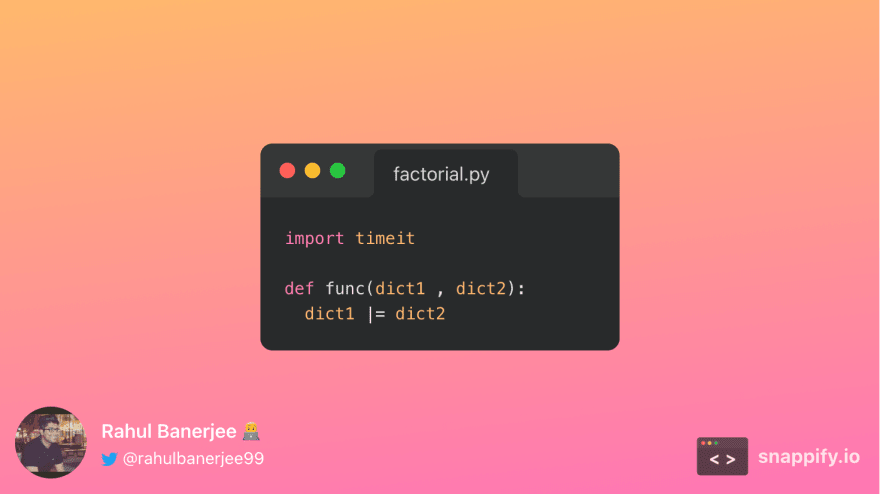 Along with the | operator, the |= operator was introduced in Python 3.9. Below is the output 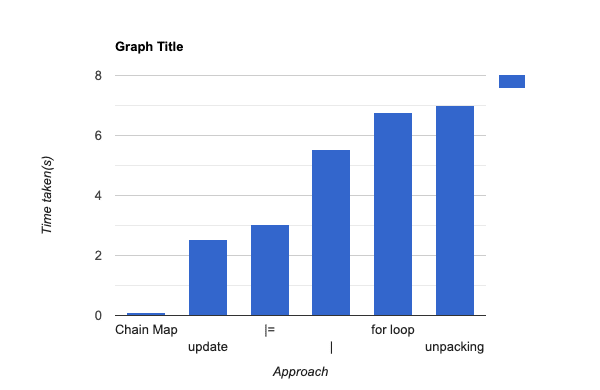 The ChainMap() method seems to be the fastest