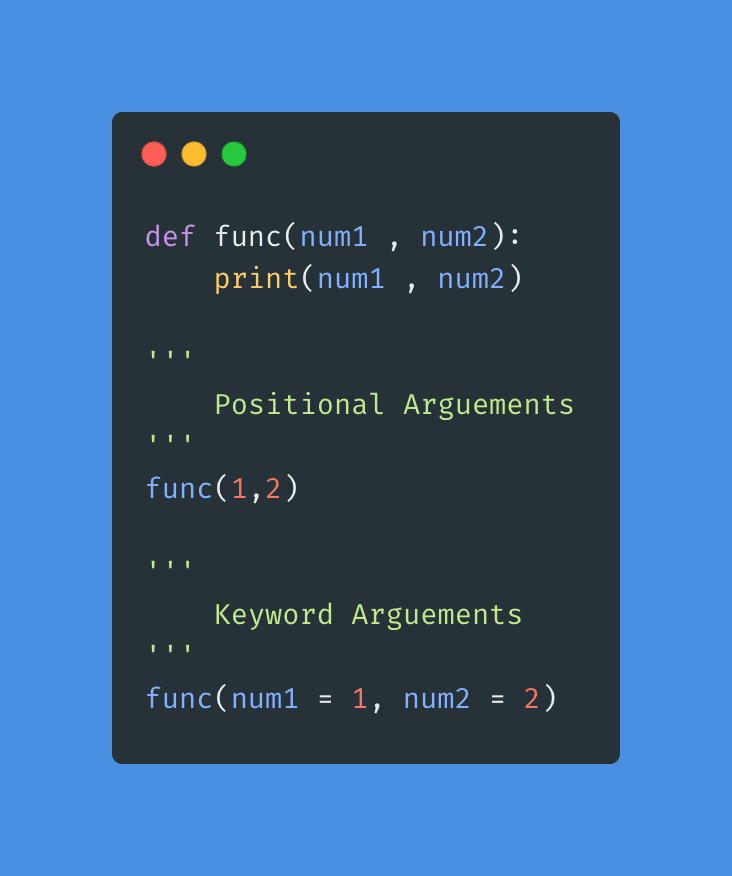 The function func has a couple of parameters *args and **kwargs. The words args and kwargs are just naming conventions, what's important are the "*" and "**" operators. They are also known as the unpacking operators. 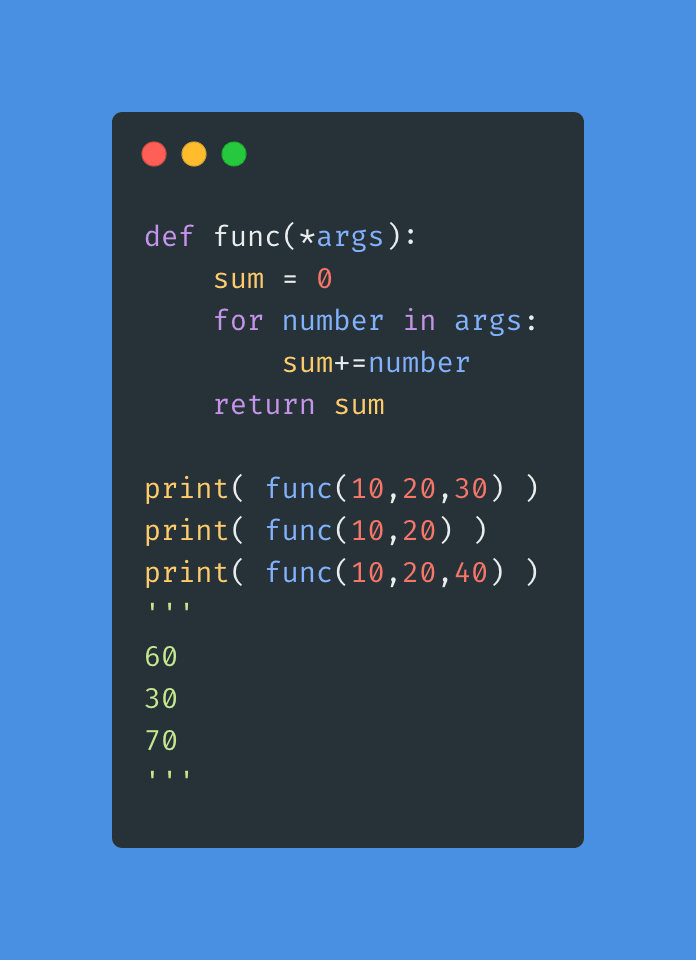 args stands for arguments. If the parameter of a function is *args, it can take in any number of Positional Arguments. args is basically like a tuple and we can iterate over it using the in operator. Since it is a tuple, it is immutable. 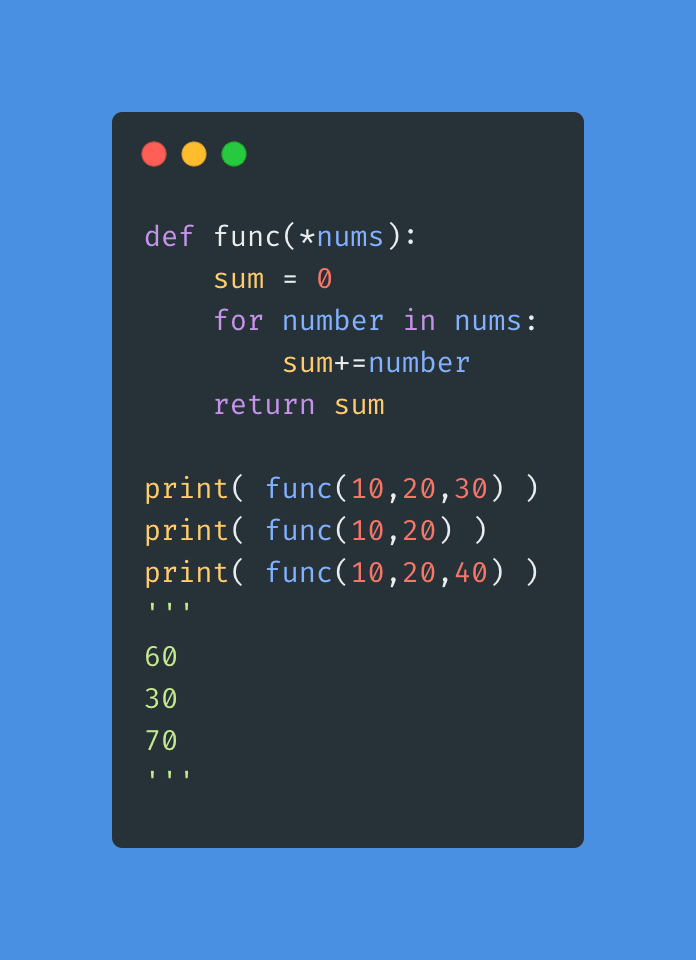 As mentioned above, "args" is just a naming convention. We can use "nums" or anything else.

**kwargs is similar to *args. The only difference is that it accepts multiple keyword arguments. Hence the name "kwargs". 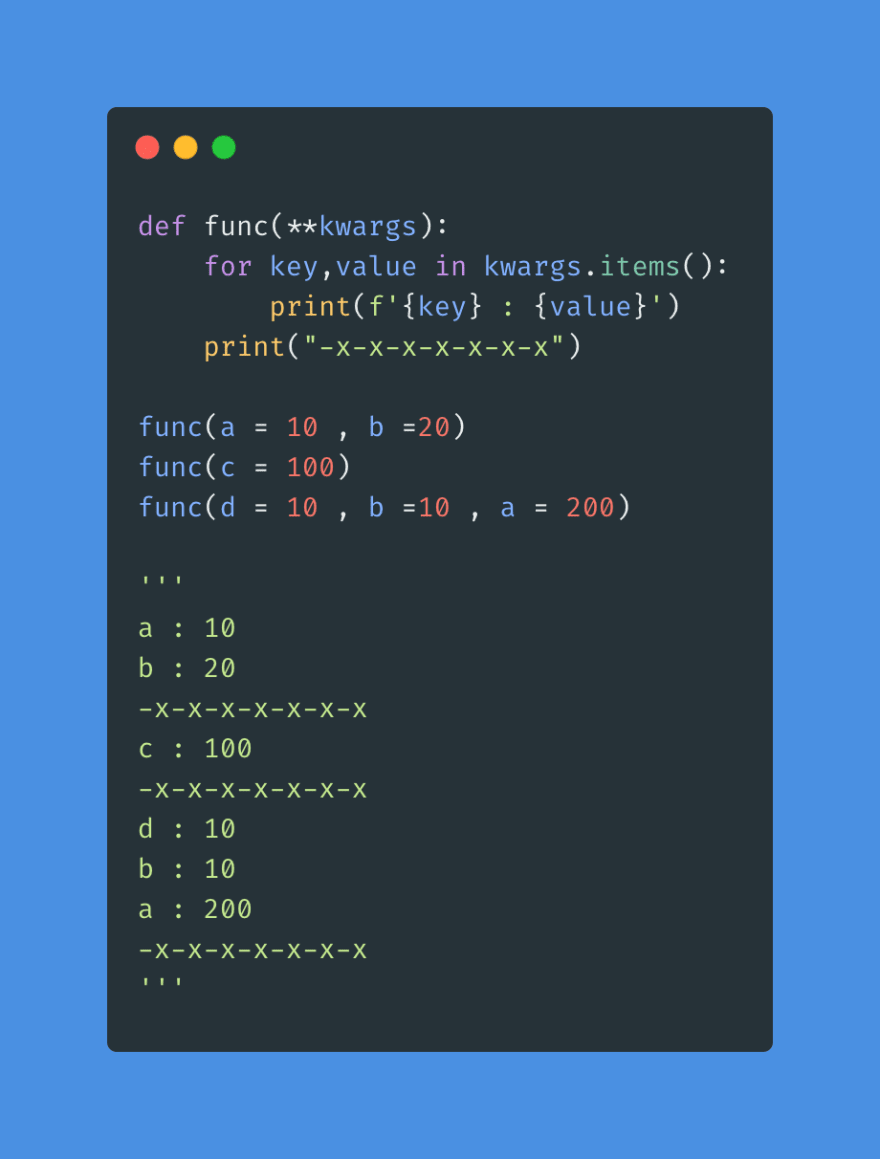 kwargs is like a dictionary. "kwargs" is also a naming convention and can be named anything. 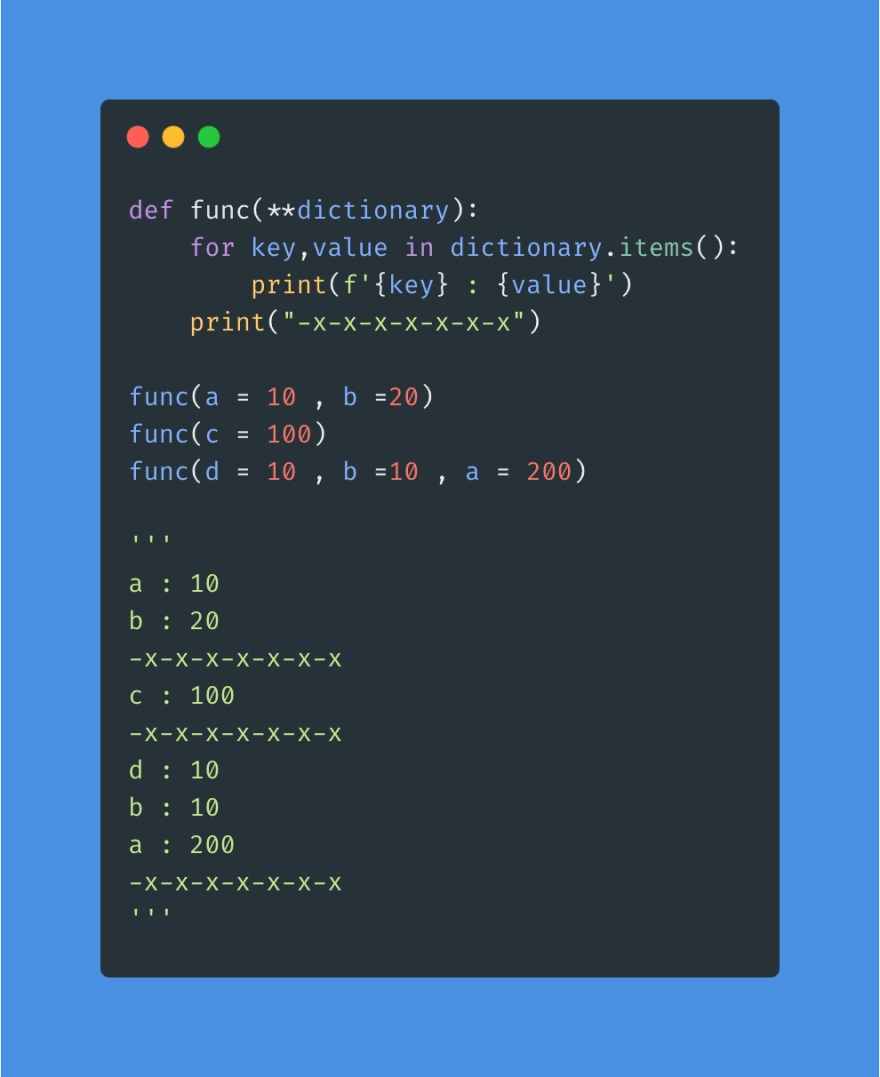 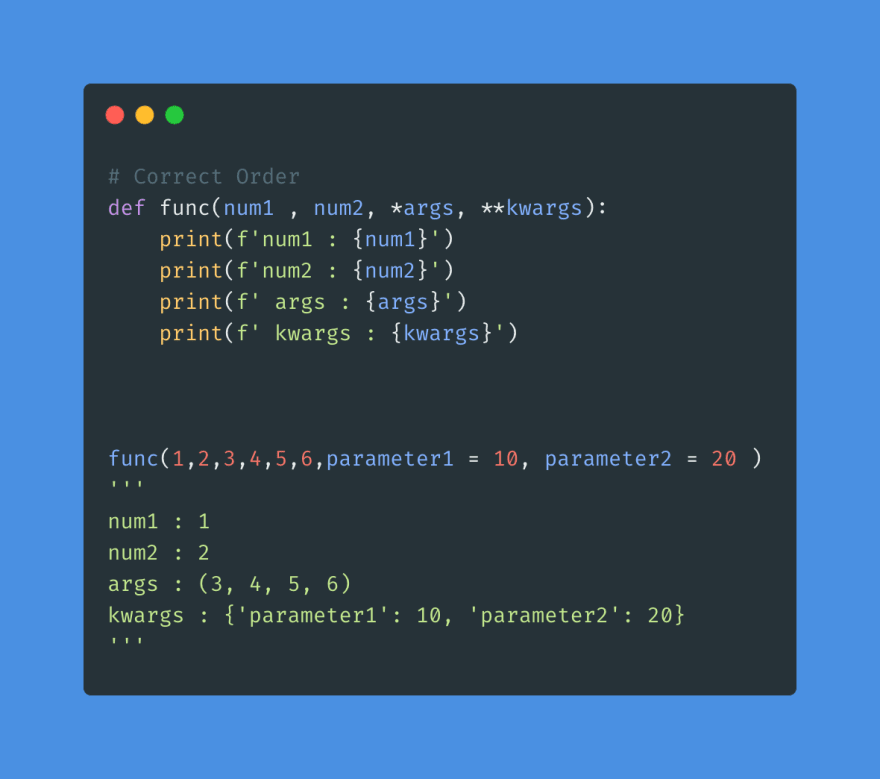 Note on the order of Parameters

This doesn't have anything to do with "args" or "kwargs". The rule has to be followed when dealing with any function in Python.

In Python, you can not pass in Positional arguments after you pass in Keyword Arguments.

You will get the following error if you do so

In the above function call, we pass in num1 and num2 as keyword arguments but then pass (3,4,5,6) as positional arguments. This is not allowed in Python and will result in the syntax error mentioned above.

However, we can pass in Keyword Arguments after Positional Arguments