Trick question of the week:
Why is Developer Experience so important?

For starters, let’s look to the old saying that “first impressions matter”. Anyone that spends too much time trying to figure out how things work is more likely to quit trying at some point. This remains true to developers too.

Today’s guest, Ian Jennings, is the man behind Haxor Developer Experience. According to Haxor, most vendors expect developers to reach their first “Hello, world!” within 15 minutes.

The truth? Half of the developers don’t even reach that point, and the rest who do will end up needing more than 1 hour.

How can you offer a better experience to developers?

Ian has 5 tips that will help make everything better.

Listen to the episode and find out.

In this episode, Ian discusses 2 graphs that stand out to him for the “Let’s talk Data” section. Ian's picks for this week: Developer Programs Benchmark: Mozilla, Microsoft and Google lead the pack and how developer and marketing experts segment their audience. 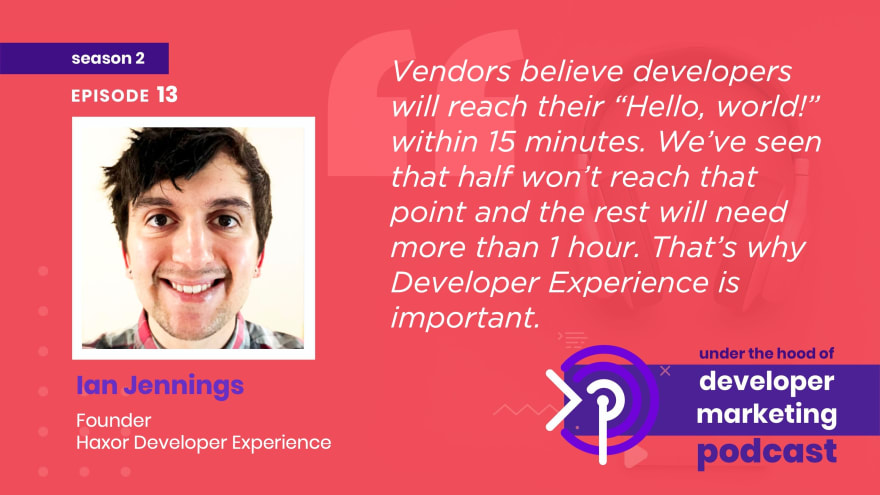 Listening to a podcast while coding, a good idea? Your thoughts.