Trick question of the week:
How are developer relations different from developer advocates?

The role of the liaison between the company and the developer is not something new. Several titles have appeared since companies decided that engaging with developers can offer a competitive advantage. Early roles, that are still active today, were given titled "evangelist" or "advocate".

Is DevRel a natural evolution of the role with a different title or advocates and DevRel work together for a more complete approach? We're not going to spoil it for you. We'll let our guest Chris Riley walk us through this, what makes a good developer advocate and more. Chris has been long in the field and takes us through the evolution of the industry and what makes someone good at such a technical role.

Bonus: where can someone new to their Advocacy/DevRel role find resources on how to be more effective?

Tons of answers in one all-inclusive episode. Here it is.

DevRelx: Our new portal comes with a bi-weekly digest of the latest industry news. You will still be notified of new podcast episodes and also news, articles and jobs. Interested? Sign-up here.

Chris Riley is a Tech Advocate at Splunk, he is obsessed with bringing modern technologies to those who need to solve real-world problems, going from unicorn to reality. Chris speaks and engages with end-users regularly in the areas of DevOps, SRE, and App Dev. He is a regular contributor to industry blogs such as ContainerJournal.com, DevOps.com and Sweetcode.io and host of the podcast Developers Eating the World. As a bad coder turned technology advocate, Chris understands the challenges and needs of modern engineers, as well as how technology fits into the broader business goals of companies in a demanding high-tech world. 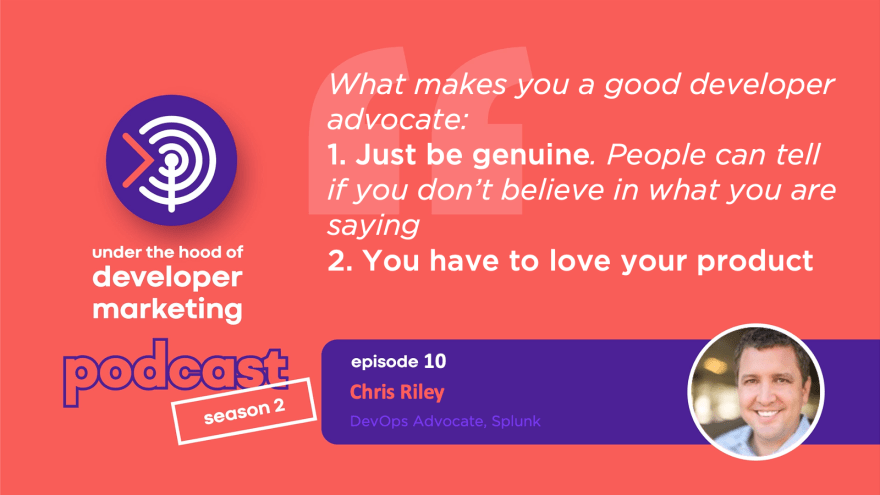