The 9.0.0 release of Angular is here! This is a major release that spans the entire platform, including the framework, Angular Material, and the CLI. This release switches applications to the Ivy compiler and runtime by default, and introduces improved ways of testing components.

How to update to version 9

Visit update.angular.io for detailed information and guidance. To have the best update experience, first update to the final release of Angular 8.

First, update to the latest version of 8

Here’s a breakdown of some of the more notable improvements.

The Ivy compiler has been designed to remove parts of Angular that aren’t being used via tree-shaking and to generate less code for each Angular component.
With these improvements, small apps and large apps can see the most dramatic size savings. 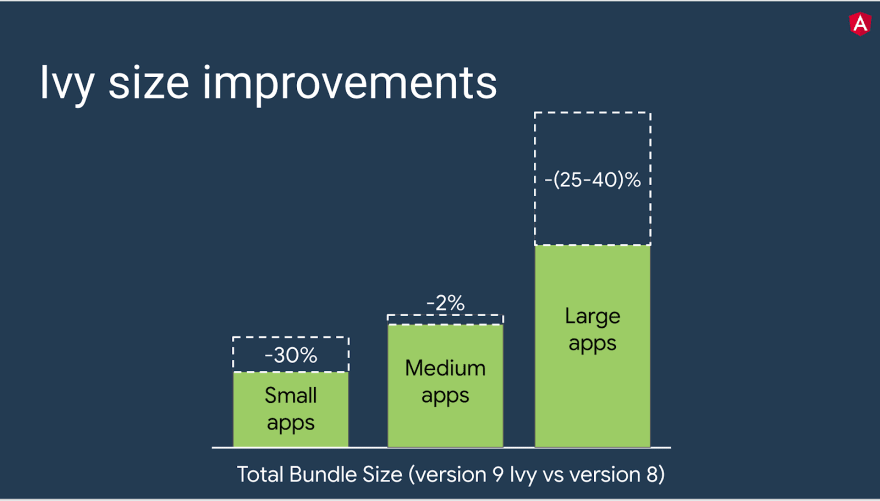 Ivy provides you with more tools to debug your applications. When running an application in Dev Mode with the Ivy runtime, angular now offer the new ng object for debugging.

The Ivy compiler and runtime provides improvements for handling styles. Previously, if an application contained competing definitions for a style, those styles would destructively replace each other. With Ivy, the styles are merged in a predictable way.

For more lets hear it from the creators