My little lander-game will be put on hold for some time.

I like to keep my plans and ideas small and short, but I can't figure out how to make it fun in the little time I have available. 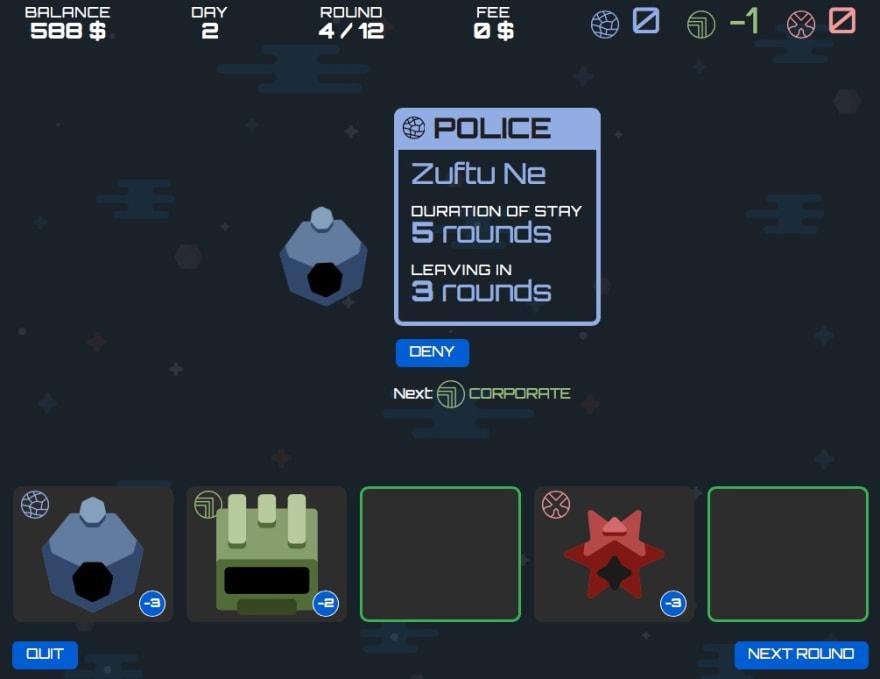 The main idea is that the player is assigning incoming space-ships to landing-pads. There are 5 pads. Every ship is owned by one of three fractions (police, corporate, mob). Those fractions like, dislike or are neutral to each other. When you place two ships from disliking fractions next to each other, your reputation with that fraction suffers, and vice versa. Better reputation means more money from the ships, which you need to keep the port running.

The latest idea was to leave it to the player to find out, which fraction likes/dislikes which other fraction. The other variant is to introduce those relationships one by one to the player.

There would also be further effects and events, like losing the game if every platform is occupied by mob-ships. Or getting extra money from the mob if there are no police-ships in the port.

All of this already works in the game, but it's still not fun to play. It feels like work, and I don't really enjoy playing it.

It was still a great way to get my feet wet with Elixir and Phoenix, and if anyone would like to see the code, or try the game, please comment!

(It's in private repos on GH and it consist of the core-game, a CLI for the game, and the Phoenix-Web-App (no JS)) 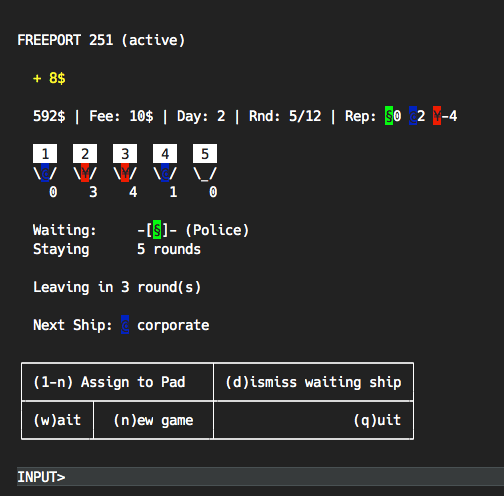 Holler if you like the idea and/or have other ideas how to make it more fun. Also feel free to steal this idea if you like.

A Comparison of Elixir Supervision Trees and React Component Trees

Using a GenServer to handle asynchronous and concurrent tasks

How to create a Elixir release and use environment variables configured at runtime.