I like to work on games from time to time. The last thing I released was Dubiduh in 2016, a short puzzle-game where you control a snaky-ghosty-thing through levels.

That has beed some years ago, and I'd like to release something small again!

I have no idea where this is going, or if there will be a Dev-Log #2, I just felt like writing some words down.

The idea is as follows:

So the main goal is to place/send away the incoming ships strategically, to reach a certain financial goal, or to construct additional platforms (but not in a cookie-clicker fashion)

The platforms could be 4 in a row, or even a 2D-Grid with different ship-sizes.

There could be events, like a cartel ship promising you a large amount of money for not allowing police for n rounds.

But let's lay low for now. I'm working on a prototype where the player should be able to place incoming ships, get money for their stay, and have varying reputation based on described effects.

Since I have had a crush on Elixir for some time, I'm picking it for the initial code. I'm keeping the interface as ASCII for now, since I'd like to figure out the rules before drawing a single pixel. I imagine this would also work well with paper and dice.

I'm calling it "NEORAID", because I mistyped "niorad" and liked the word. 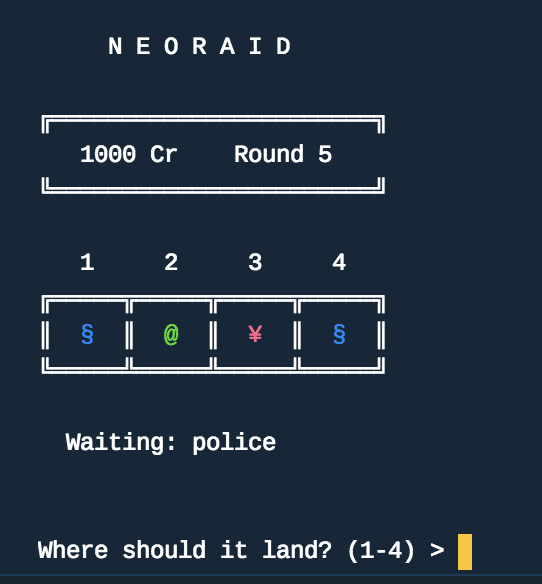 It's time for war. Code. War

Adding Bootstrap 4 and PurgeCSS to Phoenix 1.5

Bringing æternity technology closer to you