This is a 2-part post on linked lists. In this first part we shall focus on explanation, visualization, and use cases, while in the next part we shall look at implementation. So let's get into it. 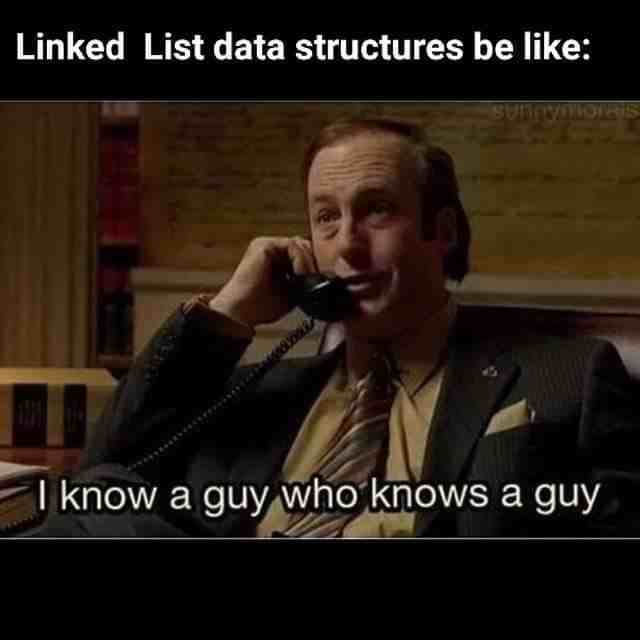 This manner of randomly storing data in memory makes inserting and deleting data much faster than in other linear data structures like arrays.

Below is a representation of memory on a computer. Lets assume each block can store one node/element.

Say we have an array with 7 elements, they would look like this in memory.

Remember that we mentioned above that arrays store their data contiguously in memory; this allows direct accessing of elements using their index in the array. A linked list on the other hand, can only access their data sequentially, meaning that to get to the 4th, 10th, or 100th node we must first start from the 1st node and work our way forward. Because each node is stored randomly in memory, only through the nodes preceding the node we're looking for, can we find it.

This manner of storing data randomly in memory has its benefits, as we mentioned earlier, but in order to better understand why, let's look at how arrays add new elements to memory.

Remember the array from before, say we wanted to increase the number of elements from 7 to 9. The new elements can't just be added to the end of the array because we don't know if those spaces in memory are occupied or not.

So what happens instead is that the elements of the array are copied to a place in memory that can hold 9 nodes, before the new nodes are added in and the old array is deleted.

This cycle is the same regardless of the number of elements in the array, could be 10, 100, or a 1000 doesn't matter; This cycle will always repeat when new elements are added to the array. As you can already imagine this situation can get pretty expensive timewise.

Adding new nodes to a linked list is much faster because they can be placed in any free spaces in memory and don't need to be side by side. so adding 2 new nodes to our previous linked list would go like this.

As we can see, the process is a lot faster compared to arrays.

Now that we understand why linked lists are useful, let's take a proper look at the structure of a linked list.

A linked list keeps track of the first node in the list, which is known as the head. The node at the end of a linked list points to null.

Each node in a doubly-linked list has an extra pointer to the node before it, except the head and last node which point to null.

A linked list can be used in a lot of ways; some of which include:

In my next post we'll look at how to create a linked list in Javascript and some of the common methods of a linked list. Thanks for reading.

How the 2-minute rule improved my life