This is a 2-part series on Hash Table data structure. In this first part, we will learn what hash tables are, how they work, the various parts of a hash table, the benefits of using a hash table, and some real applications of hash tables. In the second part, we shall build a hash table in Javascript. Let's get into it. 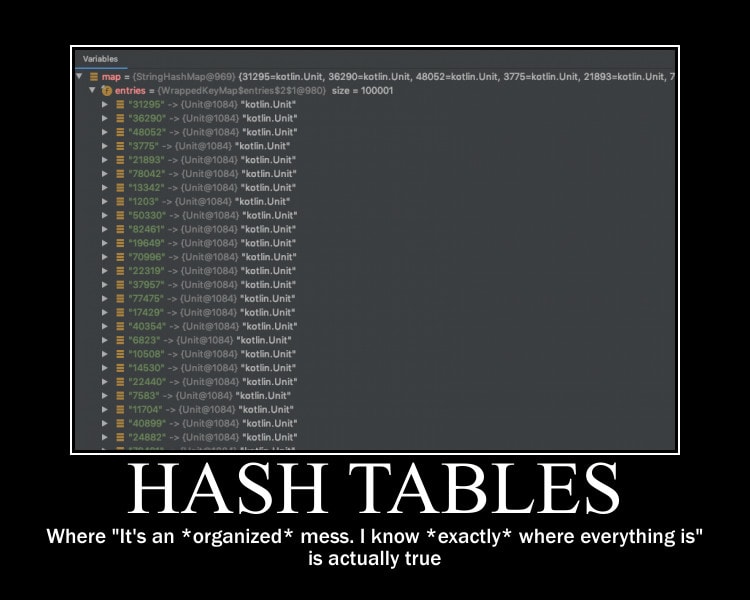 What is a Hash Table?

A hash table, also known as a hash map or dictionary, is a data structure made using an array and a hash function, that is used to store data in a way that makes data retrievable faster than in an array.

In an array, to directly access data, we need to first know its index in the array; otherwise, we have to loop through it; hash tables circumvent this need by assigning the data an index in the array using a hash function. Hash tables store data in pairs key and value the keys are used in the hashing process to determine an index for the data (value).

Hashing is the process of converting a given value to another value. The hash function in a hash table takes in a key and transforms it into a value hash code that matches an index in the table(array). An example is a function that accepts a string, gets the length of the string, multiplies it by 3, and mod the results by the number of spaces in the table.

Using this hash function, we can see that each name gets a number that determines its location in the table. When retrieving the names, all we have to do is get the hash code and we know exactly where in the table the data is stored.

If we keep adding names to our names hash table eventually there will be a point when 2 names will have the same hash code, this is called a collision. There is no guarantee that 2 keys won't have the same hash code index in a table, so we need to prepare for when this happens, there are 2 main ways to resolve collisions; open addressing and separate chaining.

Open addressing, also known as closed hashing, is a collision resolution technique that uses probing to resolve collisions by locating other free slots/buckets in the table. How these free slots are located depends on the type of probing implemented. The 3 most common probing techniques are:

Hash tables are a very useful data structure for when you need to retrieve, insert and delete data, fast. Hash tables have a lot of real-life applications which include:

I personally find hash tables to be a very interesting data structure and would love to build something using them. Thanks for reading, in the next part we are going to implement a hash table in Javascript, see you then bye 👋

Taking Neovim to the Moon

Thanks for keeping DEV Community safe. Here is what you can do to flag m13ha: