This is the #5 post of the IoT series that I am writing, in this article I will talk about primitive data types in C/C++, native libraries, data structures, memory allocation. It is also very important to know what are the main compilers for each of these languages.

To be a good embedded systems engineer you don't need to be THE BEST programmer in these languages, but you need to know their details and how they work behind the scenes. In this post I will not teach you everything about these languages, I will just give you an introduction, and you should seek to delve into these technologies by reading books, attending classes or anything like that.

I like to know about the history of the technologies that I use at work, at college or in my own studies and researches. I think that histories are very good for us to turn off the zeros and ones mode, and chill a little bit. If you don't want to know the history of C and C++ you can just jump this section of the article.

The origin of C is closely tied to the development of the Unix operating system, originally implemented in assembly language, it was released in the early 70s. C was developed to make the Unix OS and its tools development easier, the creator was Dennis Ritchie together with Bell Labs, and with great contributions from Ken Thompson (the creator of Unix). 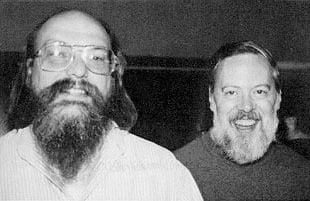 In 1979, Bjarne Stroustrup, a Danish computer scientist, began work on "C with Classes", the predecessor to C++. The motivation for creating a new language originated from Stroustrup's experience in programming for his PhD thesis. Initially it would be just a super-set for the C language, but Stroustrup wasn't having too much progress, so he decided to made it a complete new language.

In 1982, Stroustrup was also working at the legendary "Bell Labs", and he started to develop a successor to C with Classes, which he named "C++" (++ being the increment operator in C) after going through several other names. New features were added, including virtual functions, function name and operator overloading, references, constants, improved type checking. 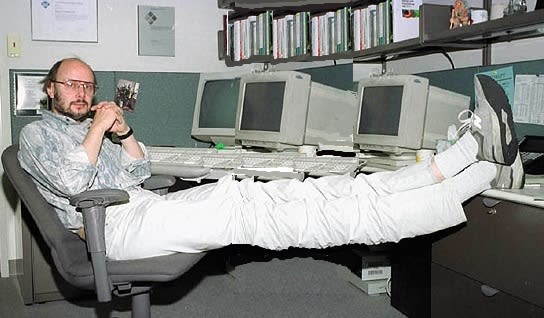 In 1984, Stroustrup implemented the first C++ native libraries. And in 1985, the first edition of The C++ Programming Language was released, which became the definitive reference for the language, as there was not yet an official standard. The first commercial implementation of C++ was released in October of the same year.

Basic type, it stores integer numbers and has a size of at least 2 bytes. Integer values can have modifiers such as: signed, unsigned (only values >= 0) and long (integer with a bigger range).

Basic type, it also stores floating-point numbers. The float data type is usually referred to as a double-precision floating-point type. So a double variable is more precise than a float one, and it could be more appropriate when dealing with algebra, complex math, etc.

Smallest and simplest data type in C, the char type stores a single character and has a size of 1 byte;

In C programming, does not exist the string data type, so a string is a sequence of characters terminated with a null character \0. So you can use char arrays or char pointers, with char arrays you can get the length of the string easier, but you cannot pass it as a parameter to a function, neither reassign and/or modify the string value without the string.h native library.

There are many ways to declare a string in C, so let's see some code examples:

Now to really understand all this boolean stuff, let's see an example of how would this code be in C:

If you are familiar with higher level programming languages, that have the "bool type", you may have difficulty using 0 and 1 for boolean operations/values. So you can use the stdbool.h native library, it is available since C99, and is the best way to use bool in C.

Void is considered a data type (for organizational purposes), but it is basically a keyword to use as a placeholder where you would put a data type, to represent "no data". Accordingly to some standards void is an incomplete data type, because you cannot declare a variable with type void, but you can use void for declaring pointers (void * or void **) and functions.

In C++, the data type bool has been introduced to hold a boolean value, true or false.The values true or false have been added as keywords in the C++ language. Unlike the C language, C++ has a native bool type, not as a constant, a macro, or an enum.

Structs and classes are similar, with both of you can create models, entities, and build a structure type with multiple fields, and these fields can have equal data types, but also different. The c language only supports structs, whereas the C++ language supports both structs and classes.

Also, classes were designed to follow to Object-Oriented paradigm, so using them it is too much easier to implement concepts like polymorphism, inheritance, abstractions and dependency injection. It is possible to implement these concepts with structs, but it is much harder and you might have to write more lines of code.

The C programming language has at least 50 known complete compilers, but this list contains the 3 more popular compilers.

The C++ programming language has more than 20 known complete compilers, but this list contains the 3 more popular compilers.

If you don't have previous experience using C/C++, I recommend that you go deeper and look for content from other sources, and books are always great sources of knowledge.

If you don't like to read books, or if you have difficulties to understand them, you can take courses, there are many free options of courses available. I will recommend free and paid courses that I think that are very good.

We have reached the end of our article, this was a very long post. Know C and C++ is essential to be a good IoT developer, because you will be able to work with high-performance systems, embedded systems and also programming of sensors.

Intro to the Dockerfile Components