This is the #3 post of the IoT series that I am writing, in this article I will talk about microcontrollers, explain what they are, how they work and give examples of some microcontrollers.

Microcontrollers are small, low-cost, and self-contained computers-on-a-chip that can be used as an embedded systems, they are used mainly in electronic devices, industrial and home automation, smart devices and embedded systems. Microcontrollers usually must have low-power requirements since many devices they control are battery-operated.

Microcontrollers generally follow the same pattern of components and structures, they are: 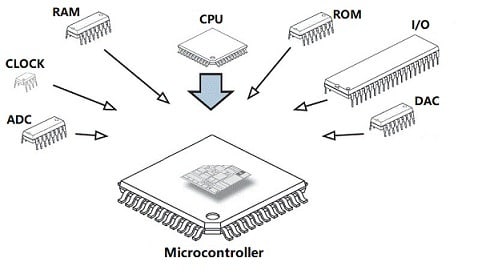 What are the differences between microcontrollers and microprocessors? 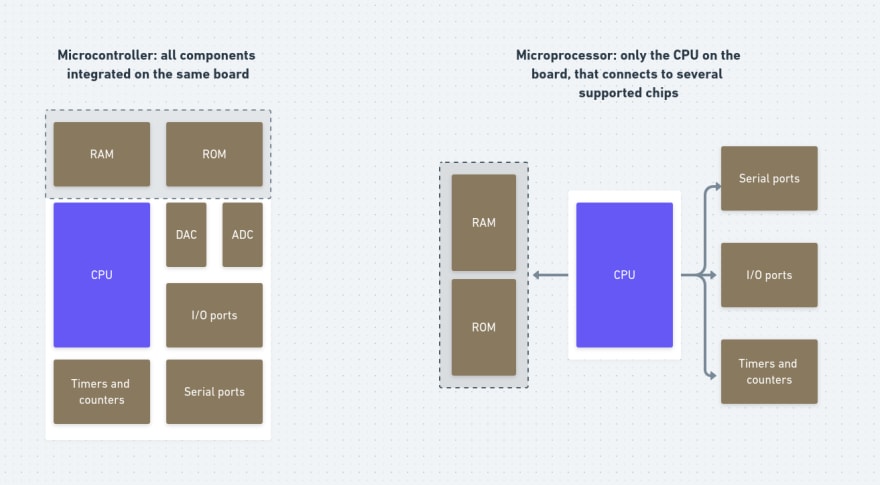 A microcontroller processes data given to it’s input pins using it’s CPU and gives output via output pins. It executes or driven by a synchronous sequential logic circuit. The programs are stored temporarily at RAM memory, and executed by the CPU, that involves the external and internal components, based on what is specified in the program, this program that usually is inputted through a cable, that transfers the source code from your PC to the micro.