Android Studio 3.5 is released! Have you updated yet? Go to https://developer.android.com/studio, I will wait.

Personally, I'm most excited not by any new feature but by a bugfix which makes relevant again for android developers my open-source project for managing dependencies.

Life is too short to google for dependencies and versions

Life is too short to google for dependencies and versions.

This project was born out of a growing disgust for this dark corner of Android Studio:

Android Studio support for editing the Gradle files was bad 😿

Android Studio is in general a magnificent IDE, and integration with Gradle is an essential component of it. So you would expect to have great tooling support for editing your build files.

Instead, this error message is the exact moment where it all breaks down. Instead of Try Again, the wording should be more something like: "You have some error, somewhere, and you are on your own to fix it. Good luck, and tell me when you think you are done.".

The developer experience becomes more like something you would expect from the JavaScript world. You copy/paste some stuff from some website, hopefully at the right place (which is non-trivial!). Hoping for the best, you run it and a cryptic error message is thrown. Rince and repeat.

Why is the tooling so bad? Pretty much the same reasons that in the javascript world: we are doing lots of meta-programming stuff (with Gradle plugins) using a dynamic language (Groovy).

Gradle has the right long-term plan to overcome this problem: write less Groovy and more Kotlin.

But while Kotlin is probably the future, Groovy is the present. And we need some incremental progress to help us here and now with our existing builds.

With Android Studio 3.5, the Gradle "buildSrc" module comes to the rescue.

The "buildSrc" is a Gradle module where you can write Kotlin code like usual (with full tooling support). That code is then be available to all your build files - not your final application. Crucially IntelliJ IDEA and Android Studio have good support for calling it from build.gradle

You can put all the things there that are a bit complicated or should be reused, and keep your build.gradle files nice and tidy.

The main use-case I had in mind was to replace those Groovy libraries.gradle files we used to write: 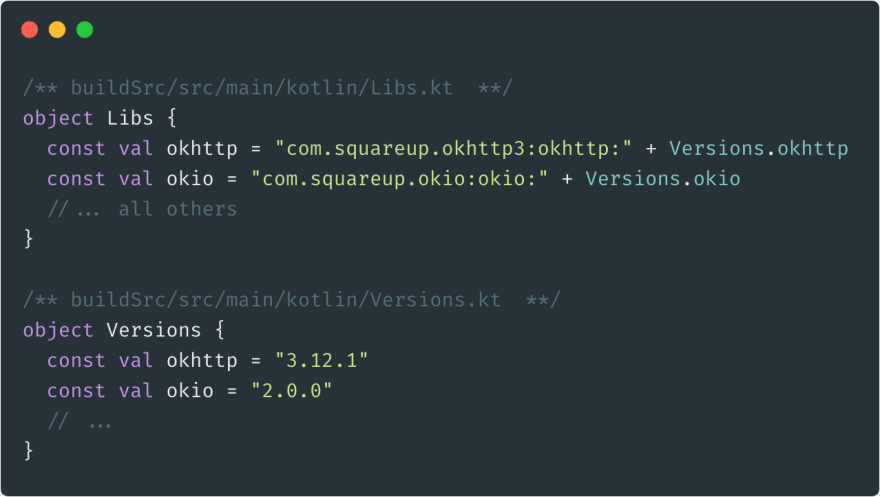 That's quite straightforward but... do I have to write all this code manually?

Laziness is one of the three great virtues of a programmer, so I wrote a plugin which asks Gradle which dependencies my project is using and let the KotlinPoet generate those files.

Install the plugin by editing your root build.gradle(.kts) file like this:

The plugin adds a task to your build, also called :buildSrcVersions.

You can now start to replace your magic strings with the properties available in Libs.kt

Finally the IDE tooling we deserve:

But the more important half of what the plugin do is looking automatically for you what are the newer versions available for all your dependencies!

Upgrade dependencies tend to be tedious. But it is really important to manage them properly. Here are some reasons:

This plugin inherits from ben-manes/gradle-versions-plugin the feature to automatically determine which dependencies have updates.

When you decide you want to update some dependencies, run the plugin again:

The file Versions.kt is regenerated with a comment indicating which new version is available.

At that point, your build is exactly the same. Commit.

Don’t waste your time finding out manually what is the exact latest stable version available. Instead, spend it deciding whether you want or not to update the version. The format is optimized to update with one DELETE key:

This screencast shows this in action:

Once you are done:

Show me an example! 😽

I submitted a pull-request to dev.to's Android app 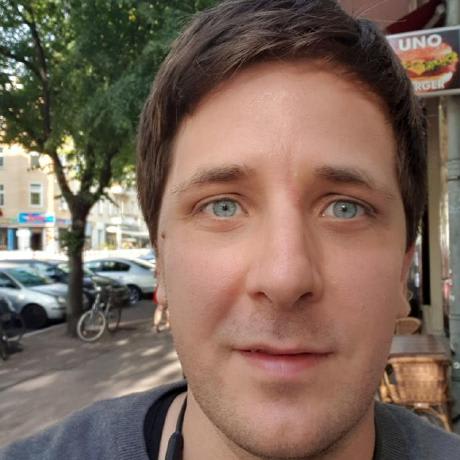 Hello, I refactored the Gradle build to use my plugin buildSrcVersions to manage dependencies.

The files {Libs,Versions}.kt have been generated with the command $ ./gradlew buildSrcVersions

Currently the versions in the dependencies are exactly the same as on master.

If you wish to update Kotlin, edit Versions.kt

If you want to update Gradle, run $ ./gradlew wrapper

Let me backtrack a bit: the buildSrc is technically not a new thing. Gradle made it available a number of years ago and is widely used in JVM/IntelliJ projects. But it may well be new to you: the IDE integration that makes it a game changer launched in Android Studio 3.2. Without enough publicity. And then it got broken immediately after in Android Studio 3.3 and 3.4 with bug #123032843.

So you are excused if you missed the news, and now is a good time to give it a try.

As a conclusion, I will share my favorite reaction after first posting this story: 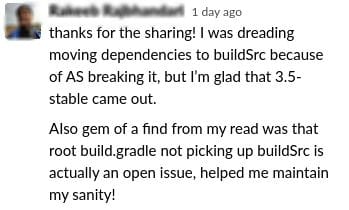 Life is too short to google for dependencies and versions

Life is too short to google for dependencies and versions.

What Are The Effective Techstack that Could Be Used To Develop Uber Clone App?

Show me your portfolio