In case you missed it, Wagtail 2.8 was released and adds Django 3.0 support while dropping Django 2.0 support plus a bunch of new features and bugfixes.

In the latest version of Docker, Postgres now requires either a username & password to be set, or use another setting to allow non-pw access. This affects all Postgres versions for Docker.

This is better for security, but frustrating that Docker made such a major change in this quiet way. It breaks many existing builds.

How to cheat at unit tests with pytest and Black

From Django co-creator Simon Willison, a clever way to combine pytest with the Black Python formatter.

A Tip About DRF Permissions

Use permission classes and operators to simplify your Django REST Framework permissions.

How to add a robots.txt file to your Django site

Add a testable robots.txt file to your Django site.

Do you work with Docker? An interesting article on the alpine build many of us default to without much thought. 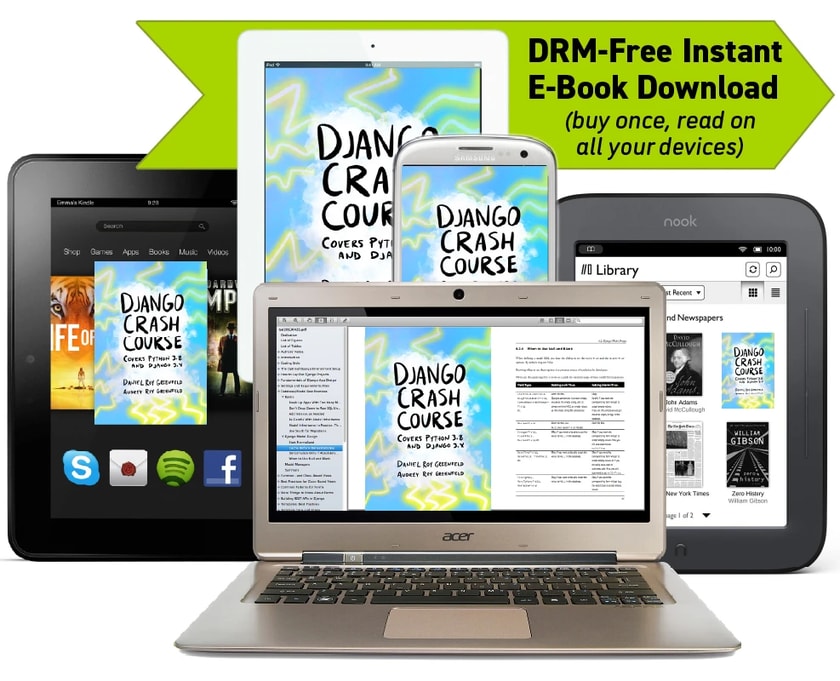 The authors of Two Scoops of Django have released their latest book, the Django Crash Course. Based on their corporate training, they are offering the book for under US$20, which is a steal considering they normally charge $3000/person for in-person training. This book, currently 50 chapters long, is intended for passionate learners willing to get the latest, most cutting-edge written materials. Still in alpha, the book is being updated several days a week, with at least five more chapters to go before completion.

Tom is the creator of Django REST Framework, HTTPX, starlette, and many other cutting-edge Python open-source software. He talks about doing and funding the work via Encode.

We discuss the role of the Django Software Foundation in the larger community and how/why to become more involved.

Covers virtual environments, activating the shell, and using the latest version of pip.

53% of Django projects have redundant code