A few months ago, we have started to migrate our sourcecode CI & CD to Github.com.

Then, both DEV and OPS started to migrate source codes.

It appeared that OPS had to migrate a huge amount of Ansible related repos from an onPrem Gitlab instance to Github.com, and we wanted to take advantage of linting and code quality of the yamls.

OPS started to develop the migration process so it could be entirely code driven and tested.

What appeared was that we needed to manage that huge amount of code to :

OPS did choose to use the following approach :

think about a common toolbox that we could embed in our CI pipeline, on Github.com.

What we needed to do was to :

An important work has been done by OPS on yamlfixer so it could be used conveniently from the cli :

yamlfixer automates the fixing of problems reported by yamllint by parsing its output. 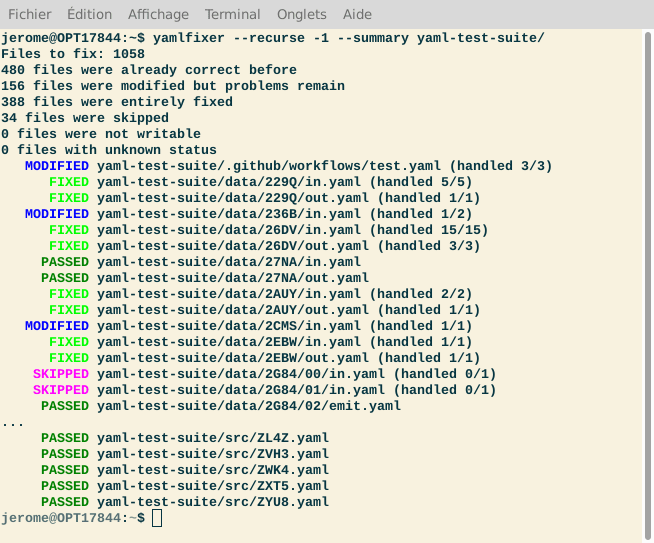 The easiest way to install yamlfixer is from pypi, as described below.

For an optimal experience we recommand using pipx.

This software automatically fixes some errors and warnings reported by yamllint.

Still this cli needed a Python runtime to be used.

🐳 Deliver as a Docker image

Then we wanted to distribute it an easier way, which meaned :

package it as a Docker image.

At that point, DEVs took the relay and implemented Docker release on GH CI, and pushed images on DockerHub under optnc/yamlfixer : 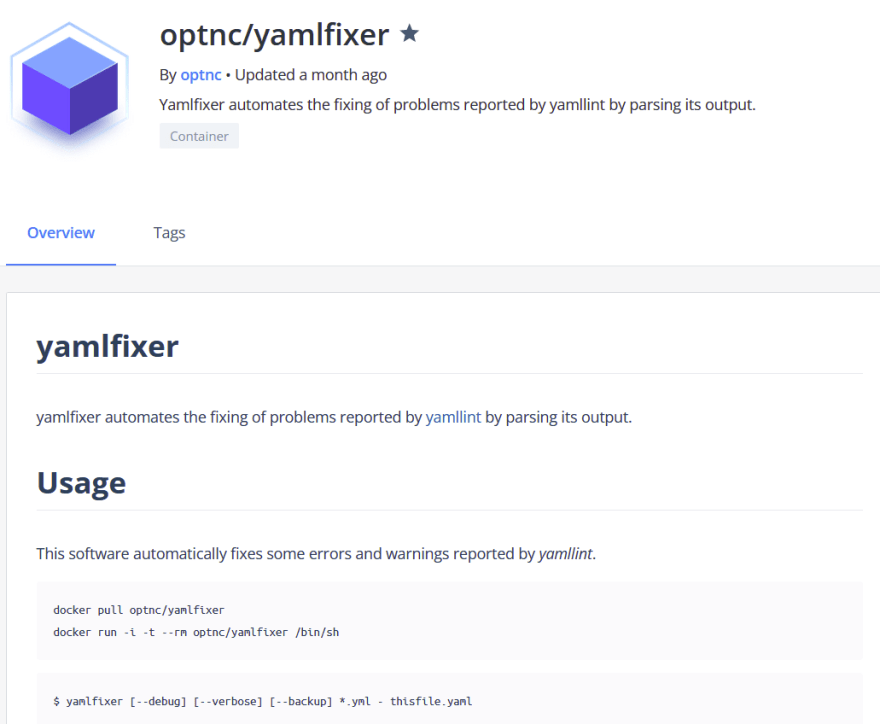 🏃 Deliver as a GH Action

Now, we could use the Docker image to implement the following Public GH Action :

Github action that fixes some errors and warnings reported by yamllint and create a pull request with fixes.

It automatically fixes some errors and warnings reported by yamllint and creates a pull request that embeds the fixes.

You need a Github account that is allowed to create pull request on the inspected repository.

Find below an example that allows to check yaml files on each push with verbose mode :

Here are some useful resources…

... that could be released on the Marketplace : 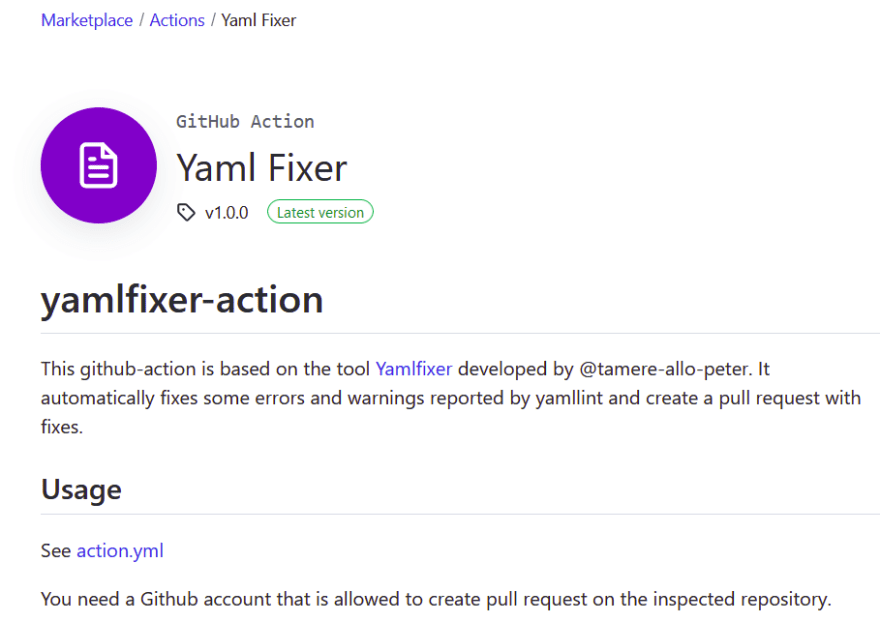 👉 Notice that the action creates a new branch and the pull request to be merged into the working branch so this code activity can be managed and reviewed as any other source code proposal.

As a live video worths a thousand words : discover how the Github Action runs on a dedicated repository :

❌ Rejected PR because of lint failure 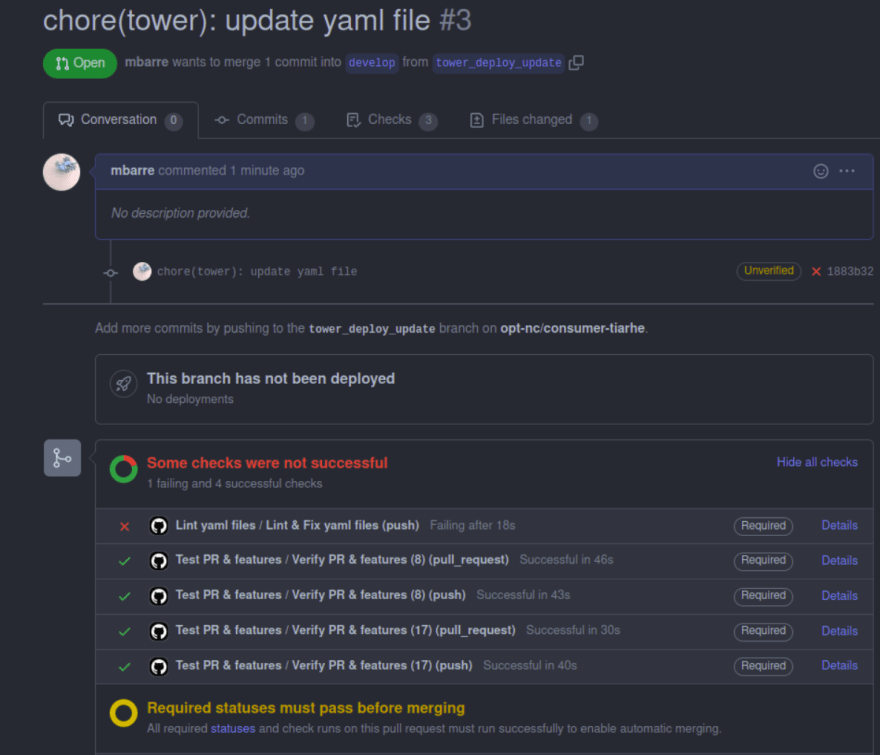 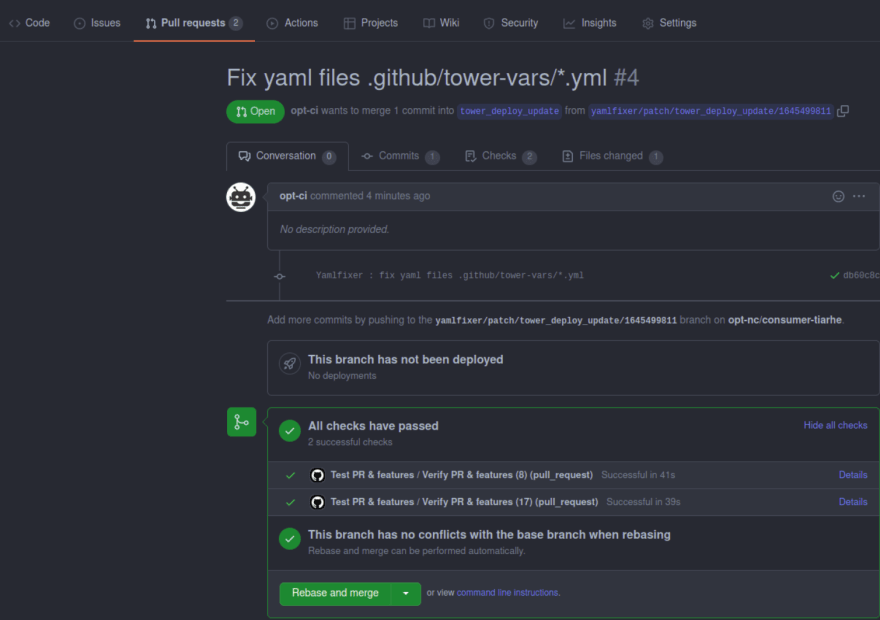 Now, both DEVs and OPs are using it to enhance yaml quality proactively with the help of CI and yaml quality issues are managed on our daily workflow on GH Issue.

👉 Also notice that all the teams using the GH Action have the same level of quality accross the whole organization.

A lot of thanks to the team that made this work come true, all on our DEVOPS pipeline :

4 Careers for People with Coding Backgrounds

How to Install LAMP(Linux Apache Mysql PHP) on Ubuntu 20.04(AWS-EC2)

Thanks for keeping DEV Community safe. Here is what you can do to flag optnc: