This is the sixth post in a series about property-based testing. This post describes "random shrinking", the third and last implementation of shrinking I know of. It keeps all the advantages of internal shrinking, which we discussed in part 5, and is much simpler.

The complete code for this post can be found on GitHub - in particular example.py and random_based.py. 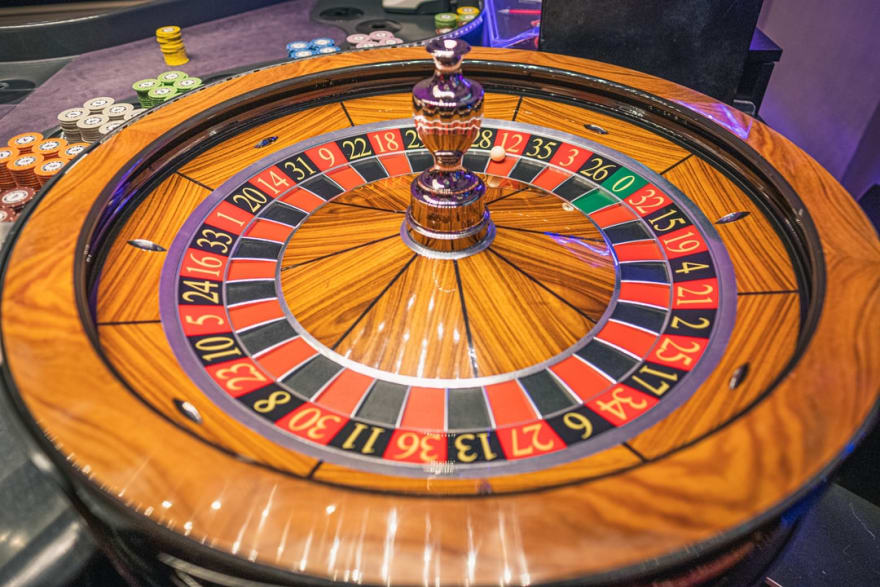 The last posts discussed two different approaches to shrinking failing test cases, aiming to make the failing example easier to understand and debug. The first approach, direct shrinking, makes values smaller by directly changing them. The second approach, internal shrinking, instead tries to change the sequence of choices that are made during random generation. These choices are like the DNA of a generated value, and choices can be edited to make the resulting value smaller.

The unreasonable effectiveness of randomness

The idea is simple: instead of coming up with a deliberate algorithm to make values smaller, we just - in technical terms - throw shit to the wall and see what sticks. That is, we're already counting on random generation to find bugs, let's also randomly try to find smaller values that still make our test fail.

Unlike the shrinking strategies we've seen so far, which produce a limited number of smaller values to try, this new approach can keep trying forever. If the random generator is "random enough", a good shrink should show up at some point.

In practice, that can take too long, especially if the test itself is slow. However, we can avoid running a test, or even generating an actual value, by calculating the size of the value that we're about to generate beforehand. We'll keep the size of the smallest value that fails the test so far, and then randomly generate another and estimate its size while we generate. If that size is greater than that of the current smallest value, we're not interested in running the test with it, or creating the rest of the value. Instead we'll make the generator short-circuit - basically abort and move on to the next value. This avoids a lot of useless work.

I learned of this beautiful idea via CsCheck by Anthony Lloyd, and to the best of my knowledge he is also the inventor of it. As we'll see it's simple to implement - the shortest reference implementation of all - and it's effective. As with previous implementations, it's worth noting that CsCheck's approach is slightly more complex than what I'll describe here - I'm just capturing the main idea.

The implementation contains all the same concepts as the previous posts.

We make two modifications to Random. In addition to generating a random value, we also return the size of the generated value. For our purposes, the size is simply represented by a positive integer. The smaller the integer, the smaller the size. Additionally, to enable short-circuiting, the generator takes in the current minimal size, min_size.

Don't worry if that doesn't make sense yet - examples below.

Beginning with constant, as usual:

A constant value has size 0 - no amount of random generation is going to make the constant value change, so if we have found a value with size 0 we can just stop shrinking.

Our old friend int_between is a bit more tricky.

int_between uses so called ZigZag encoding to calculate the size of an int. ZigZag encoding is also used in Protocol Buffers. The gist of it is that each signed integer gets a positive size, by zigzagging between negative and positive integers. Unlike the implementation here, with a limited type like int32 or int64, you only need a few bit shifts and exclusive or to compute the size, which makes it pretty fast in practice. The idea is that integers with greater absolute value have greater size.

I've also introduced a dec_size method (for "decrease size"), which makes sure we short-circuit generation as soon as possible.

If min_size is not None, meaning we're currently shrinking, dec_size subtracts the size of the currently generated value from the current minimum size, and checks if that is still positive. If it's not, it throws SizeExceeded to indicate that the value we're about to generate is already greater than the best, minimum size - thereby short-circuiting. The less work we do, the more values we can generate in shorter time, and the more opportunities we have for finding smaller values. We're not yet using the result of dec_size but will do soon.

map is uninteresting - it just maintains the size:

The size of mapN is the sum of the sizes of all its inputs:

Both map and mapN assume that the size of the output value decreases as the size of the input values decreases. Reasonable, though it's easy to imagine a counterexample. Here's where the result of dec_size is used: as values for the inputs are generated, mapNsubtracts their size from min_size. This ensures that, if say we have 10 inputs, and we already exceed the min_size by the third generator, we short-circuit as soon as possible.

The size of bind is interpreted as the sum of the size of both inner and outer generators.

And that is pretty much it! We can literally reuse our implementation of Property and for_all, which I've repeated here as a reminder.

Now, find_smaller is new but is hardly difficult. The idea is to keep generating random values until we find one that is both smaller than the current smallest known size, and that still fails the test:

We stop shrinking after trying 100,000 values, or if we somehow found the smallest possible size of 0. For each try, there are three possible outcomes:

Before we check how that works out in practice, let's take a break and have a healthy snack. 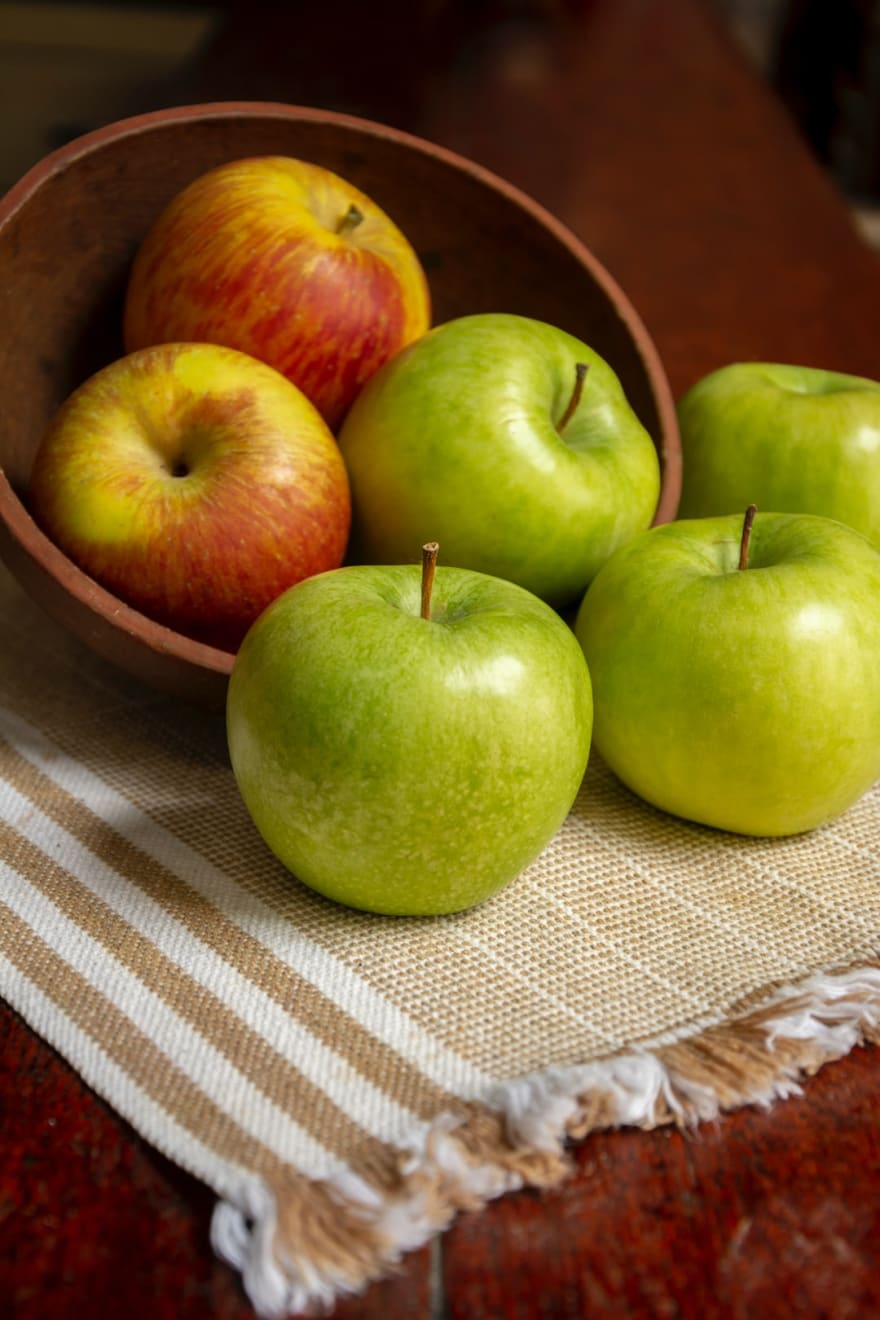 Photo by Robson Melo on Unsplash

Putting it to the test

Now the question is - does this even work? It seems naively simple. Only one way to find out - using our canonical prop_wrong_sort_by_age example. Note once again we didn't have to change generators or test code, and so I won't repeat that code here.

Each of these examples took a couple of seconds to generate. The second example is one of the best results I've seen, the first is more typical. A few notes:

This third and last approach to shrinking sounds almost too simple to work. But it does, and pretty well at that. We've removed all human cleverness from the shrinking process, and as a result we gain a straightforward implementation, while keeping an integrated generation and shrinking API. Shrinking works just as well for mutable as for immutable values, and we can reproduce any run with just a single seed value for the pseudo-random number generator (typically a couple int64 values).

Now, I've emphasized that this approach is by far the simplest to implement, and simplicity is its own reward. But does it also buy us anything? Yes it does - besides having all the advantages of internal shrinking, it's also trivial to parallelize. All you need is a pseudo-random number generator that can generate several separate streams of random numbers. Secondly, if you have the code and the random seed, it's easy to pause and resume the shrinking process at a later time.

After all that, you may be left with a question: what's the best shrinking strategy? As usual, I would say "it depends", and rephrase the question: if you're writing a property-based testing library from scratch, which approach should you choose?

The answer to that question is random shrinking, in my view. Faced with such decisions, it's tempting to find the "best" solution, by some measure. Instead, I think it's better to find the solution that gets people something useful, in the least amount of time, and with the highest optionality - meaning, while keeping as many options open as possible.

In this case, random shrinking is certainly going to produce something useful (i.e. it will make counterexamples smaller). It is by far the simplest and thus fastest solution to implement. And finally, we can move to another approach without bothering our users much, which keeps our options open. Also, it's feasible to tack on any of the other shrinking methods after random shrinking: for example, we can try to find the smallest example using random shrinking, and then try and make that value even smaller by any of the two other methods.

Until next time, and as always, happy to hear from you in the comments or on Twitter @kurt2001.