Nibble: a small piece of food bitten off. In computing: half a byte of information. Every nibble explains one computing science or software engineering idea in five minutes.

Let's try to clear up the confusion with a nibble of lazy evaluation. 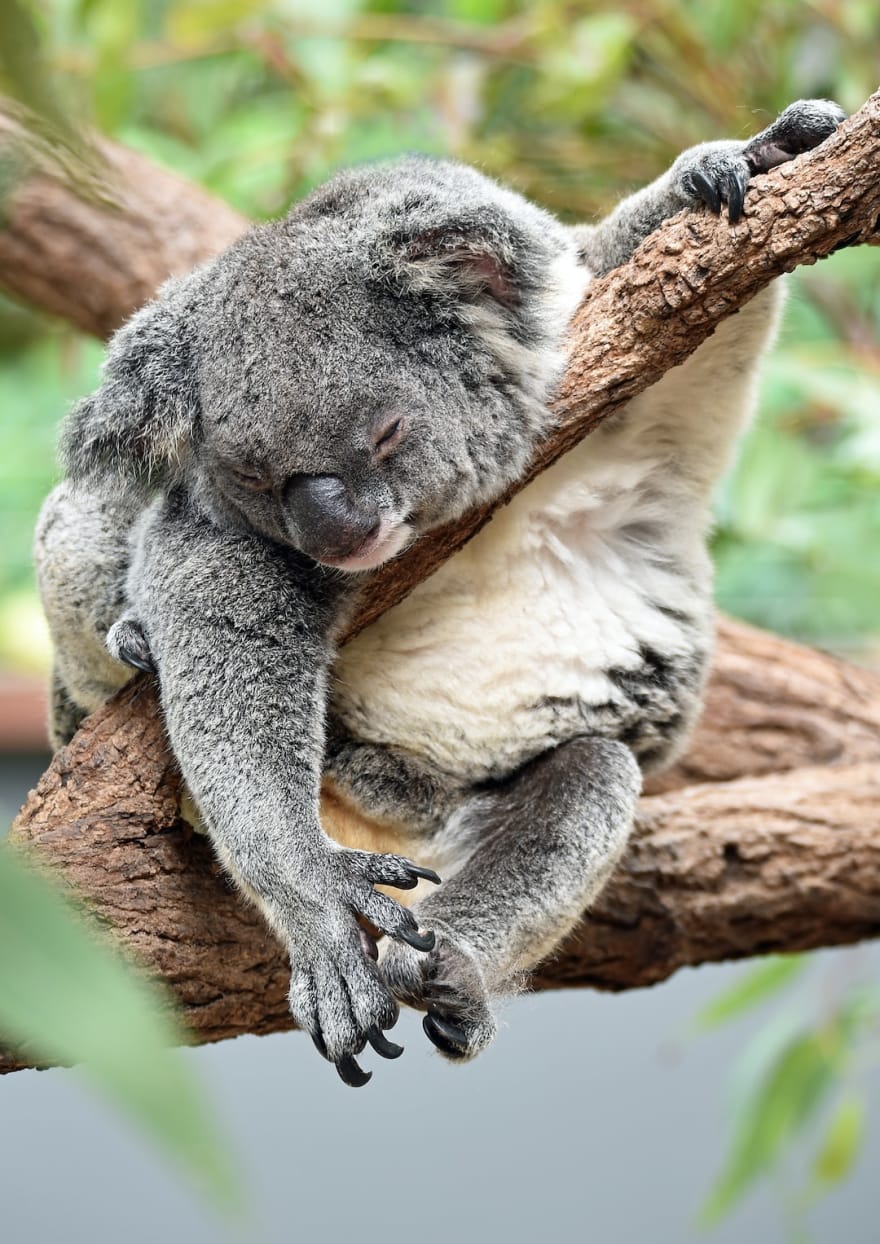 I envy koalas for their ability to be supremely comfortable in the most awkward of places. Photo by David Clode on Unsplash

Like the majority of languages, python uses strict evaluation for function applications:

First, the sum is calculated, then it's logged. While intuitive to understand, the example shows a potential downside of strict evaluation: if the argument ends up being unused, if log_level is WARN, then it's calculated needlessly.

A simple way to spot strict evaluation is to imagine what would happen if one sub-expression gets into an infinite loop. If the top-level expression never gets evaluated, then evaluation is strict.

Strict evaluation doesn't restrict in which order sub-expressions are evaluated, just that they're all evaluated before the top-level expression. It can be left to right, like in Python; right to left, like in OCaml; or left undefined, like in C.

Non-strict evaluation is not as unusual as it may appear at first - if...else... for example is non-strict.

Let's apply our trick to spot strict evaluation. The following Python program terminates even though the else branch loops forever:

The else branch is not evaluated at all, so if...else... is not strict in python.

That's nice for built-ins, but if you want something done right...

Thunks avoid unnecessary work - if the value to log is expensive to compute, the log function only evaluates it when logging is enabled.

An annoying problem with thunks is that they are re-evaluated each time they are called.

To solve that, we can keep the thunk's result the first time it's evaluated, and re-use it. This evaluation strategy is called lazy evaluation. It combines two optimizations:

There is a catch: if the thunk has side effects, such as writing to disk, it becomes hard to understand when or if the side effect occurs. For this reason, lazy evaluation assumes thunks have no side effects.

The functional programming language Haskell gets away with using lazy evaluation by default because it is pure: Haskell functions do not have side effects.

Here's an illustrative implementation of a Lazy object in python:

Here's one line from it:

In Haskell, one of the fundamental data structures is a lazy list. The function series creates such a list. The first element of the list is the number f, and the rest are zeroes. The list constructor : prepends a list with one element. The standard function repeat s creates an infinite list of s.

At this point, you may think that lazy lists are just iterators. Like lazy lists, iterators are computed on demand and can be used to represent infinite data structures. Here's series as a python generator:

The difference is that lazy lists cache elements of the list as they are evaluated. A program like:

evaluates only 20 values in total. Iterators sometimes can't be reset, and if they can the whole computation is redone from scratch. Not so with lazy lists!

Haskell's syntax is terse. In this one line both the : and + symbols are overloaded. The : symbol on the left of the equals sign means list deconstruction. On the right, it means list construction. Here's an image that color-codes the different meanings of each symbol to clarify: 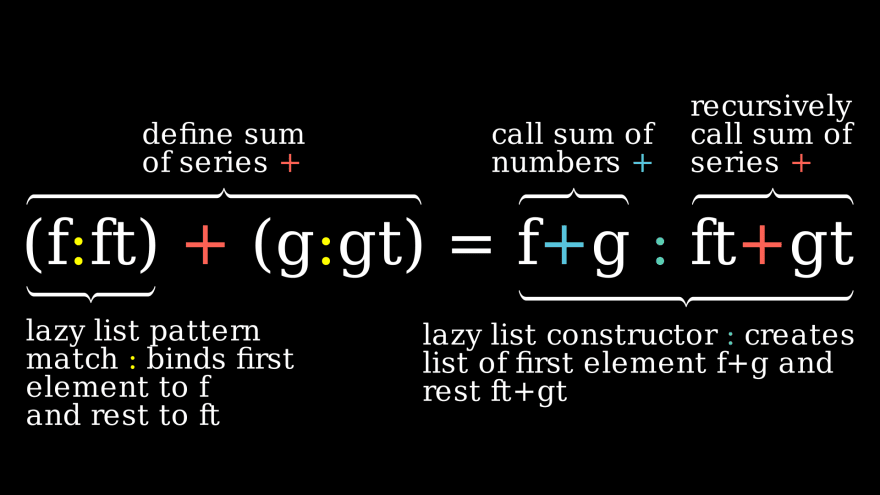 Hold on - a recursive definition without a base case? That's only possible thanks to lazy evaluation. When the first element of a sum of two series is needed, the expression f+g in turn needs f and g, which triggers evaluation of the first elements of the left and right list via the lazy pattern matches (f:ft) and (g:gt). Further evaluation of ft+gt is delayed until more elements are needed. This process repeats when a second element is asked for, and so on.

Lazy infinite lists simplify everything: no need to check when the list ends because it doesn't, and no recursive base case is needed because we only recurse when needed. 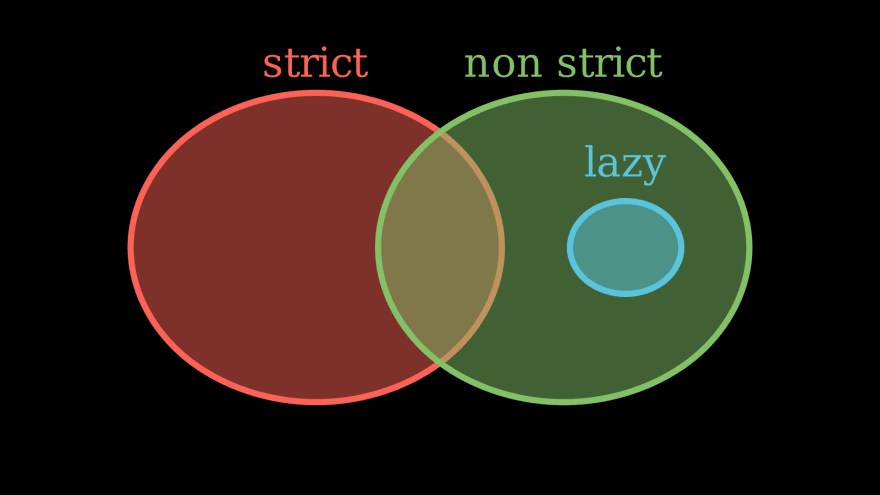 I divided evaluation strategies into two categories: strict and non-strict.

In strict evaluation, all of an expression's sub-expressions are evaluated first. Non-strict evaluation encompasses all strategies that do anything else, including not evaluating some arguments at all.

CLI Client for ReductStore v0.5.0 has been released