It's October and that means it's #ADHDAwarenessMonth! As I've been mentioning I collected messages of support from folks with a Neurodivergency to give you a message of support if you're newly diagnosed or have been considering seeking a diagnosis.

These messages were collected anonymously. I'll be sending one tweet a day with the following image card and the hashtag #31daysofNeurodivergence. 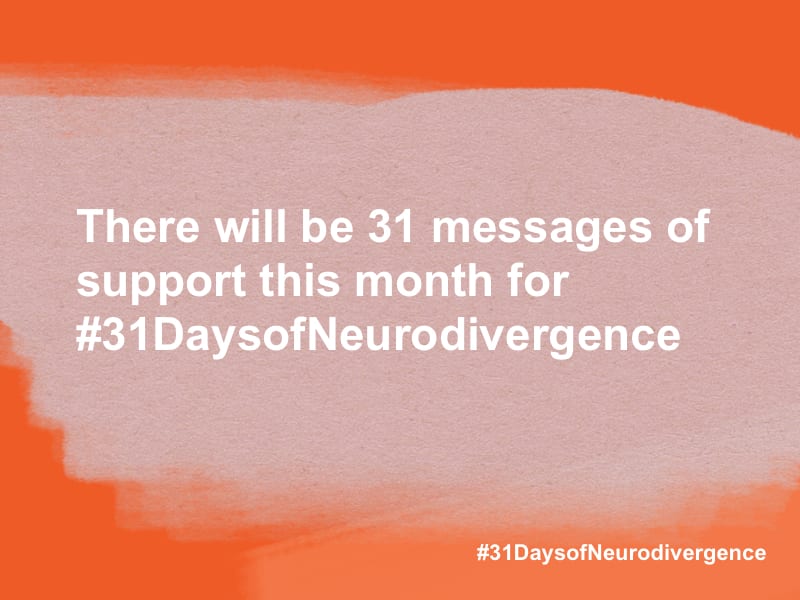 Whether it's ADHD, ASD, Dislexia, Bipolar, or PTSD, or any other Neurodivergence, I hope these messages will be a voice of encouragement for you this month to speak with someone.

About the folks who participated in this.

Folks were asked a bit about their journey with mental health. While this isn't a comprehensive study. It definitely matches that of the experiences I heard from others.

Many of the folks in that filled this out belonged to one or more underrepresented group in their career. 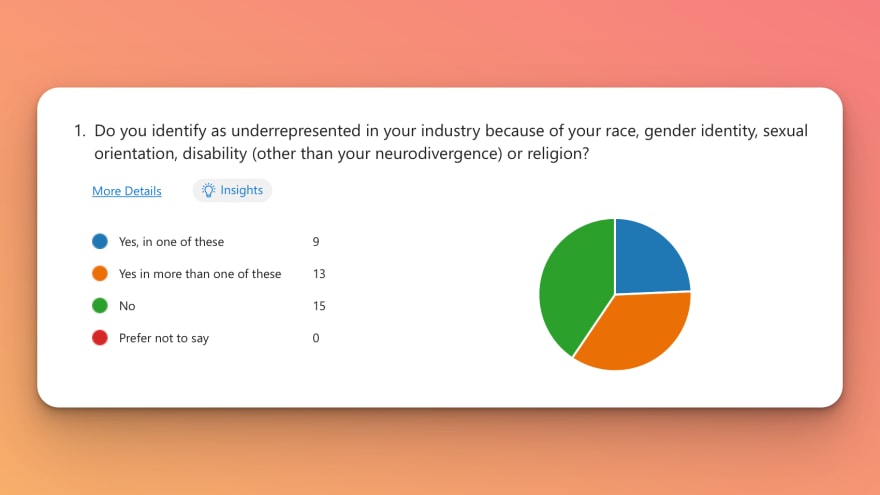 These folks were mostly also diagnosed later in life. 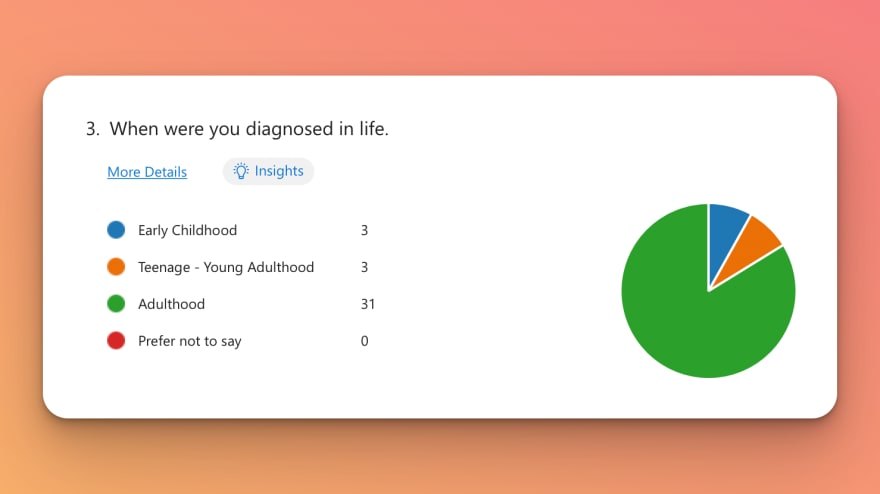 The majority of folks also didn't speak openly about mental health and a large group of folks were often discouraged from seeking professional help by their culture. 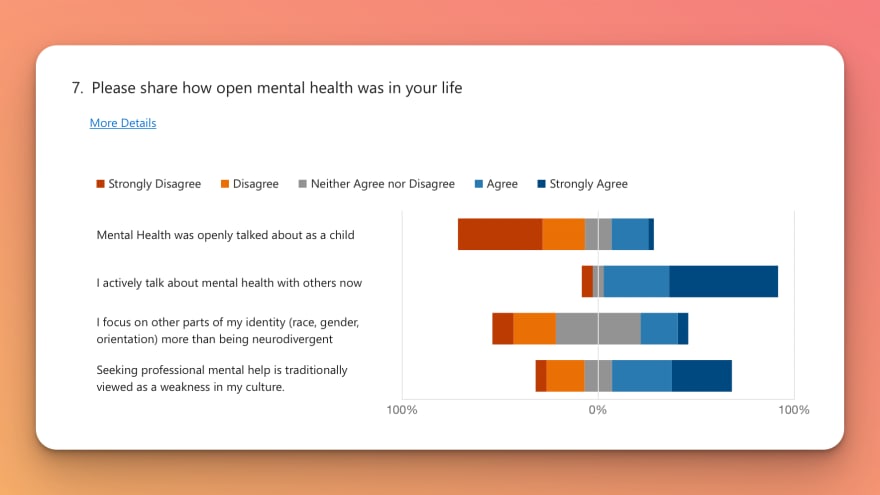 Lastly, a majority of these folks were encouraged after hearing about others with neurodivergencies. That is why we're sharing this information in hopes that we can encourage others. 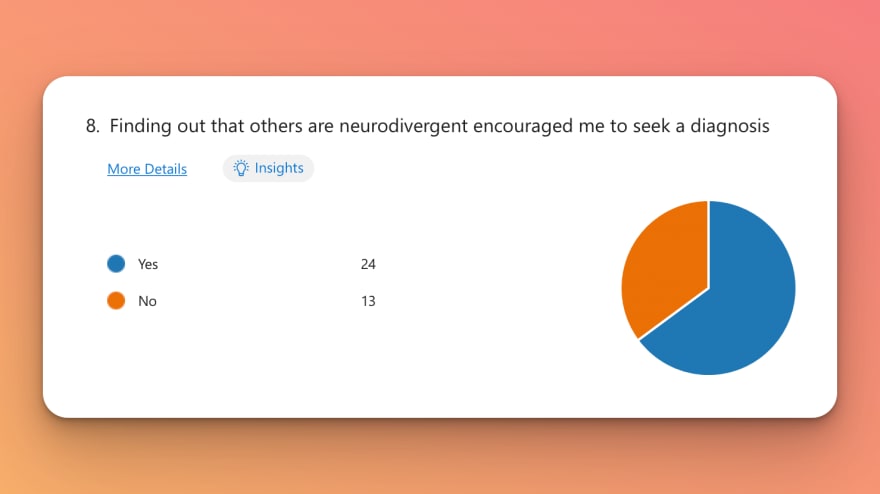 On Autism - Grounding and Normalcy

Once suspended, kjaymiller will not be able to comment or publish posts until their suspension is removed.

Once unsuspended, kjaymiller will be able to comment and publish posts again.

Once unpublished, all posts by kjaymiller will become hidden and only accessible to themselves.

If kjaymiller is not suspended, they can still re-publish their posts from their dashboard.

Once unpublished, this post will become invisible to the public and only accessible to Jay Miller.

Thanks for keeping DEV Community 👩‍💻👨‍💻 safe. Here is what you can do to flag kjaymiller:

Unflagging kjaymiller will restore default visibility to their posts.