The OSI Model is a logical and conceptual model that defines network communication used by systems open to interconnection and communication with other systems. The Open System Interconnection (OSI Model) also defines a logical network and effectively describes computer packet transfer by using various layers of protocols.

The OSI Model can be seen as a universal language for computer networking. It's based on the concept of splitting up a communication system into seven abstract layers, each one stacked upon the last. 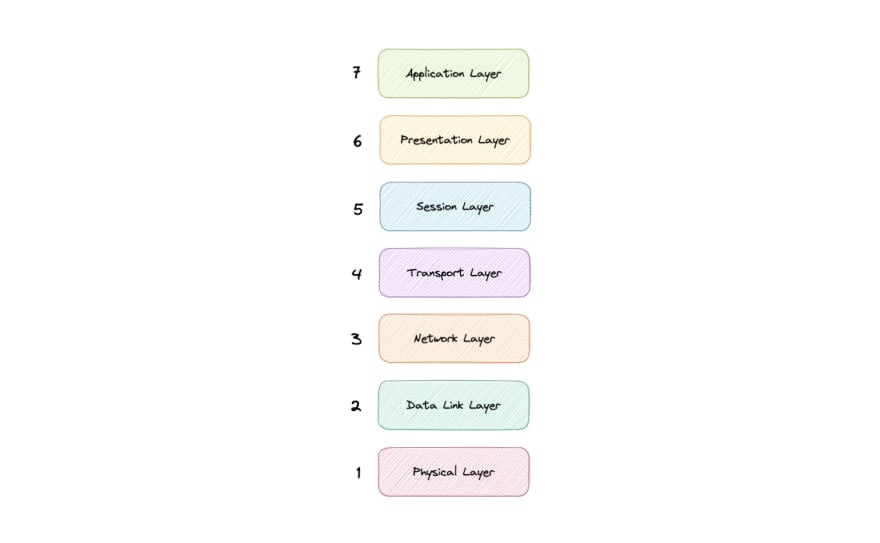 Why does the OSI model matter?

The Open System Interconnection (OSI) model has defined the common terminology used in networking discussions and documentation. This allows us to take a very complex communications process apart and evaluate its components.

While this model is not directly implemented in the TCP/IP networks that are most common today, it can still help us do so much more, such as:

The seven abstraction layers of the OSI model can be defined as follows, from top to bottom:

The transport layer (also known as layer 4) is responsible for end-to-end communication between the two devices. This includes taking data from the session layer and breaking it up into chunks called segments before sending it to the Network layer (layer 3). It is also responsible for reassembling the segments on the receiving device into data the session layer can consume.

The network layer is responsible for facilitating data transfer between two different networks. The network layer breaks up segments from the transport layer into smaller units, called packets, on the sender's device, and reassembles these packets on the receiving device. The network layer also finds the best physical path for the data to reach its destination this is known as routing. If the two devices communicating are on the same network, then the network layer is unnecessary.

This layer includes the physical equipment involved in the data transfer, such as the cables and switches. This is also the layer where the data gets converted into a bit stream, which is a string of 1s and 0s. The physical layer of both devices must also agree on a signal convention so that the 1s can be distinguished from the 0s on both devices.