Load balancing lets us distribute incoming network traffic across multiple resources ensuring high availability and reliability by sending requests only to resources that are online. This provides the flexibility to add or subtract resources as demand dictates. 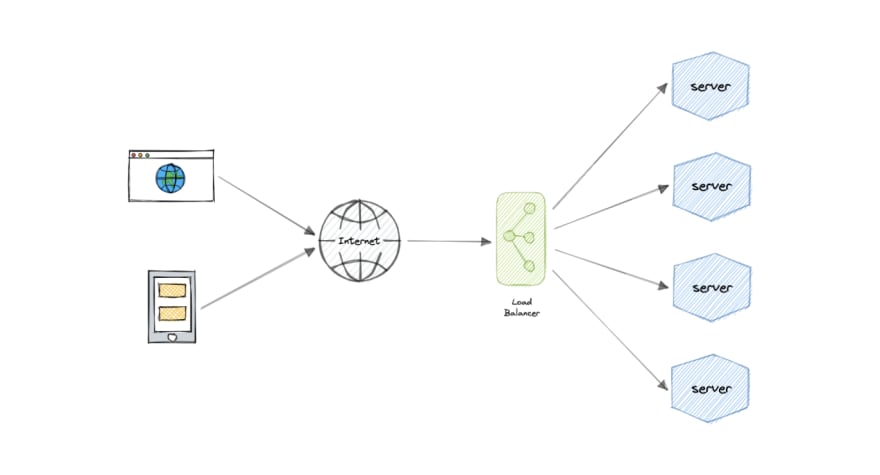 For additional scalability and redundancy, we can try to load balance at each layer of our system:

This is the core functionality provided by a load balancer and has several common variations:

Generally speaking, load balancers operate at one of the two levels:

This is the load balancer that works at the network's transport layer, also known as layer 4. This performs routing based on networking information such as IP addresses and is not able to perform content-based routing. These are often dedicated hardware devices that can operate at high speed.

This is the load balancer that operates at the application layer, also known as layer 7. Load balancers can read requests in their entirety and perform content-based routing. This allows the management of load based on a full understanding of traffic.

Software load balancers usually are easier to deploy than hardware versions. They also tend to be more cost-effective and flexible, and they are used in conjunction with software development environments. The software approach gives us the flexibility of configuring the load balancer to our environment's specific needs. The boost in flexibility may come at the cost of having to do more work to set up the load balancer. Compared to hardware versions, which offer more of a closed-box approach, software balancers give us more freedom to make changes and upgrades.

Software load balancers are widely used and are available either as installable solutions that require configuration and management or as a managed cloud service.

As the name implies, a hardware load balancer relies on physical, on-premises hardware to distribute application and network traffic. These devices can handle a large volume of traffic but often carry a hefty price tag and are fairly limited in terms of flexibility.

Hardware load balancers include proprietary firmware that requires maintenance and updates as new versions and security patches are released.

DNS load balancing is the practice of configuring a domain in the Domain Name System (DNS) such that client requests to the domain are distributed across a group of server machines.

Unfortunately, DNS load balancing has inherent problems limiting its reliability and efficiency. Most significantly, DNS does not check for server and network outages, or errors. It always returns the same set of IP addresses for a domain even if servers are down or inaccessible.

Load balancing also plays a key role in preventing downtime, other advantages of load balancing include the following:

As you must've already guessed, the load balancer itself can be a single point of failure. To overcome this, a second or N number of load balancers can be used in a cluster mode. 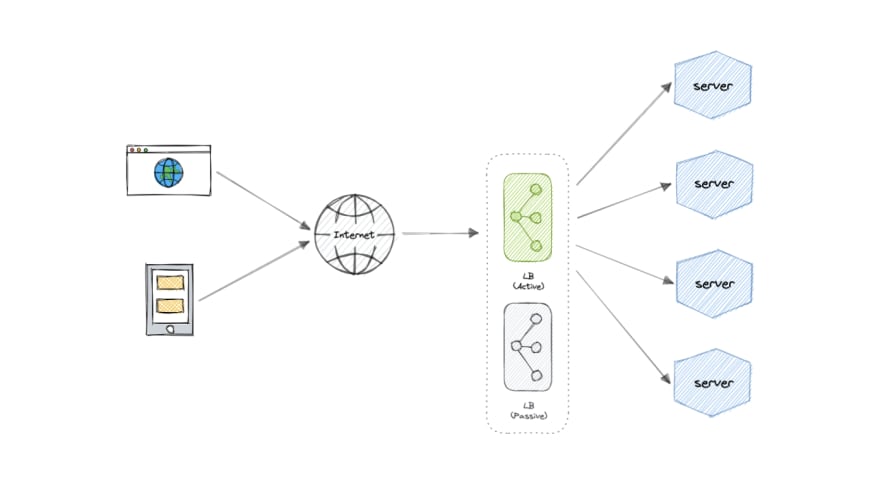 Here are some commonly desired features of load balancers:

Following are some of the load balancing solutions commonly used in the industry: