Note: This is old content from GarrettMickley.com. I am no longer pursuing a game design career, but I didn’t want the content to go to waste, so I’m relocating it here. I hope the Dev.to community finds it useful.

0.0. Table of Contents
0.1. Introduction
1. Come Up With A Concept
2. Come Up With Gameplay Mechanics
3. Sketch Out Levels (If Needed)
4. Write A Story Outline (If Needed)
5. Create A Game Design Document (GDD)

Designing games is the most fun thing in the world that can become a life-long career. If you've ever had an idea for a game, or played a game and thought "if I made this game, I would have done X differently," you're already a game designer.

I mostly design video games but I do sometimes work outside of the digital realm and make games that exist in meatspace. This guide will work as well for video games as it will for board games or table top games, or any other type of game you can think of.

1. Come Up With A Concept

I come up with a new game idea every day. I don’t even have to force it -- it’s something I’m passionate about and so it comes naturally to me. I will admit, I had quite a bit of practice. Short backstory: I used to play a lot of D&D and other tabletop games as a kid. My friends liked when I was the Dungeon Master and I didn’t have much money so I usually created campaigns instead of buying pre-made ones. Eventually I decided I didn’t like some of the monsters and player classes in D&D and I started creating my own more basic tabletop role playing games based on the D6 system.

It’s okay if you don’t have this sort of game design background, but I bet you’re here because you had an idea for a game and decided to pursue it. That’s awesome, you’ve already completed the first step. Write it down! You don’t want to forget anything. I use Google Docs for pretty much everything because it’s accessible from anywhere with internet (which for me is pretty much anywhere I go).

Set up a folder for all your game design ideas. Then create a new folder for each idea you have. In that folder, make a document just for jotting down ideas. Don’t forget to get the apps so that if you have an idea, you can get it down quickly. When I was going to college for my degree in game design, I had to drive an hour from my house to campus. During that time I would have ideas, but I couldn’t write them down. I used to repeat them to myself over and over again until I got home (or to campus) so I wouldn’t forget.

Do whatever you can to make it easy to record your ideas before you forget them.

2. Come Up With Gameplay Mechanics

You’ve got the idea, now it’s time to work on the gameplay mechanics. Gameplay mechanics are the meat of the game. If the game’s a video game, this would be something like in Portal, where you can shoot portals and pass through them, or in Super Meat Boy, where you can (somewhat) grip walls and jump off of them. Those are unique and specific mechanics. More basic mechanics are things like: how the player moves, combat, and anything else that involves gameplay side of things. If the game isn’t going to have a basic WASD/Joystick to move, Space/A to jump, etc, you need to be writing it down. Actually, even if it is basic, write it down anyway because when it comes time to build the game, programmers are going to want to know what buttons make the game do the thing.

To design gameplay mechanics you don’t have to know how to program, you just have to be able to describe it. Make sure you get all this information down in your ideas document so you don’t lose them. You may also change them around in the future if you have new ideas or decide to tweak them some. Don’t stress about that unless the game is already in production. You shouldn’t be changing mechanics at that point in development.

In games that aren’t video games, the game mechanic could be something like the way cards interact with each other, or if it were a tabletop role playing game such as D&D or Pathfinder, it would be the dice system.

3. Sketch Out Levels (If Needed)

Not all games have levels, but if yours will, you need to sketch at least a few level ideas out. There is a lot that goes into designing a good level, and if you take your game to production you may end up working with one or more people who specialize in level design. I find level design to be one of the harder things to do. Lucky for me, most of the games I’ve designed aren’t level based.

However, if your game is level based, you’ll be doing everyone a favor if you’re able to sketch out a few levels first. Google Drive does have an MS Paint -like tool but I would recommend just drawing them with a pencil on some printer paper, scanning or taking a picture, and uploading it to your Drive folder where you’re keeping all of your documents related to this game.

Evernote is actually really good for this but I prefer to work with Google Drive because I find it more useful, and because I do a lot of my writing from a Chromebook. You may find Evernote to be more useful for yourself. Use whatever tool is going to make game design easier for you.

4. Write A Story Outline (If Needed)

Actually, this isn’t an “If Needed” it’s an “It’s Needed”. Every game needs to have a story.

There needs to be motivation. It doesn’t even need to be a fictional story. For example, in my game Did You Win Or Did You Lose? (in development), the story is this:

The player is on a quest to discovery if they won or if they lost.

But the game mechanic is this:

The player clicks or taps on a difficulty button and finds out if they won or if they lost.

It’s a game as simple as it gets, but there’s a story there. There is always going to be a story. Write it down. Put it in your ideas document.

The final step in designing a game is to take all of the stuff we’ve collected, organize it, and throw it into a game design document (or GDD) so that we can present it to others such as investors, or teammates that will be working on the game with us when we decide to take it to production.

Creating a GDD is a huge topic on its own... 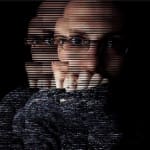 Creating A Game With ECS - Part 1