The breadboard is a good place to get started with basic electronics, but there will come a moment when you will need to use some basic soldering to get around - whether it's for assembling a kit, finishing a prototype or repairing a board / toy / gadget.

The good news is: soldering is not as difficult as it may seem. Good soldering requires practice, so the better way to learn is to get your way around the soldering iron and build something. I definitely recommend buying a kit with lots of LEDs to have enough room for practicing! That is how I learned how to solder.

The following step-by-step guide demonstrates the very basics of soldering: 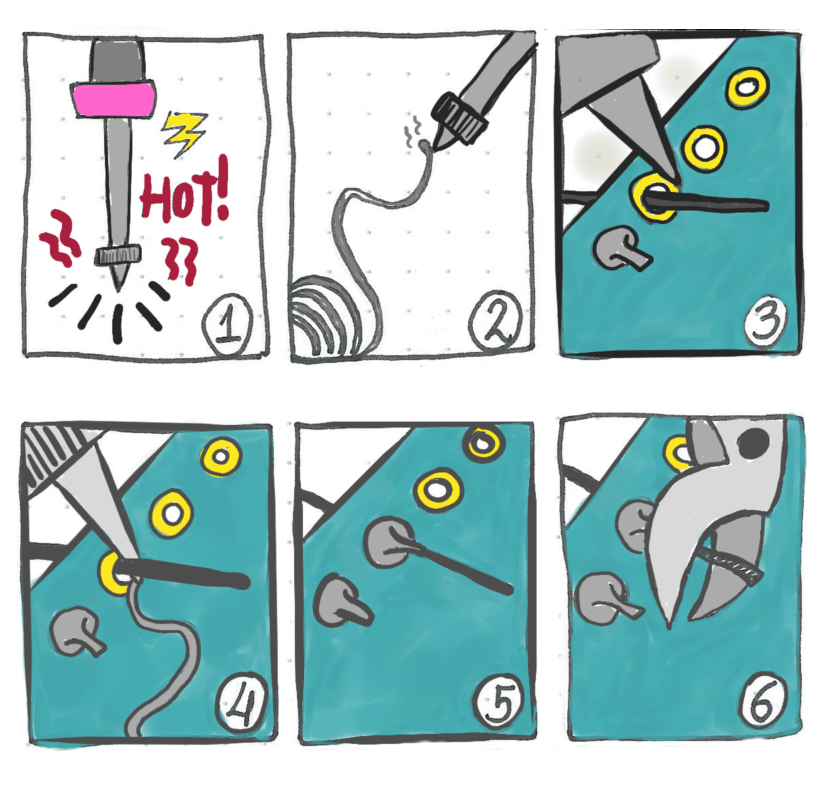 Another proTip: when it comes to how much solder to use, less is more! Use just enough to fuse the lead / wire into the hole. Using too much solder will create blobs that either don't adhere well to the board or just interfere with other components that are placed nearby.

Now let's see all that in action. The following video shows a simple example of basic soldering with a single LED on a prototyping board:

Next, let's see a more real-life example. In the following video, I'm soldering a row of RGB LEDs on an Arduino shield. This is a common scenario when soldering kits: tight space an loads of components to assemble and solder. Great for practicing!

If you'd like to learn more about soldering techniques and equipment, I highly recommend checking this Adafruit guide to excellent soldering.

They have a great section explaining about common soldering problems, like cold soldering joints and bridges.

Now that we got soldering out of our way, it's time to move to more interesting things. In the next tutorial on this series, we'll start playing with LEDs on Arduino. See you next week!

Code sorceress and machine enchantress. Passionate about writing and creating technical content for a variety of audiences.