I have been working all my life on PC/Linux, now I’m working with macOS due to Xcode dependency for iPhone compilation.

In the beginning, it’s really hard to switch your mind because the control keys win/alt/ctrl keys are made in different order ctrl/option/command.

I think it’s better to use some systems with his default configuration. I will show you how you can hack your PC keyboard to work as a mac keyboard.

This is mac keyboard distribution (with alt on left): 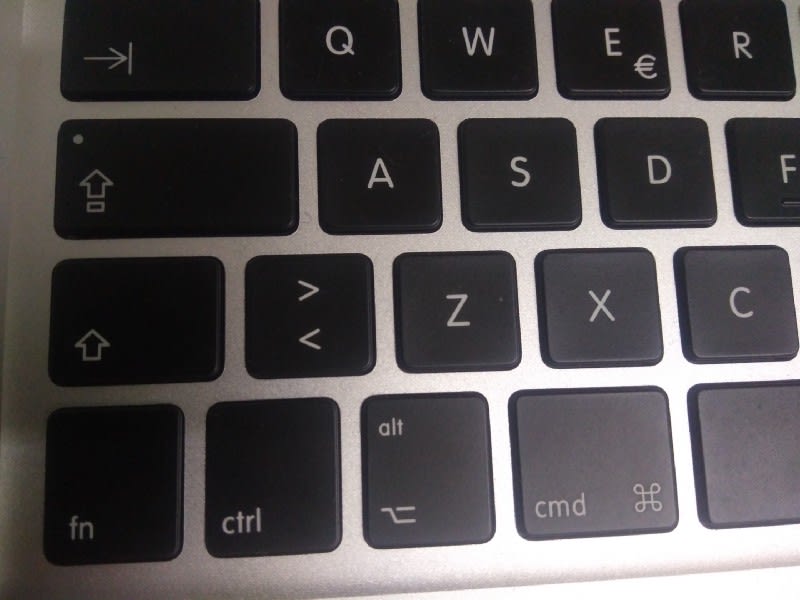 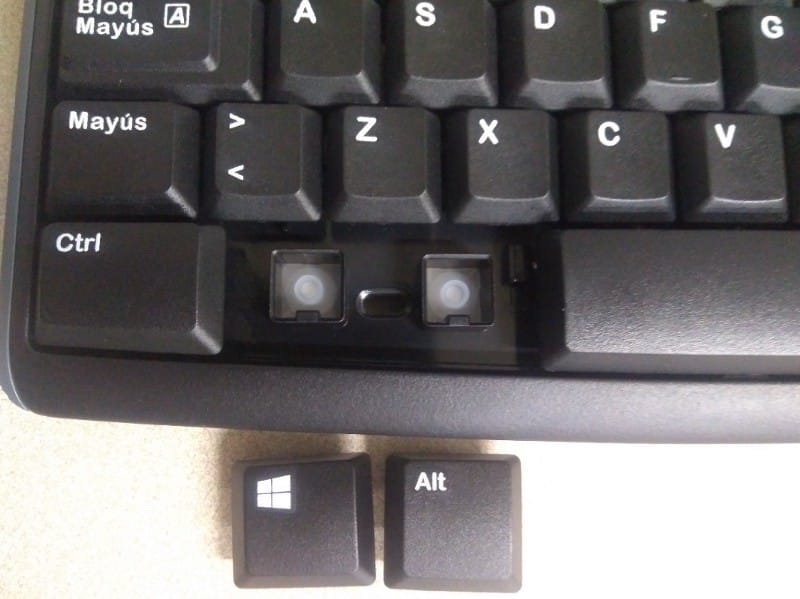 … and swap them. Tada!!! … now you have the same physical (and visual) order as mac keyboard. 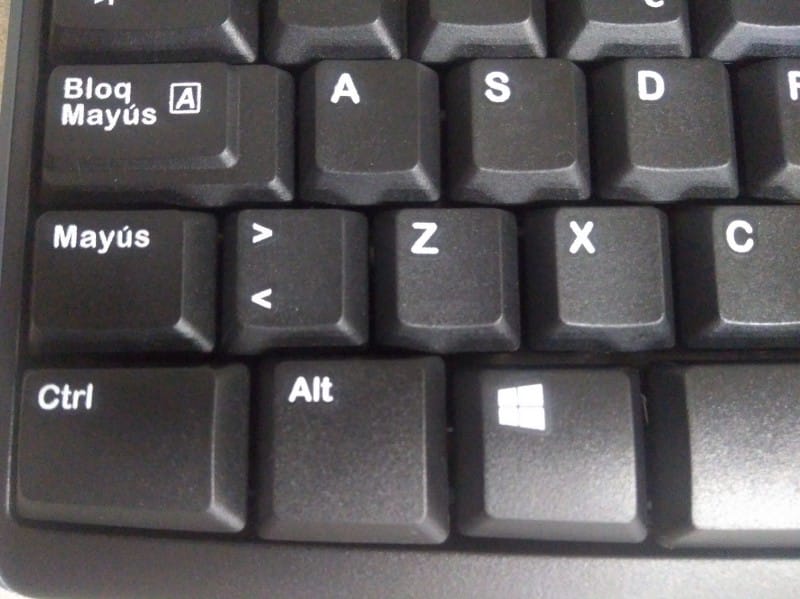 The last step consists of telling macOS, to change this keys behavior.

Go to System Preferences → Keyboard and select and press the [Modifier Keys…] button. Select your PC Keyboard (my wireless Logitech keyboard was identified as “USB receiver”) on the list and switch ⌥ Option to ⌘ Command and ⌘ Command to ⌥ Option press [OK] button and … 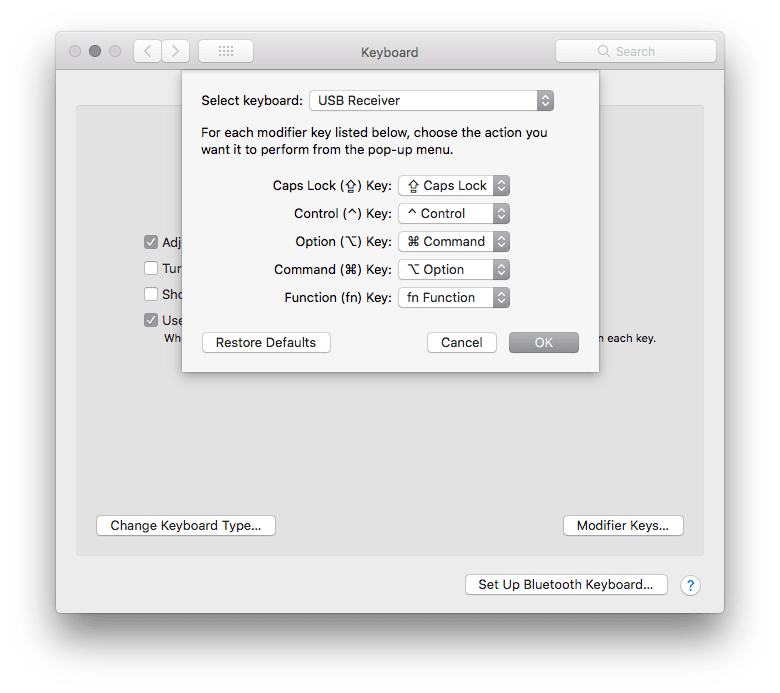 A better approach is to use Karabiner: an excellent keyboard customizer.

Because you can modify the behavior on each key, event on the left o right side. And this forgotten Application Key can resurrect as ⌥ Option (or ⌘ Command). 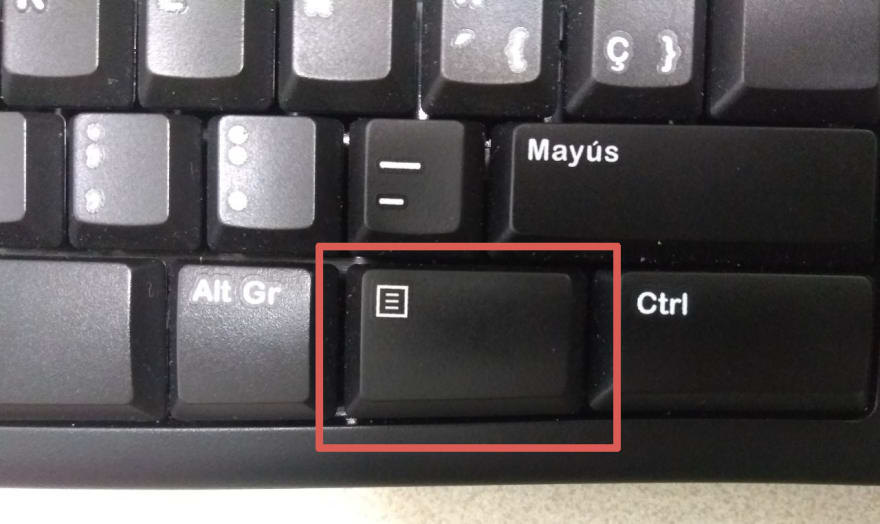 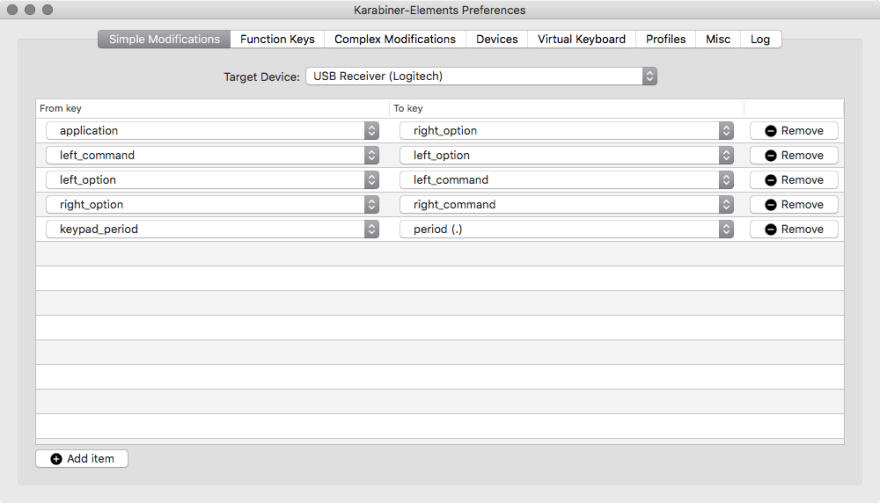 Sometimes period key on Numpad writes a comma, that why remapping as the period it's a good choice.

And if you have problems with <> and ºª keys, swap them with non_us_backslash and grave_accent_and_tilde. 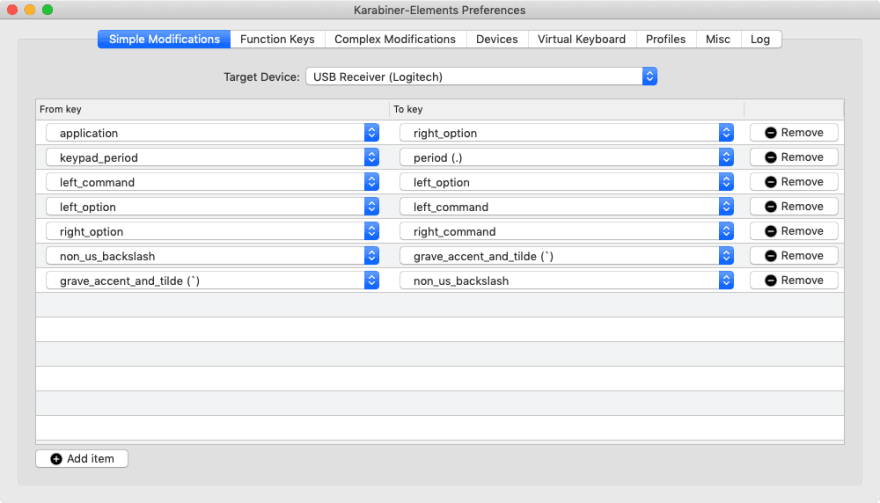 More complex combinations can be applied from ke-complex-modifications

One thing that I dislike on MacOS is switch between apps because can't enable an option to switch between windows. The keyboard shortcut to move focus to next window ⌘ +` is hard to access and if your input is focused on a place that can be used to write doesn't work because his priority is writing text in this case: backtick character.

To avoid this annoying behavior, just changed to: 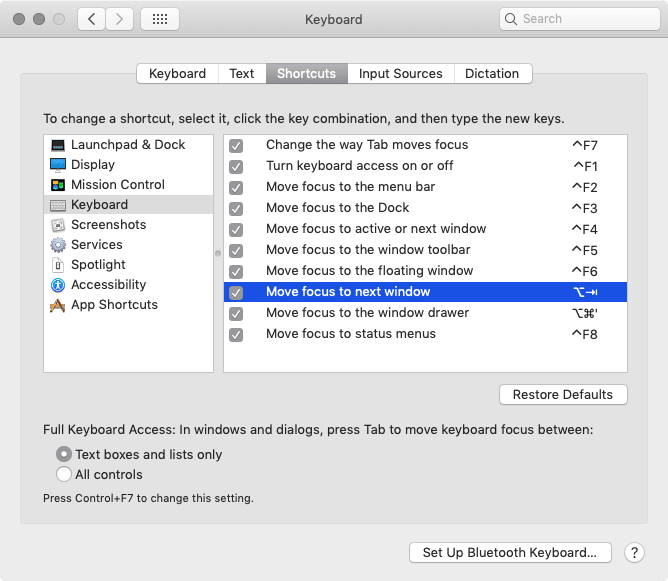 Which day of the week do you get your best coding work done?

The Most Fun We've Ever Had Coding! 🎙

Once suspended, equiman will not be able to comment or publish posts until their suspension is removed.

Once unsuspended, equiman will be able to comment and publish posts again.

Once unpublished, all posts by equiman will become hidden and only accessible to themselves.

If equiman is not suspended, they can still re-publish their posts from their dashboard.