Irrespective you are Computer Grad, Computer Engineer or Computer enthusiast, we ought to understand the elegance of the Computing machine and its making process. Then you will start appreciating the Masterminds behind it and their thought process. I Would like to give you an overview of the lifecycle of Computer making which ignited me to start understanding the beauty.

What is a Computer?

📢 A General-purpose computer is a set of hardware units soldered on a motherboard whose working is orchestrated by a software called an Operating system.

This definition will open up the following questions

1. What are these Hardware units?

There are many hardware Units which you need not understand in detail.
But important ones are

A capacitor is a device that can temporarily store an electric charge.

A resistor is a component that resists the flow of current.

This is the most important invention of the 20th century which happened at Bell Labs.

📢 I strongly recommend you to watch this video.

Integrated Circuit is basically anything that is composed of tiny resistors, capacitors, transistors that are fabricated on a silicon wafer.
Eg: amplifiers, oscillators, timers, counter, RAM, Micro Processors, Micro Controllers and so on.

There are 3 types of IC

2. Why these are soldered on the motherboard?

Having all the Hardware Components alone doesn't make sense, because they need a way to communicate.

So, A motherboard is simply a printed circuit board where all the other IC, IO peripherals, slots are soldered to provide a Communication channel between all these units.

📢 What about Mother Board standards?
ATX form factor is used to regulate the design and layout of most pc nowadays, Please check List of form factors. 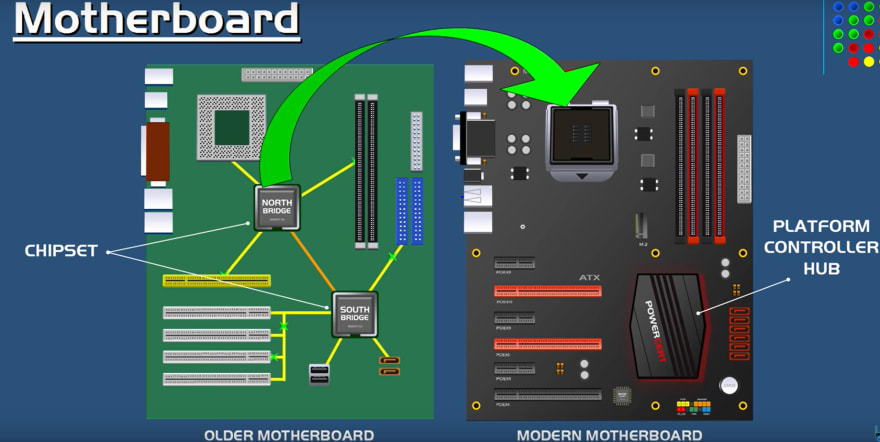 📢 Architecture Changes
If you already knew about motherboard architecture, There were 2 chipsets on the motherboard called North Bridge and South Bridge. Due to new technology requirements, northbridge was integrated into the CPU die itself, examples are Intel's Sandy Bridge and AMD's Fusion processors both released in 2011. The southbridge became redundant and it was replaced by the Platform Controller Hub (PCH) architecture introduced with the Intel 5 Series chipset in 2008. All southbridge features and the remaining I/O functions are managed by the PCH which is directly connected to the CPU via the Direct Media Interface (DMI).

3. What is an Operating system?

Now we have everything we need to use, but there is a missing piece that can orchestrate all these different electronic units. 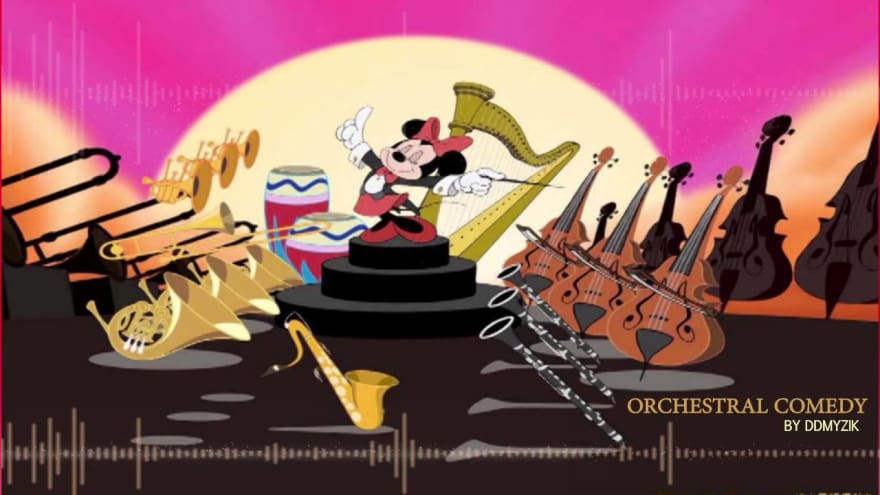 In simple terms, the operating system is a set of files which can

4. What happened when I start my laptop?

Have you ever wondered what happens when you click your laptop power button?
That process of powering and initializing required components is called as Booting process.

Now, I hope we understood how a computer works at a high level. Every step has a lot of algorithms/programs behind it. It's our interest to dig into some specific stage and learn more.

We had talked about chips, motherboards, IC, operating systems But we left with one Interesting Question.

what is the base of all these chips?

where is it started?

which makes all these inventions possible?

Sand is composed of silica (also known as silicon dioxide) and is the starting point for making a processor. Sand used in the building industry is often yellow, orange or red due to impurities, but the type chosen in the manufacture of silicon is a purer form known as silica sand, which is usually recovered by quarrying.

To extract the element silicon from the silica, it must be reduced (in other words, have the oxygen removed from it). This is accomplished by heating a mixture of silica and carbon in an electric arc furnace to a temperature in excess of 2,000°C.

Then This silicon is formed as silicon ingot and goes through a process called PhotoLithography. 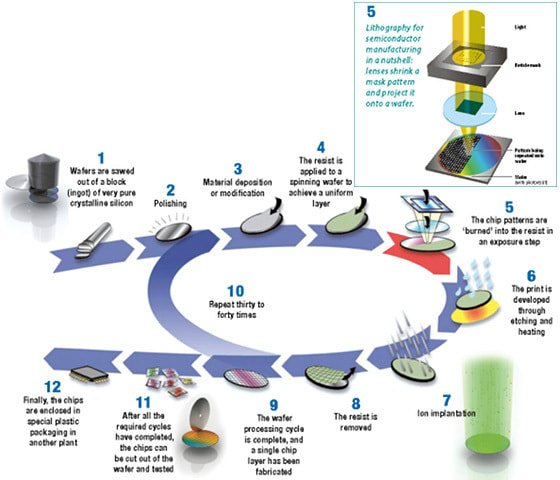 📢 Note
ASML is a global leader in making photolithography machines which are in the size of a big classroom and most expensive. It is the backbone of all chip manufacturers you heard of like Intel, AMD, Samsung, IBM.

You might be wondering why only silicon, though there are more semiconducting materials like germanium suitable for computing.

I would like to end this article here to give you a chance to carry forward the spirit of great computer scientists, mathematicians, and physicists.

Learned something? help others find this article.

Once suspended, entangledcognition will not be able to comment or publish posts until their suspension is removed.

Once unsuspended, entangledcognition will be able to comment and publish posts again.

Once unpublished, all posts by entangledcognition will become hidden and only accessible to themselves.

If entangledcognition is not suspended, they can still re-publish their posts from their dashboard.

Once unpublished, this post will become invisible to the public and only accessible to Bharath Muppa.

Thanks for keeping DEV Community 👩‍💻👨‍💻 safe. Here is what you can do to flag entangledcognition:

Unflagging entangledcognition will restore default visibility to their posts.