Hey folks, in this series is second chapter, here we are going to go through major dart features with the assumption that you already know how to program in another language😉

As you learn Dart you have to keep these concepts in mind:

To indicate that a variable may be null you can use ?

Generally speaking, variables that have no value are null, and this may lead to errors in your code. If you have been programming for any length of time, you are probably already
familiar with null exceptions in your code. The goal of null safety is to help you prevent execution errors raised by the improper use of null. With null safety, by default, your variables cannot be assigned a null value.

⚠️ But wait.. Before migrating your app to null safety check this first:

or migrate your code by hand.

If the package is already on pub.dev, publish the null-safe version as a prerelease version. 🎉 If you have reached this step kudos to you 😉

It works in situations when you are searching for straightforwardness over productivity. To deal with basic and autonomous information, asynchronous programming is an extraordinary decision. 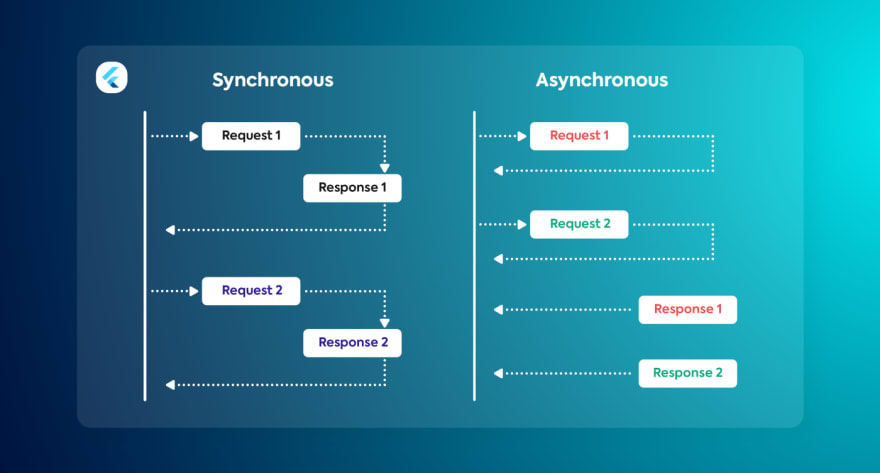 Why should we use asynchronous programming 🤔

Such asynchronous computations usually provide their result as a Future or, if the result has multiple parts, as a Stream. These computations introduce asynchrony into a program. To accommodate that initial asynchrony, other plain Dart functions also need to become asynchronous.

To interact with these asynchronous results, you can use the async and await keywords. Most asynchronous functions are just async Dart functions that depend, possibly deep down, on an inherently asynchronous computation.

hummm, Then what's a future in dart?

A future represents the result of an asynchronous operation, and can have two states: uncompleted or completed

So how can you work with futures ?

The async and await keywords provide a declarative way to define asynchronous functions and use their results. Remember these two basic guidelines when using async and await:

KUDOSS ✈️, you are now capable of some of the major concepts in dart

For more details about the null safety and asynchronous programming please head to dart.dev
Thank you 🎉

5 React Native UI/UX Tips and Tricks you must follow!

Once suspended, dmutoni will not be able to comment or publish posts until their suspension is removed.

Once unsuspended, dmutoni will be able to comment and publish posts again.

Once unpublished, all posts by dmutoni will become hidden and only accessible to themselves.

If dmutoni is not suspended, they can still re-publish their posts from their dashboard.

Once unpublished, this post will become invisible to the public and only accessible to Denyse.

Thanks for keeping DEV Community 👩‍💻👨‍💻 safe. Here is what you can do to flag dmutoni:

Unflagging dmutoni will restore default visibility to their posts.