Docker is a Client- Server architecture. 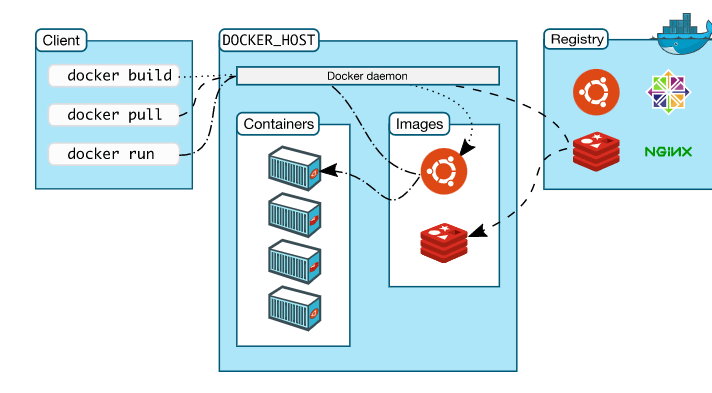 What does the docker client do ?

The client is a tool for users to communicate/ interact with Docker. We can use commands and also Docker provided API to communicate.

The docker host environment to run or execute your application. It runs a program or a piece of software called Daemon. It communicates bi-directionally where it gets user-input and prints the response received.

Docker registry is a repository to store the images. We can also maintain a private registry. Docker will look for the images from the registry by default.

We can pull or run images that are available in the registry as well as push images.