In this article I'd like to introduce you to a React Testing Tool - Jest. As it's well covered on Wiki - Jest is a JavaScript testing framework maintained by Facebook, Inc. with a focus on simplicity. Basically it is designed to test React components. The library that comes very well with Jest which is Enzyme - all docs available on Github repo if you want to learn more about it. Enzyme is a JavaScript Testing tool created by Airbnb for React, which helps to do assertions, manipulations, and traversals in React Components’ output.As you follow we'll cover a bunch of Jest testing paths. In the first part you'll become familiar with theory that stays behind testing as well as creating and configuring files structure for testing basic React components cases. In the future parts we'll cover best practices, snapshot testing and dive deeper into Enzyme.

This post can be extremely helpful for you especially if you're testing newbie 'cause we will start just from scratch. By the end, you’ll be up and running, testing React applications using Jest and Enzyme. You should be familiar with React in order to follow this tutorial.

Let's just jump right into it! Testing to the rescue 🦸‍♂️

Testing software can be defined as an activity to check whether the actual results match the expected results and to ensure that the software system is defect free. It involves the execution of a software component or system component to evaluate one or more properties of interest. Software testing also helps to identify errors, gaps, or missing requirements in contrary to the actual requirements. It can be either done manually or using automated tools.

We can go over and explain some of the types of testing methods:

1. Unit Testing
Testing each component or module of your software project is known as unit testing. To perform this kind of testing, knowledge of programming is necessary. So only programmers do this kind of tests, not testers.

You have to do a great deal of unit testing as you should test each and every unit of code in your project.

As it every software mechanism also testing has advantages and disadvantages.

Before moving onto the testing part, it would be great if you have a basic understanding of “How to create a simple React application using Create React App?” and the structure of a React App. Please refer the official documentation

Note - npx it's a package runner tool that comes with npm 5.2+ 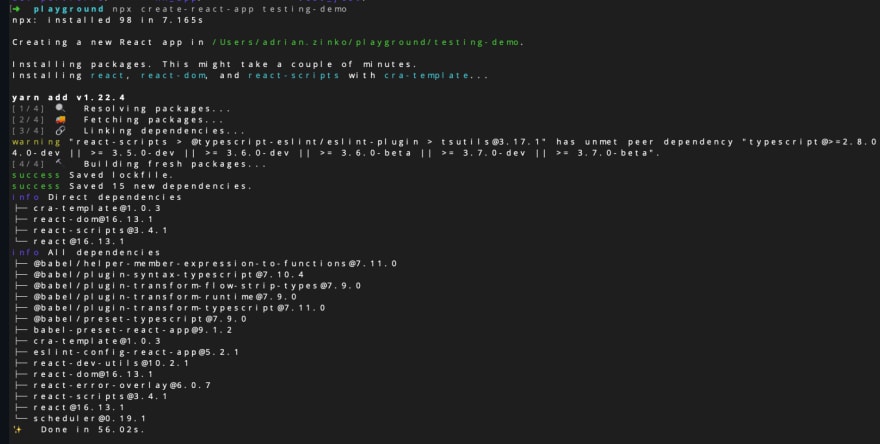 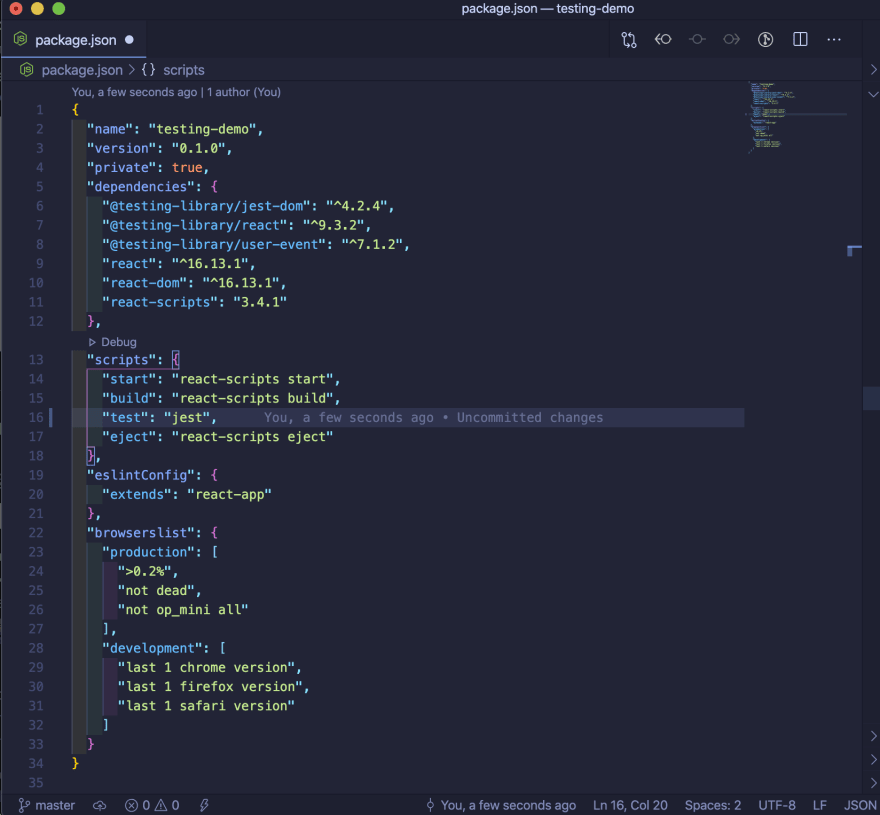 Now you're on a great way to start practice with testing

In the next lecture, I'll continue with best practices, snapshot testing, and dive deeper into Enzyme.
I've got you covered 🔥
Maybe a little bit more interested in testing. What are your thoughts about testing? Share your opinion in the comments section. See you 🙈👋