The main purpose of enormous popularity of Docker nowadays is that it’s really easy to use and it allows developers to create a portable application that could be run on every machine in a nick of time. With this blog post I would like to present how simple is to create your own Docker image with your own Java app inside.

Haven’t you heard of Docker yet? Or maybe you’re not comfortable with what exactly it is? Don’t worry, you can check my previous article in which I elaborate on that.

For demonstration purposes for this blog post I’ve created a simple Java project. It’s a Spring Boot app that connects to the NASA Astronomy Picture of the Day API, gets the picture of the current day with description and then prints it on a main page (HTML).

The source code of the application could be found on my GitHub account. And if you’re not familiar with Spring Boot, don’t worry. I won’t focus on its implementation, only Docker 🐋.

Creating and running the container

To start with that go to the root folder of your project (in my case ~/nasa-picture) and create a new text file called Dockerfile. It’ll contain all steps necessary to create an image (like steps in a food reciepe). For my application it looks like this:

Wow, what’s that even mean?! Some steps might be self-explanatory but let’s break all of them into smaller pieces.

Once we’ve got it we can go to the terminal, to a folder where Dockerfile is located and when you’re in there build an image with following command (the argument after -t flag is a name of an image, you can choose whatever you’d like; also notice that there is a dot . at the end of the command):

As you can see from above output, Docker is building the image by executing command step-by-step as they were defined in the Dockerfile.

Now we can check whether it was really built with following command:

Great an image is available, so let’s run it:

Yeah! Container has been created and it’s running, and to test it enter following URL in your browser — http://localhost:3333/ 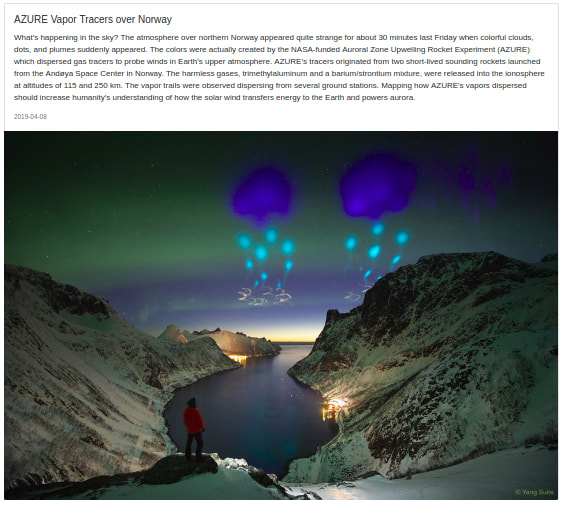 Now if you want to stop the application just use Ctrl + C combination on your keyboard. To inspect if it really is not running type the following:

Export Docker image to a file

Until this point everything was done on a single PC, but usually we would like to share our work with others and this would require to generate a file that could be sent via email, copied to Dopbox, fttp or so on. Docker allows to save an image as .tar file and to do so just type following command:

First argument, with --output flag, is a name of an exported file and the latter is an image name that we put to a file.

As we now have an exported image you can share it and then to open it use following instruction:

After that new image will be extracted and available to run (the same way as it was done previously).

Previous method works fine, but let be honest. It’s not 21st century approach. We get used to be able to download everything from the Internet in the matter of seconds. Therefore exchanging files with Docker images might not to be the so convenient.

Instead we can push our image to the central repository, Docker Hub, and then be able to type it’s name in the console to fetch it wherever we are. 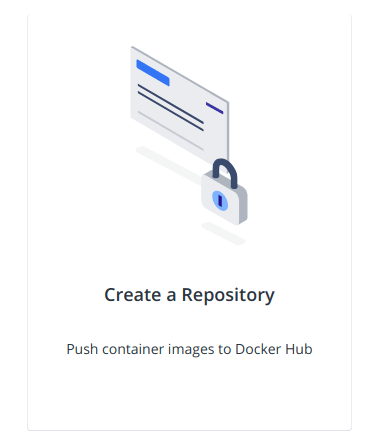 To do so first you need to have an account in Docker Hub. If you don’t have it create one, it’s free.

Then, after logging to your account, on a main page there will be an icon to Create arepository (see picture on the left). Click on it.

Next, a new page will show up where you can provide the name of the repository, its description and decide whether it will be a public (open to the world) or private (only you would see it) repository.

When everything is set up, just click Create button at the bottom of the page.

Now let’s back to the console on our PC and in it type following command in order to login to Docker Hub (during it it will prompt to provide the password):

Ok, so we’re connected. Now let’s prepare an image that will be pushed. I assume that you still have your image and to check it type:

We need add tag to an image. The tag usually contains useful information about a version of an image and it’s indicated with semi-columns after the image name, for example :latest.

Everything is set up, so now let’s push it to the repository:

It’s now in Docker Hub! To check it go to the website or you can pull the image in command line. If you go with second option first make sure that you don’t have this image locally with docker image prune -a. The you’ll be able to perform this:

All right! It’s working! But what if you don’t want to provide the :firsttry tag whenever you need to pull an image? There’s nothing simpler, when you tag an image, as it was done in previous step, you need to tag it with :latest and then push it to Docker Hub. From now on to pull an image you can use docker pull wkrzywiec/nasa-picture .

If you would like to see the source of code of an application go check my GitHub project:

Single-page application which display NASA's Astronomy Picture of the Day

Or you can pull it’s Docker image:
Docker Hub on hub.docker.com

5 CSS card hover effect that will blow your mind 🔥🤯

How my company follows Agile + DevOps in daily work